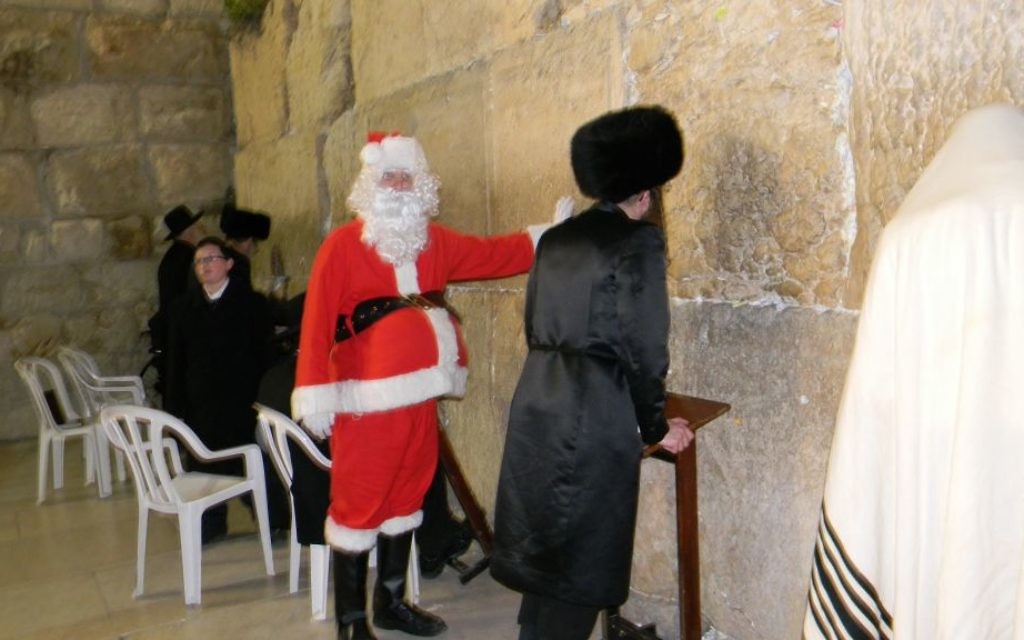 I had to share these pictures from Shushan Purim eve at the Kotel. I saw hundreds of people in costumes in Jerusalem, but this one wins the prize for chutzpah.

When I saw him approach I thought there might be an outcry. Then it dawned on me that most of the haredi people at the Kotel at the time, having never lived outside Israel, probably have no idea about the significance of the red suit, and probably viewed him as dressed as a rabbi in a funny costume.

One thing I have never had the courage to do in Israel, until now, is get behind the wheel. Israelis are widely viewed as reckless drivers, and when you factor in the preponderance of small cars and the often treacherous mountain roads, you can see why the annual highway toll in death and injury is so high.

I was pleasantly surprised to find that the reputation for rudeness and recklessness, as far as I saw, was unearned. Unlike in New York, where the driver to your left will most often accelerate rather than let you switch lanes, every driver I encountered slowed down and let me go. Patience, however, is another thing: My son noticed that within microseconds of a light turning green, the driver behind you is leaning on his horn, a bit quicker than New York drivers who will at least wait for you to take your foot off the brake.

There are precious few places in Jerusalem other than hotels, landmarks and government buildings that are still left intact from the time I spent here as a student in the 80s.

The first time I returned in the early 90s, there was a huge influx of U.S. chain stores such as Blockbuster Video ,Tower Records and Pizza Hut, likely a peace dividend from the Oslo handshake. Most of those stores are all gone (as are some of the chains in general). It’s been so long since the original American hangout, Richie’s Pizza on King George Street, closed its doors in the early 90s that I can’t even identify for sure which storefront it once occupied.

The only holdover I could find as Café Rimon on Luntz Street, off Ben Yehuda, and I made a point of eating a Shushan Purim seudah there on Friday. It reminded me of many Friday afternoons spent there with large groups of people from different yeshivas.

Rimon (which means pomegranate but can also mean grenade), of course, bears no resemblance to its older self, having been renovated many times since then and expanded to the store next door, so that it now has separate eating areas for meat and dairy, a rarity in Israel. When I sat down, I learned from the menu that the café actually dates back to 1953, just a few years younger than the state itself.

The food was overpriced, but worthwhile. There are plenty of places here to get a meal, but few that offer a side order of memories.