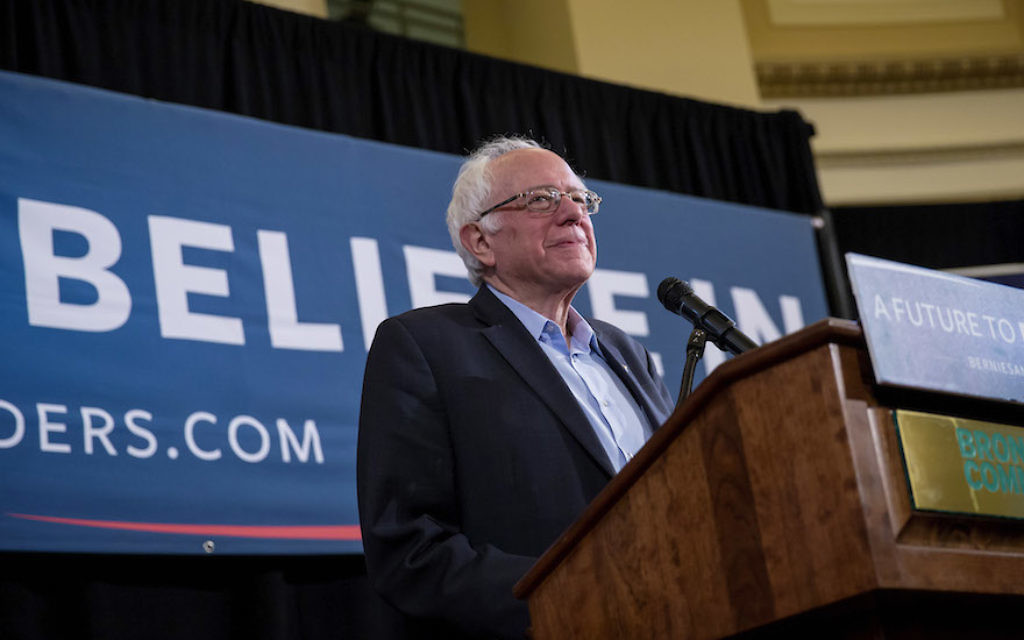 Israel has a right to be protected by the United States, Bernie Sanders, a candidate in the primaries of the Democratic Party, said.

Sanders, who has spoken out in favor of Palestinian interests as well as Israel’s right to exist in security, made this assertion Sunday during an interview with NBC’s “Meet the Press.”

“I am 100 percent pro-Israel in the sense of Israel’s right to exist,” Sanders said. “I lived in Israel, I have family in Israel, Israel has the right to live not only in peace and security, but to know that their very existence will be protected by the United States government,” Sanders said.

Last week, Sanders appointed three Israel critics, including Cornel West, who supports boycotts against Israel, to help draft the party’s platform ahead of the convention in Philadelphia. On “Meet the Press,” Sanders said his view is that the United States “has got to respect the needs of the Palestinian people. They cannot be pushed aside.” Asked whether he wanted the party platform to say the Palestinians were occupied, Sanders said conditions were premature for determining the language, but added: “We’ve got some good people on our platform-writing committee.”

Last month, Sanders suspended his campaign’s Jewish outreach coordinator shortly after appointing her after it was revealed that she previously had posted an expletive-ridden Facebook diatribe against Israeli Prime Minister Benjamin Netanyahu.

Simone Zimmerman wrote last year on Facebook that “Bibi Netanyahu is an arrogant, deceptive, cynical, manipulative a**hole,” and: “F**k you, Bibi … you sanctioned the murder of over 2,000 people this summer.”

The campaign of Hillary Clinton insisted that the 2016 platform will reflect the party’s longstanding strong support for Israel.

“The Democratic Party has always, in the platform, reflected longstanding, strong support for Israel. I don’t expect that to change,” Wendy Sherman, former Under Secretary of State for Political Affairs and a foreign policy adviser to Clinton, told Jewish Insider on Friday.