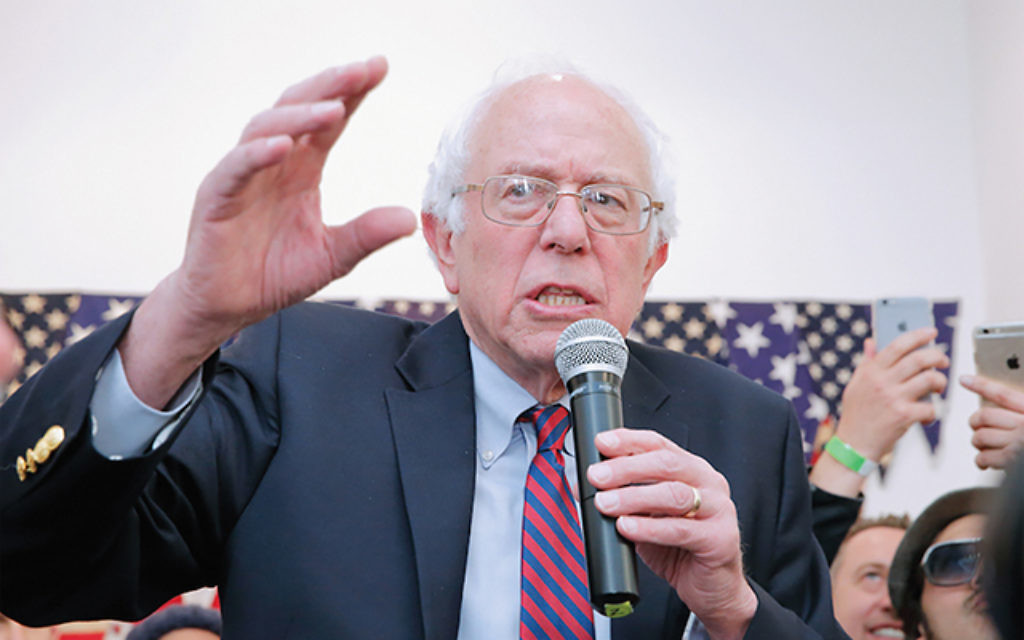 Bernie Sanders, campaigning last weekend in Baltimore ahead of Tuesday’s primary in Maryland, sounded familiar and poignant notes about American poverty, arguing that the United States, the world’s mightiest power, lags behind developing countries on a number of scales.

One marker, though, was odd: Two neighborhoods in Baltimore, he said, have worse infant mortality rates than in the West Bank.

“People don’t know this. If you are born in Baltimore’s poorest neighborhoods, your life expectancy is almost 20 years shorter than if you are born in a wealthier neighborhood. Fifteen neighborhoods in Baltimore have lower life expectancies than North Korea,” he continued, drawing shocked boos from the crowd. “Two of them have a higher infant mortality rate than the West Bank in Palestine. Baltimore teenagers between the ages of 15 and 19 face poorer health conditions and a worse economic outlook than those in distressed cities in Nigeria, India, China and South Africa.”

Some listeners might be surprised to hear the West Bank used as a negative benchmark for infant mortality. According to this CIA chart, the West Bank lands pretty much smack dab in the middle of the world infant mortality rate, 115th out of 224, or 13.08 deaths per 1,000 live births. That places it ahead of relatively developed countries like Turkey, Malaysia and Brazil, not to mention Syria (15.61), Saudi Arabia (14.08) and Jordan (15.18).

I’ve asked the Sanders campaign why he included the West Bank — I have yet to hear from them — on a list that referenced North Korea, Nigeria, India, China and South Africa, each a nation that connotes, in our popular culture, repression, violence and poverty.

The American Jewish Committee CEO, David Harris, is put out by Sanders’ comparison. “What do the serious issues Baltimore’s leadership and population are confronting have to do with daily Palestinian life in the West Bank?” he asked in a statement. “Inserting the Israeli-Palestinian conflict into unrelated American political discourse serves only one purpose, to encourage those who are narrowly focused on assailing Israel for any shortcomings [or] failings by the Palestinian Authority.”

The Sanders camp may well have drawn its comparison from a May 4, 2015 piece in the online news site Vox, titled “In 2 Baltimore neighborhoods, infant mortality is higher than in the West Bank.” According to that article, drawing on the same CIA data for its comparisons, the two Baltimore neighborhoods in question are Little Italy and Greenmount East. Both have infant mortality rates above 20, meaning “that for every 100 babies born there in 2013, two died before their first birthday. That’s a higher rate than you find in the West Bank, Honduras, or Venezuela.”

In that same Vox article, Sanders could have found a compelling comparison without reaching beyond Baltimore’s city limits (and stepping yet again into the Israeli-Palestinian conflict in a way sure to rile his pro-Israel critics): “Kids born in Little Italy are more than 10 times as likely to die before their first birthday as those born in Canton,” a relatively affluent neighborhood about 1.5 miles away.