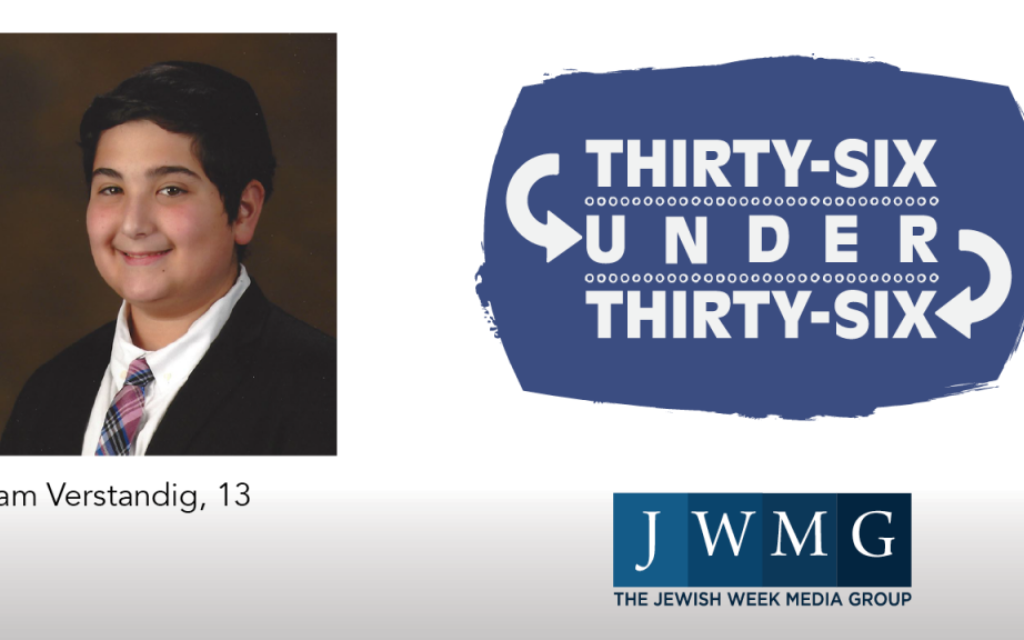 A fight was about to break out during a pick-up football game in the schoolyard of the Yeshiva of Central Queens in the Kew Gardens Hills neighborhood last fall. Two eighth-grade boys were squaring off, ready to come to blows when another eighth-grader stepped between them, directing other players to keep the potential pugilists apart.

The players calmed down and the game went on. And Verstandig, the peacemaker, performed on a micro level what he’s done throughout his Modern Orthodox day school — helping to prevent violence, bullying and intolerance.

Since last year, when he joined Mix It Up, his school’s anti-bullying program, Verstandig, who served this year as president, has become an activist, energizing and expanding the scope of the program. He’s organized ice breakers to introduce students to each other, drawn up a Power Point presentation, helped to run a poster contest, lobbied government officials from the city to the federal level and befriended politicians; along the way he’s raised more than $2,000 for his activities popularizing the program, developing a website and giving a series of speeches.

He does all this when he’s not playing baseball in the Jewish Community Little League, volunteering for NCSY’s Yachad organization or helping out at his school’s office.

Taking a stand against bullying is “the right thing to do,” Verstandig said, who was subject to some minor bullying himself several years ago. “I like helping people.”

Verstandig, who next year will attend the Yeshiva University High School for Boys (MTA), said he’d like to become an attorney or politician one day.

Since taking an active role in Mix It Up, he said, he’s seen a decrease in bullying at his school.

When stepping between combatants, Verstanding takes a physical risk. Like in the YCQ schoolyard last year. But, he said, “It’s not going to stop me. If I get punched, I get punched.”