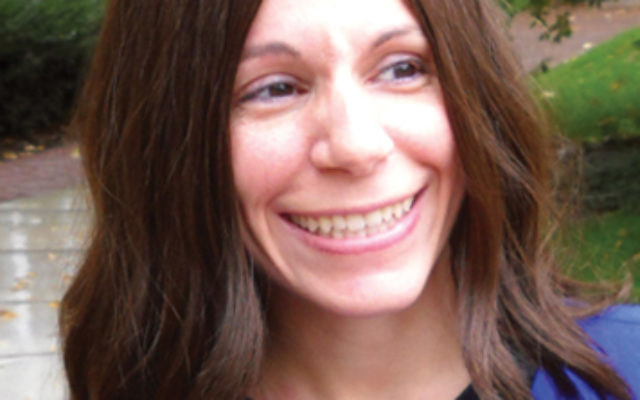 Stories about sexual violence and rabbis behaving badly continue to make headlines. These incidents are not restricted to the Jewish world; sexual violence and abuse of power know no boundaries of faith. Yet Jewish communities are left with questions begging to be answered: How do we react to these crimes? How should we react?

But we must first ask: Why do these behaviors persist? Because we let them happen. Our community reinforces a culture of silence, and even when victims overcome it, we often blame the victims. If we want this to stop, it is time to look in the mirror.

All too often, when powerful individuals commit sex crimes, silence is the default reaction. In all of the recent cases, the rumors and rumblings about inappropriate behavior that circulated for years before abuse came to light were met with silence. Ignoring rumors about misconduct or “creepy” behavior empowers individuals to carry on acting inappropriately and may even embolden them to venture further. Silence enables abuses of power to continue and allows inappropriate actions to develop into illegal ones.

Because of our silence, many cases of sex crimes never get reported. And when they are reported, we excuse the behavior of our leaders and instead question that of their victims.

Powerful individuals often rise above suspicion. In the ongoing case of Marc Gafni, his position of power has been cited to explain why people ignored the allegations against him as a spiritual teacher who has had numerous sexually and/or psychologically abusive relationships. When communities have to face the idea that their leaders may not live up to their virtuous public personas, they experience cognitive dissonance. They are reluctant to accept that a member of a religious group, especially a leader, would behave in ways that go against their avowed ethical norms. Aware of the pushback they will generate, victims or concerned community members may feel powerless to speak out against the powerful. Further, those who abuse their power can easily orchestrate cover-ups or ensure they are not held accountable for their actions. But once we recognize this cognitive dissonance, we can challenge and confront those who make excuses for a leader’s misconduct.

Blaming victims or creating a hostile environment for them are common tools we use to deal with the cognitive dissonance that surfaces in these cases. Our relationship with or knowledge of the perpetrators clouds our judgment when we learn that they have misbehaved. That is why we need an outside, objective oversight body whose job it is to investigate and intervene in these cases, especially those that are ambiguous or unclear. When we know that we will be held accountable for failing to act we will be less likely to turn away from victims and more likely to act on information about suspicious behavior.

We must train ourselves and our communities to acknowledge concerns, particularly those about people in positions of power in our communities. These concerns must not be whispered, but voiced loudly and clearly to those who need to hear them and to those who can and will take action. When rabbis simply state that they regret supporting a perpetrator but fail to offer further comment — it makes them culpable. Rabbis should provide clear statements as to why they regret their past support of a misbehaving leader and that they stand together with his or her victims.

Even when victims do find the strength to speak out, they are often met with responses that neutralize their concerns. In the 1950s, Gresham Sykes and David Matza named five strategies delinquents use to neutralize their crimes. Their framework sheds light on how the way we speak about sex crimes can neutralize and deflect blame from the perpetrators to the victims. The five techniques include denial of responsibility (it’s not the perpetrator’s fault), denial of injury (Gafni called his actions an “outrageous act of love”), denial of the victim (Rabbi Eric Siroka suggested he was having an affair with his victims), condemnation of the condemners (Gafni says his detractors are committing “sexual McCarthyism”), and appealing to higher loyalties (Gafni’s supporters explain his actions as part of his special energy used to counsel and teach). These excuses are all too familiar from media coverage of recent incidents.

Once I understood the techniques, they leaped out at me from the news stories reporting the sexual crimes and abuses of power of our leaders, and I understood how we were failing their victims. These strategies dilute accountability and make it less likely that perpetrators will engage in the introspection necessary to address the problem. They ensure that perpetrators remain free of guilt. They focus our attention on the actions of individual perpetrators rather than on dysfunctional structures in our communities that allow sexual violence and abuse to occur and remain concealed for many years. One is the practice of allowing rabbis to investigate one another; another is not publicizing the reasons for their expulsions from their organizations.

While rumors do not indicate outright criminality, they must be investigated. The cost of ignoring them is too high. But investigating allegations after they occur is too little too late. We must implement clear policies and action plans in our institutions to deal with problematic behaviors before they arise rather than rely on the current reactionary responses. We need to make definitions of prohibited behaviors explicit so that we can recognize when we need to blow the whistle or turn to the police. Victims need our assurance that it is safe for them to report crimes, that we will protect them and stand by their side.

Our community needs to wake up to the reality of how predators operate, and not rationalize away their behavior. Otherwise, we are all responsible for contributing to the walls of silence around the sexual crimes of the powerful.

Guila Benchimol, a Wexner Graduate Fellow/Davidson Scholar, is a doctoral candidate in sociological criminology at the University of Guelph in Ontario, Canada.