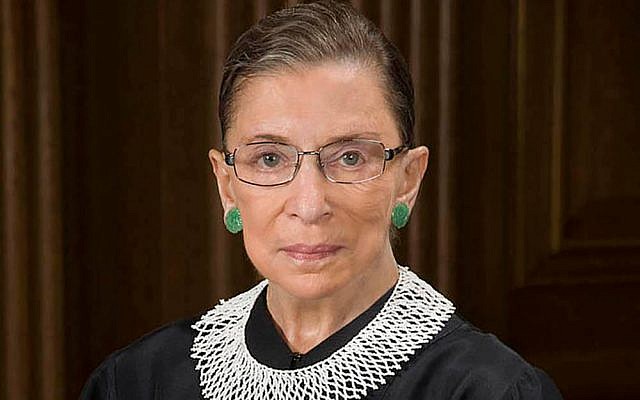 WASHINGTON (JTA) — There’s no evidence of cancer remaining in Supreme Court Justice Ruth Bader Ginsburg, the court said, and she will keep working.

“Justice Ginsburg will continue to work from home next week and will participate in the consideration and decision of the cases on the basis of the briefs and the transcripts of oral arguments,” a court statement said Friday. “Her recovery from surgery is on track. Post-surgery evaluation indicates no evidence of remaining disease, and no further treatment is required.”

Ginsburg, 85, is the oldest justice and the dean of its liberal minority. She has survived colorectal cancer in 1999, pancreatic cancer in 2009, and cancerous growths on her lungs, discovered after she fell and broke ribs, were removed last month.

Ginsburg, who is Jewish, missed appearing on the bench for the first time since she became a justice in 1993 because of the operation, but she has continued to work.