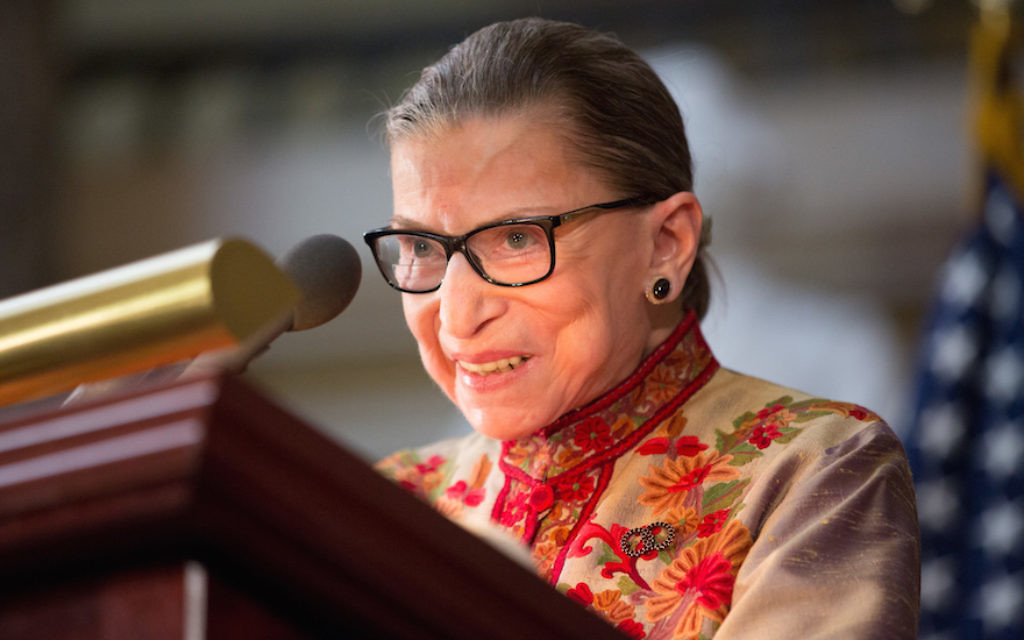 Supreme Court Justice Ruth Bader Ginsburg said she “can’t imagine what the country would be” with Donald Trump as president.

Ginsburg in an interview with The New York Times published Saturday also rebuked the U.S. Senate for refusing to act on President Barack Obama’s Supreme Court nominee, Merrick Garland, who like her is Jewish.

Ginsburg said the possibility of Trump winning the presidential election in November reminded her of something her late husband, Martin, would have said.

“‘Now it’s time for us to move to New Zealand,’” she quoted him as saying during the interview in her chambers.

Regarding Garland, currently the chief of the U.S. Court of Appeals for the District of Columbia, Ginsburg said the Senate has an obligation to hold hearings and a vote on the nomination. Garland was nominated in March but the Senate has yet to hold a hearing on his credentials.

“That’s their job,” she said. “There’s nothing in the Constitution that says the president stops being president in his last year.”

If confirmed, Garland would be the fourth Jewish justice on the nation’s highest court, which is comprised entirely of Jews and Catholics. Along with Ginsburg, the other Jewish members are Elena Kagan and Stephen Breyer.

“I think he is about as well qualified as any nominee to this court,” Ginsburg said of Garland. “Super bright and very nice, very easy to deal with. And super prepared. He would be a great colleague.”

Ginsburg, 83, who has twice been treated for cancer and immediately returned to the bench, said she would not leave her job “as long as I can do it full steam.”