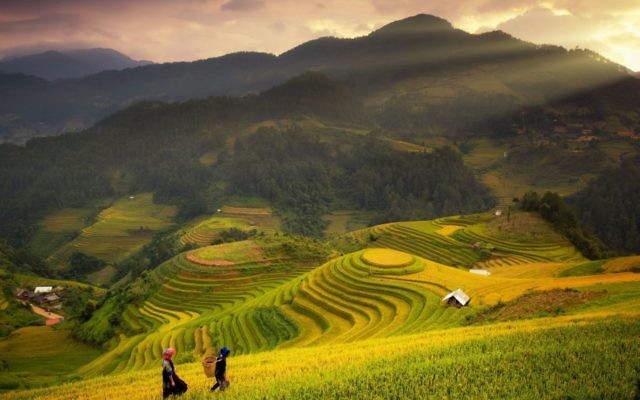 “And you shall not oppress a stranger, for you know the feelings of the stranger, since you were strangers in the land of Egypt.” (Exodus, 23:9.)

Yes, strangers in Egypt, and also strangers in Russia, Austria-Hungary, Romania, Germany, Poland, Syria, Iraq, Iran, Morocco, Spain – the list goes on. We are immigrants, almost all of us, new to this country by a generation or two. So when the leader of this country compiles a list of foreign lands whose inhabitants are no longer welcome into the United States, we know that we are not on that list but for the grace of God. Not eighty years has passed since the SS St. Louis was turned away by Cuba, and then the U.S.

How fitting it is that we will read the Book of Ruth over the upcoming holiday of Shavuot, the story of Judaism’s most famous immigrant. Ruth was a princess from Moav, a nation that was strictly forbidden from metaphorically immigrating among the Jewish people, in that Moavite males may not convert and marry Jews.

This denial of entry and access is not so dissimilar to the travel ban restricting entry into the U.S. from an enumerated list of countries:

The ban was temporarily stayed by a number of courts, after which the president revised the language of the ban in an attempt to have it ruled valid. Two federal appellate courts are presently debating whether the president’s revised travel ban violates the Constitution. (EDITOR’S NOTE: Since this blog post was published, the Fourth Circuit has refused to reinstate the travel ban. Read here.)

Ruth had been comfortable in her homeland of Moav until disaster struck. Her father-in-law, husband, and brother-in-law all died. Ruth’s mother-in-law, Naomi, sought refuge in Israel after hearing that the land provided a form of welfare entitlements by allowing the poor to collect wheat. Despite Naomi’s urging for Ruth to stay behind, Ruth insisted on following Naomi.

And so while we begin to read of Ruth’s journey, the journeys of so many seeking to enter the U.S. and flee the disasters haunting them at home are halted. The State of Hawaii was the first to seek action against the revised travel ban, no doubt spurred by the memories of Japanese-American internments during World War II. Hawaii argued that tourism from the Middle East, vital to its fiscal well-being, has dropped over 60% as a result of the ban. Attendance at its university is also down, both by would-be students from the designated countries as well as by students from other countries who are hesitant to attend a U.S. university because of the ban’s discriminatory effects. (Ninth Circuit brief challenging Executive Order, pp. 18, 20).

These arguments did not move the president, who characterized them as “non-imminent” and “speculative.” As for those who decline to attend Hawaii’s university because of the hostile environment imposed by the ban, well, that’s their “personal choice.” (Ninth Circuit brief defending Executive Order, pp. 17, 23 n. 4).

The people of Israel respond quite differently to Ruth, a Moavite, entering their land. She visits the fields of a wealthy landowner named Boaz in order to find enough wheat to sustain herself and Naomi. She catches the attention of Boaz, who is made aware that Ruth is a foreigner from Moav.

Boaz said to his servant who was overseeing the harvesters: “To whom does that young woman belong?” “She is a Moavite girl,” the servant replied, “the one who returned with Naomi from the fields of Moav.” (Ruth, 2:5.)

With sympathy for the destitute woman crouching in the field, and perhaps in love at first sight, Boaz follows his conscience and his heart, and embraces Ruth:

“Hear me well, my daughter. Do not go to glean in another field, and don’t leave here, but stay close to my maidens. Keep your eyes on the field from which they are harvesting and follow them. I have ordered the young men not to molest you. Should you get thirsty, go to the jugs and drink from what the young men have drawn.” (Ruth, 2:8.)

Ruth is bewildered, having anticipated being scorned because of her status as a foreigner. She falls on her face, bowing down to the ground, and asks Boaz: “Why have I found favor in your eyes that you should take special note of me though I am a foreigner?” (Ruth, 2:10.) Boaz admires Ruth’s loyalty to her mother-in-law, he explains. (Ruth, 2:11.) And then he blesses her for that loyalty:

“May Hashem reward your actions, and may your payment be full from Hashem, the G-d of Israel, under whose wings you have come to seek refuge.” (Ruth, 2:12.)

Family. Perhaps the heaviest casualty suffered by refugees forced to leave their own flesh and blood behind. A co-plaintiff challenging the travel ban recited to the court how the ban and its message “has devastated him and caused his children to believe that their country discriminates against individuals who hold the same religious beliefs. And he and his family are particularly harmed by the Order because it imposes an impediment to the admission of Dr. Elshikh’s Syrian mother-in-law, causing his children to ask: ‘Dad, how come we can’t have our grandmother like our friends; is it because we are Muslims?'”(Brief challenging Executive Order, p. 15.) The president had little sympathy for this plight, calling the plaintiff’s “asserted psychological reaction” an “abstract stigmatic injury.” (Brief defending Executive Order, pp. 17, 28.)

The courts have yet to issue their decisions, but the effects of the travel ban have already been felt.

“The first Executive Order spurred confusion, chaos, and outrage. Over 100 individuals were immediately detained at U.S. airports, and the Government revoked 60,000 visas during the first week. Within hours, individuals and entities began filing lawsuits challenging the Order, and within a week a Washington District Court enjoined its enforcement nationwide.” (Brief challenging Executive Order, p. 5.)

The effects of Boaz’s kindness were also felt, and resonate still, as the union of Boaz and Ruth produced King David.

“And so, Boaz took Ruth and she became his wife. Hashem let her conceive, and she bore a son. The neighborhood women named him Oved; he was the father of Yishai, the father of David.” (Ruth: 4, 13, 17.)

Truly, there are lessons to be learned from Boaz’s compassion, values to be gleaned along with the wheat.