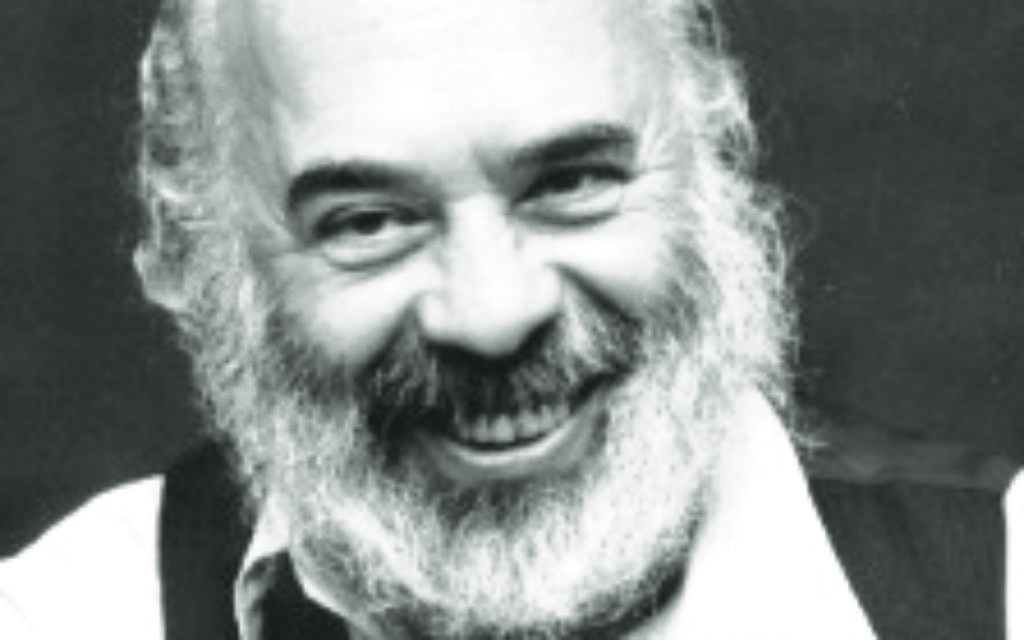 This is the season of memory, of Yizkor. The memorial prayer for loved ones is recited four times in a year, two of them in these days between Yom Kippur and Shemini Atzeret.

Then Siggy, pointing to the courtyard outside the shul, said, “And now, look! Everyone’s outside. This country is a miracle.”

There are Carlebach minyans all over the Jewish world these days, each service infused with the songs of the pioneering musical rebbe, Shlomo Carlebach. The last time I saw him was at Yizkor on Shemini Atzeret, 1994, when he had 24 days to live.

At that last Yizkor service, he didn’t sing and there were no preliminary readings. He explained that the Yizkor was so brief, just a paragraph or so, because Yizkor is a time when the connection between this world and the Other is as sudden and fleeting as a dream. Yizkor takes place on Heaven’s time, not by an earthly clock.

The more at ease you are with the Other World, said Reb Shlomo, the more you’re spiritually prepared for the flashing of that Yizkor portal that opens and closes, one-two-three, the less the need to hesitate and linger with preliminary songs and words. The mystics understood this, said Reb Shlomo. This is why the Yizkor for a parent is only a paragraph, for a parent no less, as brief as anything in liturgy.

Chanan Kessler, a New York schoolteacher, has been blogging (http://mykaddishyear.blogspot.com), through his year of Kaddish, musing about the Yizkor cycle and the mundane but mysterious protocols of the daily minyan.

After an earlier Yizkor, Kessler bloggd: “I walked to shul alone in the early morning. … But as my steps brought me closer to shul, I felt in a different sort of mood than usual. I knew that, unlike most services, there would be space for me to be at one with my mourning. If I felt like crying, I could….”

Yizkor is said on the three major festivals, and Yom Kippur is considered a festival, too. “The prayers today were festive, too festive for my mood,” he writes of an earlier Yizkor. “The prayer leader sang the full Hallel with soulful, uplifting melodies. I’d rather he hadn’t.” Kessler quotes a line from Leon Wieseltier’s “Kaddish.” “For sorrow wants nothing but sorrow.”

At his first Yizkor, “the tears flowed, the wound felt raw, but it closed up quickly,” he blogs. The second time, “I wished the Yizkor service was longer. The prayer for one’s parent is only six lines. I repeated it, feeling unfinished after the first reading. I didn’t want to move on.”

One doesn’t often see Orthodox and Conservative congregations coming together for holy purpose, but siblings whose love for each other and their common family is paramount at a time of mourning. Members of the Young Israel of North Riverdale and the Conservative Synagogue Adath Israel of Riverdale met at the latter’s shul earlier this month, together with many educators from the SAR Academy (Disclosure: this reporter has a son at SAR), for a siyum commemorating a year of study of Mishanyot in honor of Matt Fenster, 36, a young resident of the community whose year of mourning recently concluded.

More than 100 people assumed responsibility for studying a whole tractate, with scores more participating in public study, as well. More than 30,000 people became transfixed by Matt’s blogging his experience of dying from acute myeloid leukemia (http://www.caringbridge.org/visit/mattfenster/journal/3) with writing that was not maudlin but at times brilliant, ethereal, good- humored and highly spiritual.

Rabbi Barry Dov Katz, spiritual leader of the Conservative shul, explained after the siyum, “A Yizkor or a yahrtzeit is like a radio frequency,” when you can pick up a soul’s signal.

Jennifer, Matt’s wife, told us that the first time she said Yizkor for Matt she was still saying Kaddish. “For me, it was still an everyday sadness, I didn’t need a prescribed time. This will be my first Yizkor that I’m not also saying Kaddish every day. It may be a different experience.”

Will her children, ages 4 through 11, stay inside for Yizkor? “I didn’t want to push them too hard. They have stayed inside. Sometimes they don’t. I wanted them to know what it was about, to see what we were doing.” They all lit individual candles on their father’s yahrtzeit.

When the congregation recites Psalm 23, often included with Yizkor, Jennifer can’t help but remember “that was Matt’s last posting,” his commentary on the Psalm: “You prepare a table before me in view of my tormentors.” [“I think about the tables in my life … my childhood dinner table … breakfast before school with my kids … the seder table … the table from which I read the Torah in synagogue.”] “May only goodness and kindness pursue me all the days of my life…” [“Although I am saddened by what I will miss, the days with which I have been blessed have been full.]”

In old Jerusalem, a new moon was declared when witnesses testified to its presence to a beit din (court). When satisfied, the head of the court would say, “Mekudash. It is sanctified!” And all would answer, “Mekudash! Mekudash!”

What’s interesting, said Rabbi Katz at the siyum, is that “the new moon is an absence of moon … We look up and see nothing.”

The moon is there, says Rabbi Katz, but “it tempting to not trust ourselves, our vision. Is that really it? At that moment between darkness and light, we need to trust, to believe in our ability to testify to what we saw, what we experienced. To trust in our words.

“Over the course of the last few years, we’ve shared so many words: Words of despair, of concern; whispered conversations late at night about the meaning of life… We did just as the Mishna instructs us to do,” mused the rabbi, “we responded to the time when we were not sure of the light by searching for it, by believing that it was there…”

As if with the moon, at Yizkor we testify that we see what eyes can't see, but will see again.And the Beit Din says, "Mikudash! Mikudash! It is sanctified."