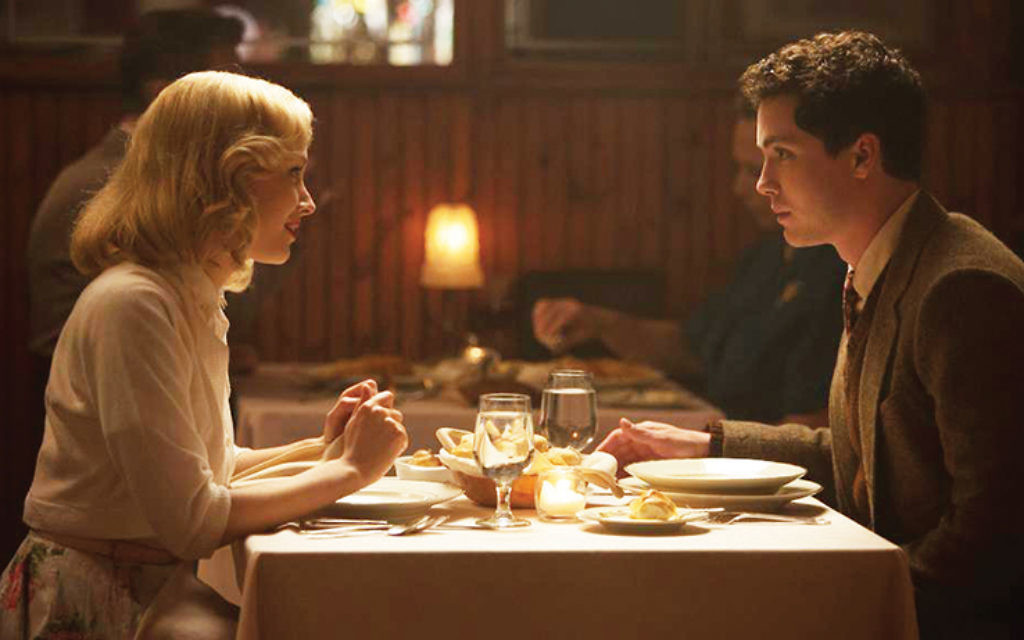 What is it about Philip Roth that Hollywood just doesn’t get?

Watching the latest adaptation of a Roth novel, James Schamus’ film of “Indignation,’ which opens on Friday, July 29, the question is inevitable.

Schamus’ work as a producer and head of independent film companies is impeccable. His intelligence and taste are proverbial, and he brings them to bear in his screenplay for and direction of the film, his first as a director.

“Indignation” is certainly an improvement over Larry Peerce’s shrill “Goodbye Columbus,” Robert Benton’s tedious “The Human Stain” and Barry Levinson’s embarrassing “The Humbling.” (We will pass over Ernest Lehman’s “Portnoy’s Complaint” in teeth-gritted silence.) But it comes no closer than those films to catching Roth’s brand of lightning, that unique blend of linguistic dexterity, a sardonic, embodied Jewishness, alienated Hyphen-Americanism and sex.

Admittedly, the Roth of the later novels is more austere, but the fireworks are still there, if muted. In that respect, Schamus comes closer to his source material, for “Indignation” is a tamped-down film both visually and verbally.

Roth’s novel features a particularly ingenious variant on the unreliable narrator. The story is told in two radically different tones by its protagonist, Marcus Messner (Logan Lerman in the film). Messner is another of Roth’s “counterlife” narrators, a version of the author who ends up as a draftee in the Korean War despite his best efforts. The precipitating disaster that leads him to war is the principle action of the book and film, with the studious Messner leaving his Newark family home and doting parents in 1951 for a very WASPy Ohio college, Winesburg, an obvious homage to Sherwood Anderson’s dyspeptic, dystopian pre-suburban fictional town of the same name.

Messner is one of only 80 Jews in the 1,400-member student body of a school that requires attendance at chapel. Young Marcus is a dedicated and successful student – frequently described in the film as “intense.” He is also a would-be atheist, driven by his admiration for Bertrand Russell, a choice of hero calculated to enrage any representative of witch hunt-era Middle America. So is his choice of romantic partner: Olivia Hutton (Sara Gadon), another in the long line of Rothian shiksa goddesses, a mysteriously troubled beauty who performs oral sex on a surprised Marcus on their first date.

Inevitably, Messner’s prickliness leads him into conflict with his two Jewish roommates and a confrontation with Dean Caudwell (the playwright Tracy Letts), a pillar of academic and Christian rectitude. Their first collision provides both the novel and the film with its most memorable and effective scene, with young and old alike condescending to one another tragicomically. (Roth closes the novel with a postscript set in 1971 that implies a foreshadowing of events at another Ohio school, Kent State.)

As writer-director, Schamus has managed to keep the basic shape of the novel intact, even adding his own framing device that finally shifts the emotional weight of the story onto Olivia. As a direct result of that change, the final image of the film is a disappointing if clever touch that renders the outcome too conventional, sentimentalizing the romantic relationship and eliding the historical foreknowledge that makes the novel so cutting.

Schamus’ treatment of the material is at once highly intelligent and disappointingly bland. The film’s palette is tastefully muted, the performances and dialogue are sober, almost somber, and even the few moments of violence are underplayed. Given the novel’s repeated insistence on the blood that inevitably accompanies the daily work of a kosher butcher like Marcus’ father, and which clearly anticipates the more pointless butchery of war, the film’s distinctly unsanguinary visuals seem a lost opportunity, messy but bloodless. (There are numerous excellent reasons for Schamus to omit the novel’s climactic panty raid, but it is hard not to feel that the decision was mistakenly dictated by misplaced propriety rather than narrative and budget considerations.)

All of this is really regrettable, because Schamus approaches Roth with real thoughtfulness rather than reverence. The film treats the Jewishness of the Messners as a given and they feel much more real than the sitcom caricatures of the Peerce and Lehman films or the deracinated Levinson and Benton adaptations. Linda Emond and Danny Burstein (Frauline Schneider and Herr Schultz in the recent Broadway production of “Cabaret”) feel totally right as Marcus’ parents, with their disturbing echoes of Julius and Ethel Rosenberg and their undefined, perhaps undefinable angst. Lerman doesn’t read as “intense,” but he is unmistakably Jewish (which is why his role in “Fury” carried a significant extra-textual charge), hyper-articulate and appealingly overwhelmed by Olivia. Ironically, Lerman is let down by his fellow cast members.) Letts gives the dean of students a certain gravitas, but the part isn’t much more than a straw man. Gadon is appealing, but the depth of Olivia’s character is not revealed, despite broad hints of dark domestic troubles; asking her to carry the emotional punch of the last two shots unbalances the entire narrative. The result is an adaptation of Philip Roth that might have come from Dean Caudwell himself.