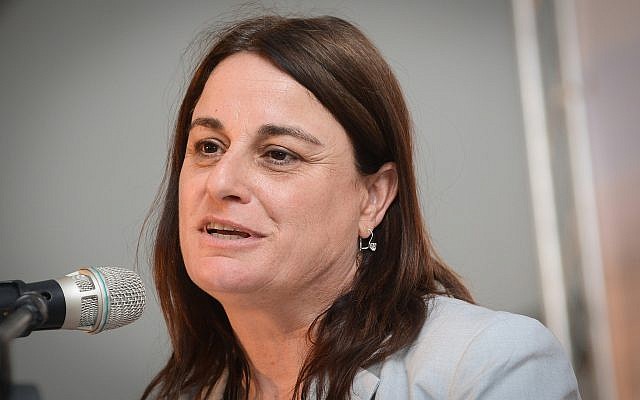 Rona Ramon, widow of Israeli astronaut Ilan Ramon, speaks at the ground breaking ceremony for the Ilan and Asaf Ramon International Airport in southern Israel on May 9, 2013.

Rona Ramon, the widow of Israeli astronaut Ilan Ramon, who died Monday, will reportedly be cremated after lying in repose, instead of a traditional funeral.

The 54-year-old passed away after a year-long battle with pancreatic cancer. She is survived by her parents and three children Tal, Yiftah and Noa, and was predeceased by her husband Ilan, who died on the Columbia space shuttle disaster, and a son Asaf.

Before her death, Ramon left instructions that no funeral be held for her, and that her body be cremated, in order to spare her children having to bury another family member, according to reports in Hebrew-language media Tuesday.

Ilan Ramon, Israel’s first and only astronaut, was killed in the 2003 Columbia space shuttle disaster. Six years after the Columbia crash, their son Asaf, who had followed in his father’s footsteps to become an Israeli air force fighter pilot, was killed in a training accident. 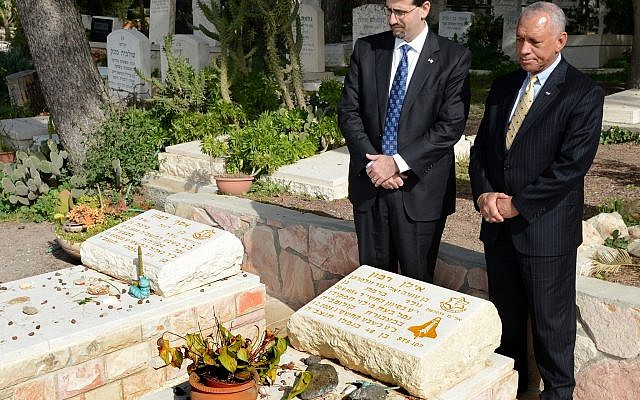 NASA Administrator Charles Bolden, right, and US Ambassador Dan Shapiro visit the graves of Ilan and Asaf Ramon in Nahalal Cemetery, January 28, 2012. (Matty Stern/US Embassy/Flash90 via The Times of Israel)

Asaf Ramon was buried alongside his father’s remains at the Moshav Nahalal Cemetery in 2009, in a grave plot planned to hold Rona.

“My Asaf. That’s my grave. That’s my spot. You were supposed to be bury me there when I am an old and loved woman, with millions of grandkids,” she said at his funeral.

In a 2013 interview, Ramon said she was still unable to discuss the loss of her son, but also tried to “look for meaning in life.”

In the wake of the tragedies, Ramon set up a foundation in their memory and counseled others who were coping with tragedy, becoming a well-recognized figure in Israel. 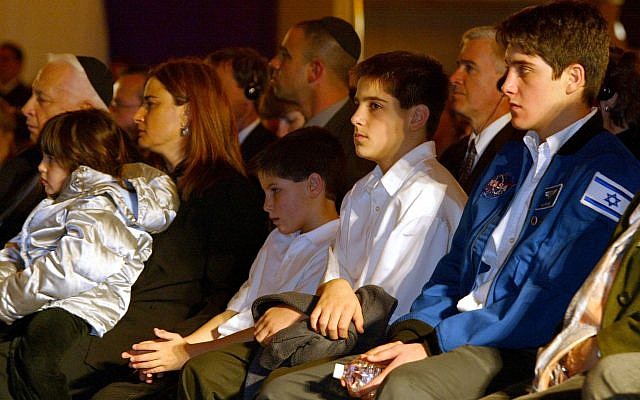 Ramon’s death was widely mourned in Israel, with lawmakers from across the political spectrum issuing statements in memory of her.

Prime Minister Benjamin Netanyahu hailed her for “standing bravely” in the face of her personal tragedies and her cancer diagnosis. President Reuven Rivlin said the country would never forget how she “built from out of the ruins… endow[ing] meaning in infinite pain.”

NASA also extended its condolences to the surviving members of the Ramon family and the people of Israel in a statement issued Monday. 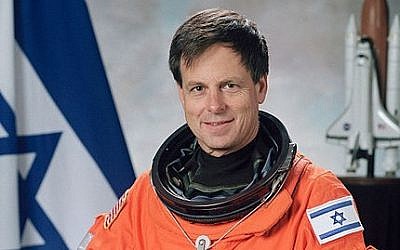 Ilan Ramon (Wikimedia Commons via The Times of Israel)

“Rona’s courage and inspiration in the face of tragedy have helped inspire a new generation to build on the legacy of her husband, space shuttle astronaut Ilan Ramon,” NASA Administrator Jim Bridenstine said.

Rona Ramon’s coffin will placed at the Peres Center for Peace and Understanding in Jaffa on Wednesday for a public farewell between 9 a.m. and 1 p.m. A private memorial service will be held later on Wednesday afternoon. 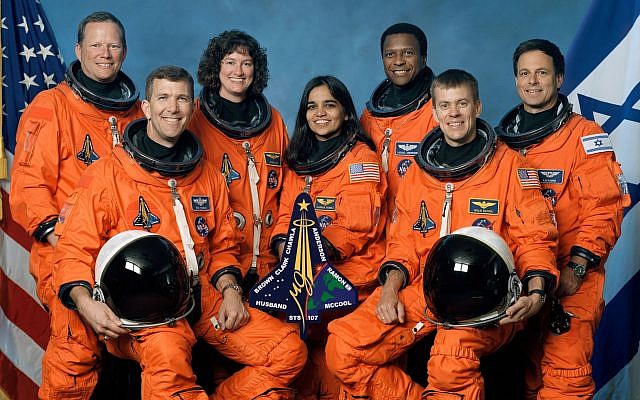 The Ramon family said it will observe the traditional shiva mourning period at Peres Center on Thursday, Sunday and Monday from 10 am to 1 p.m. and 5 pm to 7 p.m.