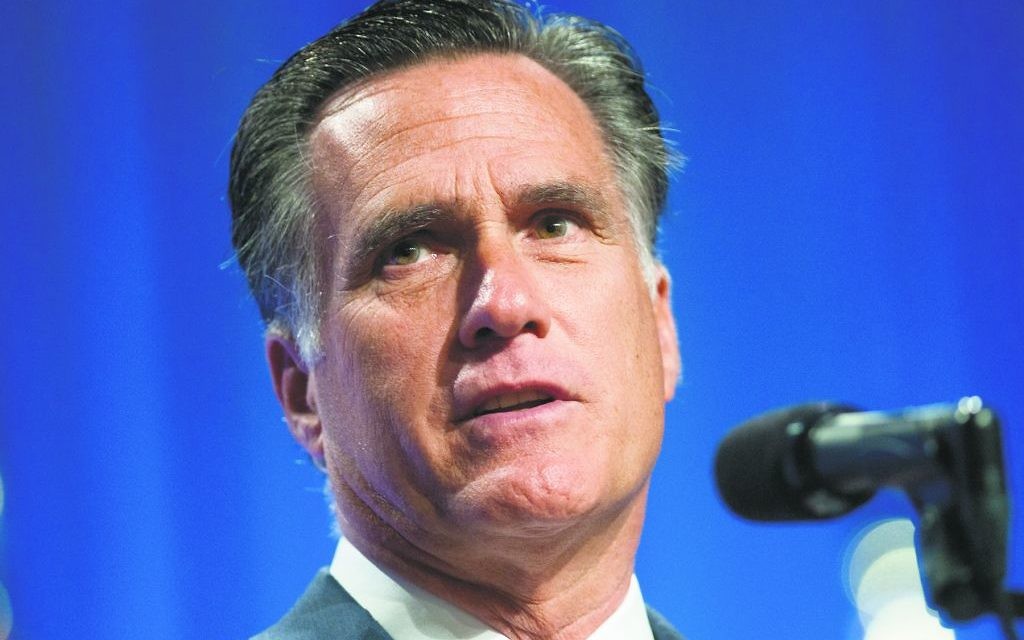 By saying the Palestinians have “no interest” in peace with Israel and that all that can be done is to “hope that ultimately, somehow, something will happen and resolve it,” Republican presidential nominee Mitt Romney has described what many Israelis believe is a fact of life. But there is significant debate here about whether such a hands-off U.S. policy, as bluntly stated, is viable or preferred.

Although Romney’s assessment—during a private fundraiser in May—of the Palestinians willingness to negotiate “suggests he is correct,” according to Doron Ben-Atar, a professor of history at Fordham University, “the status quo is untenable as well.

“Romney’s approach could be realistic, but it is a very bad approach for a president or any policymaker,” he argued. “To be sure, the Obama administration botched things in the first year or two and bought into the narrative that we have to bully Israel. But the Romney approach of doing nothing is even worse.”

But Hillel Frisch, an expert on Israeli-Palestinian relations, said Romney was “speaking the truth” and that it is “very hard to believe you can really do much on the Palestinian front since they [the Palestinians] are divided.

“Any kind of peace treaty will only obligate one of the Palestinian governments,” he observed. “Everyone hoped there would be an Israeli-Palestinian partition, but the only partition was a Palestinian partition [separating the West Bank and Gaza Strip]. I don’t think anybody in Israel believes anything will happen until the dust subsides on the Arab spring — especially Egypt — and the more important issue, Iran.”

Romney’s remarks were made during a private fundraiser at the home of a wealthy Jewish Republican donor in Boca Raton, Fla. The Republican nominee was recorded saying that the Palestinians don’t want to “see peace anyway, for political purposes, [and are] committed to the destruction and elimination of Israel. ….

“These [are] thorny issues and I say, ‘There’s just no way.’ And so what you do is you say, ‘You move things along the best way you can.’ You hope for some degree of stability, but you recognize that this is going to remain an unsolved problem.”

In the recording obtained by the magazine Mother Jones, Romney told those attending the event: “The idea of pushing on the Israelis to give something up to get the Palestinians to act is the worst idea in the world.”

Eytan Gilboa, an expert on U.S.-Israel relations at Bar-Ilan University, pointed out that when Obama took office he was “quite hostile to Israel, or at least not that supportive, and I haven’t seen that it helped him much — the Palestinians didn’t come forward. … In my judgment Obama’s approach failed because [the Palestinians] felt they didn’t have to make any concessions and that Obama would deliver Israeli concessions to them.

“So if a tougher president is elected,” he continued, “they would know they could not count on American delivery of Israel and maybe this would convince them to enter the negotiations without any preconditions. … If you compare Romney to Obama, Romney is more realistic.”

The Palestinians have been insisting that any peace agreement with Israel be based on Israel’s pre-1967 border with Jerusalem as its capital, and that all settlement building halt before they resume negotiations.

David Harris, president and CEO of the National Jewish Democratic Council, insisted that the “status quo is not sustainable. That [Romney] expects to just kick the can `down the road’ rather than pursuing it seems unconscionable.”

On the other hand, Matt Brooks, executive director of the Republican Jewish Coalition, said he does not believe that Romney “would want a two-state solution in which Israel’s security is put at risk and in which there are not two real partners.”

A two-state solution, Brooks said, must be “preconditioned on Palestinians who want peace and support Israel’s right to exist as a Jewish nations with clear and defensible boundaries.”

Brooks insisted that Romney’s comments and support for a two-state solution “are not mutually inconsistent.” He said that Romney was arguing that unless and until there is a Palestinian leadership ready for peace, the White House should not pressure Israel like Obama did when he first took office.

But Rabbi Ammiel Hirsch, spiritual leader of the Stephen Wise Free Synagogue in Manhattan, pointed out that Romney’s views are at odds with the Rosh HaShanah message he delivered to his “progressive” congregation. He said that although part of the Palestinian leadership “doesn’t want to sit down and talk, we should be pressing the Palestinians to exercise true leadership and bring their people around to the position of [Palestinian Prime Minister] Salam Fayyad and build [your society]. Romney lumped all Palestinians together.

“Nobody—not supporters of Israel or the American government – can give up on the day-to-day search for peace.” Rabbi Hirsch stressed. “This is for religious and communal reasons, as well as diplomacy and politics. If you give up, you create a vacuum that extremists come into. You have to have a peace context through which those interested in peace can pursue it. …

“There are those in the Jewish community – particularly those on the progressive side – who are naïve about the difficulties in making peace and who think that all you need to do is to pressure Israel more. The context for peace has to be the Camp David Accords,” two framework agreements in 1978 that led to the Israeli-Egyptian peace treaty a year later.

Romney’s comments reflect the attitudes of most of those who have been involved in Israeli-Palestinian negotiations over the years, according to Gerald Steinberg, a professor of political science at Bar-Ilan University.

“He is not saying you shouldn’t pursue peace, he is saying the Palestinian leadership is not interested and that another way must be found to get there – which is pretty much the consensus,” he said. “Obama tried for four years and came up with nothing.”

Asked if Romney’s comments might hamper him in Middle East peacemaking should he become president, Steinberg said: “The concept of an impartial negotiator is irrelevant. Third parties are able to succeed if they have force and are able to impose a solution on one or both sides, or if they serve as a communication system. The Americans were able to broker an agreement between Israel and Egypt because they were the only ones who could serve as a broker. … A U.S. president will always be able to provide guarantees and communication if both sides are interested. It has nothing to do with impartiality.”

The Palestinian question may only be a short lived issue in this campaign however because neither candidate is likely to benefit, according to Alon Ben-Meir, a professor of international relations at the Center for Global Affairs at New York University.

“Obama won’t bring it up because this is an issue that does not sit well with evangelicals,” he said. “He would say that compromise is necessary and that would mean pressure on Israel, which would not sit well with Jewish voters in swing states like Florida where the Jewish vote matters.

“And it is not to Romney’s advantage to hammer at this issue because there are many Israelis who are questioning how much longer this situation will go on. More than half of Israelis want a settlement. And telling the Israeli government not to worry and that you can continue what you want to do because there is no prospect for peace will enrage the Palestinians. We see this already. It is making Israeli conservatives even more aggressive in their policies, particularly when it comes to the settlement issue. So it’s a no-win for Romney.”

But David Harris of the NJDC said he expects to see the Palestinian issue raised during the upcoming presidential debates.

“It was an issue during the primaries and now that foreign policy has taken a front row seat, we will be seeing a lot of what [Romney] said in the last few days,” he said. “It’s clearly an issue for the Jewish community.”