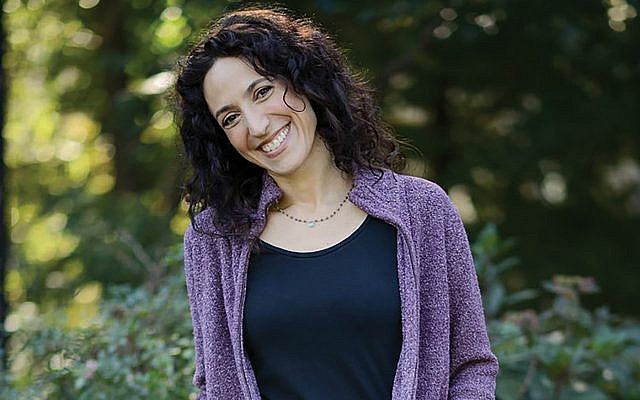 Rachel Kadish is a finalist in the Sami Rohr Prize for her novel “The Weight of Ink.” Rachelkadish.com

The most generous Jewish literary prize has announced its latest finalists, and after 13 years, its organizers are considering ways to expand its reach.

The prize, awarded in alternate years to writers of fiction and non-fiction, was established by the family of Sami Rohr to honor him on his 80th birthday in 2006. A European-born businessman from Bogota, Colombia, Rohr spoke five languages and read passionately in all of them, filled his home with books, and took great satisfaction in nurturing talent among the young people he worked with in business and as a leader in the Bogota Jewish community. The first prize was awarded in 2007; Rohr died in 2012.

When asked about the accomplishments of the prize, his son George Rohr, a New York businessman heavily involved in the Jewish community, tells The Jewish Week, “The goal of the prize was to provide oxygen to promising emerging writers that would enable them to work on their next project and to accelerate their development so that they could leave a job or not have to take on another job. In that respect, in this bar mitzvah year of the prize, I can point to a number of terrific successes.”

A new development, as Rohr explains, is that they are trying to formalize a way to consider Israeli writers, writing in Hebrew, in the fiction prize in the future.

He points out that while there is still some outstanding terrific work being done in American Jewish fiction, aside from those writing about the Russian immigrant experience, there is less and less distinctly Jewish fiction being produced.

“Juxtapose that landscape with what’s going on in Israeli fiction, which is exploding — many exciting new voices are constantly emerging. Today only a small percentage of those books are being translated. An opportunity for the prize is to determine how to bring these voices to the non-Hebrew-speaking public. The prospect of connecting diaspora readers with Israeli voices on Jewish topics is very exciting.”

“We need to figure out the logistics,” he says. “The interest is there.”

Ilana Kurshan, who won last year for her memoir “If All The Seas Were Ink,” told The Jewish Week in an email, “I am so grateful to the Rohr family for the gift of this time to focus on my writing and teaching — my uninterrupted hours in the back corner of my favorite Jerusalem library feel like a taste of the world to come.”

Friedman tells The Jewish Week, “Striking out as an independent writer is daunting — you’re not sure there’s going to be an audience, or that you’ll be able to pay the bills. When my first book won the Rohr Prize in 2014 it signaled to me that I was on the right track. The award freed me to write what I thought was important, and not what a bureau chief or employer thought was important.”

Carolyn Hessel, executive director of the Jewish Book Council Sami Rohr Prize for Jewish Literature, says, “It is a joy to meet an author in the early career stage and nurture them as they continue to contribute to our literature.”