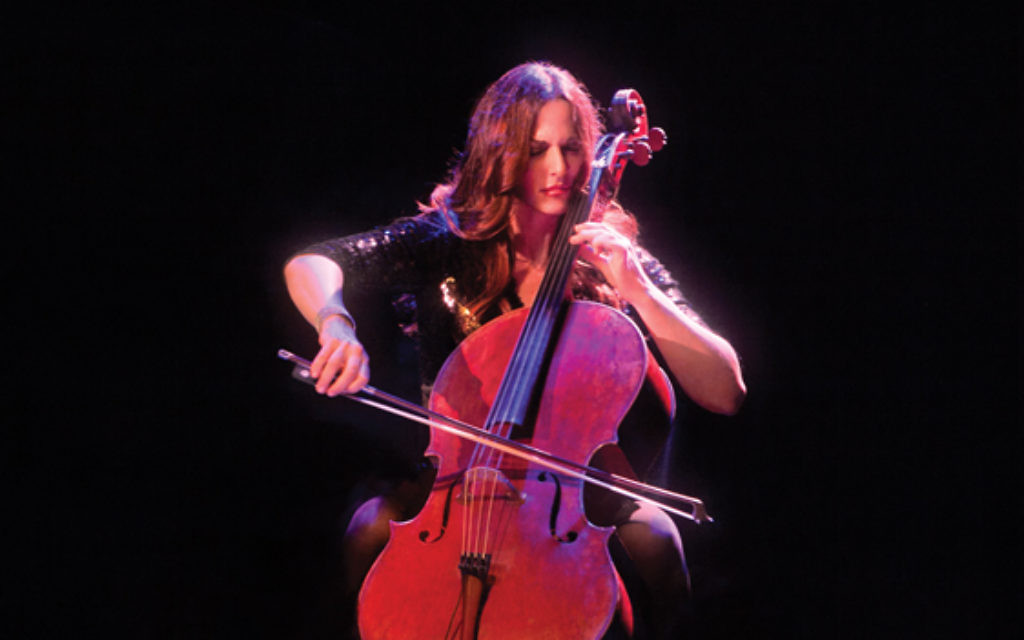 Maya Beiser calls her eclectic and unpredictable musical career a “wild ride,” and her latest CD, “Uncovered” (Innova), certainly suggests that the brilliant cellist is up for any challenge.

The album, which was released this week, is a collection of rock and blues classics as reimagined for cello and rhythm section, with dense multi-tracking and fuzz-box distortion. Beiser will be performing the material live as well, kicking off a brief tour on Sept. 4 at Le Poisson Rouge (158 Bleecker St., [212] 505-3474, lepoissonrouge.com).

Born in the late-1960s on a kibbutz in the Galilee, Beiser grew up surrounded by classical music and the Latin American music her family brought from Buenos Aires to Israel. But the rock and blues of “Uncovered” also come from the heart.

“Here I was, a 15-year-old classical music geek, growing up in an insular world of Western classical music,” Beiser recalls, her storytelling punctuated by chuckles. “One day I heard Janis Joplin on the radio, I think it was ‘Me and Bobby McGee.’ I was blown away by her approach to singing and performing: that raw, immediate engagement. I remember vowing, ‘This is how I want to play the cello, the way she sings.’”

Needless to say, one of the first songs selected for the new album was a Joplin favorite, “Summertime.” Beiser and fellow Bang on a Can alum Evan Ziporyn crafted an arrangement redolent of Joplin’s sweltering version of the Gershwin standard, and the performance drips with a compelling blend of sweat and emotion.

“We chose to do ‘Summertime’ because it just felt right as something I could play on the cello,” Beiser says. “Maybe one day I’ll do an all-Janis Joplin album.”

As she delved further into rock as a teen, Beiser developed a strong affinity for Pink Floyd and King Crimson, bands she still listens to today. Both bands, she notes, provided her with the inspiration to move outside the classical music model. “They dared to take rock music and make it like concert music,” and Beiser returns the favor here.

Her choice of “Epitaph” to represent King Crimson was a carefully considered one that resonates strongly with recent headlines. “‘Epitaph’ is an anti-war, anti-violence song,” Beiser says. “It couldn’t be more relevant to the world today.”

With that in mind, an interviewer is compelled to ask if the Israeli-born musician feels a sense of betrayal when she hears Pink Floyd leaders Roger Waters and David Gilmour forcefully calling for a boycott of her country.

“I don’t feel betrayed,” she says. “I think they’re misinformed. A lot of my fellow progressive artists don’t know or understand the complexity of the situation. I read a beautiful article by [Israeli singer-songwriter] Noa, who wrote that this is not a war between the Israelis and Palestinians but between the moderates and the extremes. I feel sad and upset when people denounce Israel without really understanding what they’re saying. All the people who have real progressive thoughts need to look at what Hamas is really advocating. This is not a group that should be supported by anyone who has progressive thoughts.”

Although she is utterly candid, Beiser is clearly relieved when we return to the subject of music, and her genre-bending tendencies — she’s a classical cellist inspired by rock guitar legends like Jimi Hendrix and Jimmy Page. Hence, the fuzz box.

“There are certain things that have to do with technical chops that are applicable to everything,” Beiser says. “What’s wonderful is when you have transcended the technical boundaries of the instrument — what’s great is when you can hear things in your mind and make them happen on the instrument.”