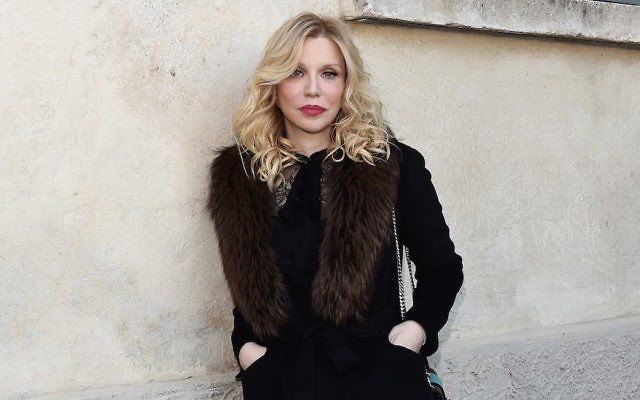 “I won’t follow anything thats being led by an anti-Semetic terrorist that’s using feminism as a tool to promote her radicalism,” the singer and musician said Wednesday during a Twitter exchange with Sarsour.

The criticism Wednesday was initially in response Sarsour’s online campaign to raise money for a Muslim woman she said was a victim of a hate crime. On her fundraiser page, Sarsour, who is also Muslim, wrote that Rahma Warsame was “brutally beaten by a white man as she came to the defense of another sister.”

unfollowed. I won't follow anything thats being led by an anti-Semetic terrorist that's using feminism as a tool to promote her radicalism

The Council On American Islamic Relations has reportedly asked that the incident be investigated as a hate crime. But the Columbus Police Department said there is not enough evidence to support doing so.

“There is no evidence at this time suggesting the incident involved any type of bias which would constitute the incident being investigated as a hate crime,” the department said Tuesday.

Love, who was married to late rocker Kurt Cobain, tweeted that Sarsour was a “criminal” for “collecting funds on a made-up hate crime,” and urged her followers to “research more about her ripping people off of thousands for a story that’s not true.”

“You’re a vile disgrace to women and all mankind,” Love also tweeted.

You're a vile disgrace to women and all mankind @lsarsour

Sarsour responded, “Welcome to America where a whit woman “celebrity” uses her platform to deny that a Black immigrant Muslim woman was brutally assaulted.

Welcome to America where a white woman "celebrity" uses her platform to deny that a Black immigrant Muslim woman was brutally assaulted.

A leader of popular opposition to President Trump and an anti-Israel activist, Sarsour last Thursday delivered a controversial speech at City University of New York, where she received a standing ovation from graduating students after she told them they must commit to demanding change, the Associated Press reported.

Dov Hikind, a Democratic Jewish state Assemblyman, who spoke at a May 25 rally opposing her speaking role, said having Sarsour speak at the event was tantamount to “giving a podium to promoters of violence.”

Sarsour, executive director of the Arab American Association of New York, in 2014 posted on Twitter a picture of a Palestinian throwing a rock, presumably at Israelis. She wrote that the photo was the “definition of courage.” She has endorsed the movement to boycott Israel and has come out in support for a one-state solution to the Israeli-Palestinian conflict – a position that critics of that prospect say equals the end of Israel’s existence as a Jewish state.

Nonetheless, Sarsour earlier this year raised $100,000 for the restoration of a Jewish cemetery where headstones were damaged as a result of vandalism and has also received support from some American Jews.

On Thursday, 130 prominent left-leaning Jewish activists signed a letter saying that Hikind has falsely accused Sarsour of supporting terrorists and of anti-Semitism, spurring “a wave of harassment directed against Sarsour,” including threats.

Among the co-signatories were Jeremy Ben-Ami, the head of the J Street dovish lobby group on the Palestinian-Israeli conflict; Naomi Klein, a journalist and author advocating a blanket boycott of Israel; Mark Hetfield, president of HIAS, the Jewish immigration agency, and dozens of rabbis.