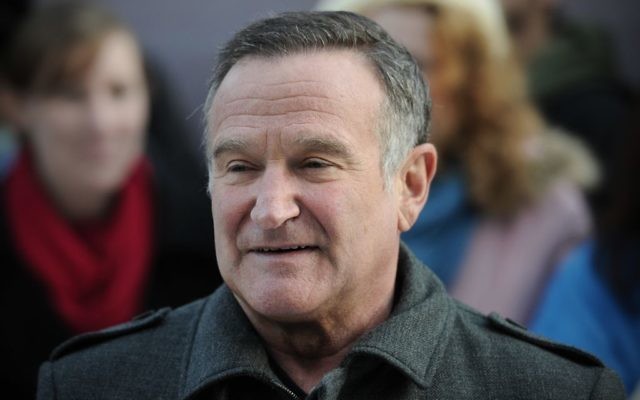 No, Robin Williams wasn’t a Member of the Tribe. His original name wasn’t Wilamovich.

But many American Jews assumed that he was a Jew.

Williams, who died on Monday in his home near San Francisco at 63 in what was presumed to be a suicide, earned his Jewish cred through a career on the stage, in the movies and on TV. He was pals with Billy Crystal. He dropped Yiddishisms into his comedy routines. He did a great Yiddish accent. He went, according to one news story, to 13 bar mitzvahs during eighth grade while growing up in Detroit. He called Steven Spielberg every day during production of “Schindler’s List” to brighten the director’s mood. He starred in “Jakob the Liar,” the 1999 film about a resident in a Nazi ghetto who pretends he listens clandestinely to a hidden radio, giving the other Jews confidence via the false news reports he’d bring them.

He seemed to be one of us, but — son of an Episcopalian father and Christian Scientist mother — wasn’t really one of us.

When “Jakob the Liar” premiered, he told a small gathering of reporters for local Jewish publications that Jewish fans came up to him constantly and assumed he was Jewish. He found that amusing, but not surprising.

Williams called himself, several of the obituaries this week noted, an “honorary Jew.”

“We mourn the loss of the great actor, comedian Robin Williams, z”l,” the Facebook page of the Jewish Federations of North America stated, using the initials for the Hebrew expression zichrono l’brocha, his memory should be for a blessing.

A stand-up comic and actor, he recently returned to TV, starring in CBS’s “Crazy Ones,” which debuted last year and lasted just one season. During the show’s production, he tweeted a photo of him with co-star Amanda Setton, who was placing a kipa on his head, a prop for a scene involving Williams’ character attending a bat mitzvah.

“Too late for a career change? Rabbi Robin?” Williams tweeted.

He was famously interviewed several years ago by a German television reporter who asked, “Why do you think there’s not so much comedy in Germany?”

“Did you ever think,” Williams answered, “you killed all the funny people?”

Rob Eshman, publisher and editor of Los Angeles’ Jewish Journal, wrote this week of a banquet he attended in 2005 sponsored by the USC Survivors of the Shoah Visual History Foundation.

Williams, sitting at the next table, was the night’s entertainment.

“A comedy act at a Holocaust event is never easy,” Eshman wrote, “but Williams nailed it. The crowd [was] in stitches. ‘Ladies and gentlemen,’ Williams said in a Yiddish accent, ‘Welcome to Temple Beth Prada. This evening’s meal will be milchidik, fleishadik and sushidik.’”

Williams remained till the end of the Shoah Foundation dinner, Eshman wrote.

Afterwards, he found himself standing next to Williams.

“You were hysterical,” Eshman said.

“And you stayed to the end.”

“Williams looked at me with great sincerity,” Eshman wrote. “‘This means a lot to me,’ he said. ‘Of course.’”