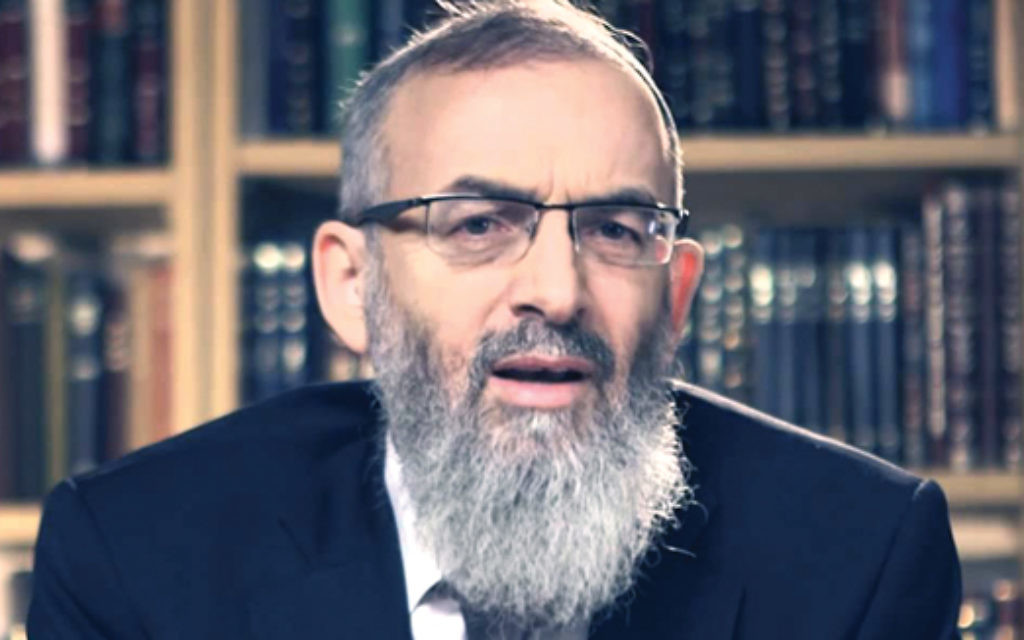 Rabbi Shlomo Riskin, who has built an educational empire within Modern Orthodoxy over the last three decades in Israel, has designated a potential successor, The Jewish Week has learned.

Rabbi Riskin, 74, who first achieved fame as the spiritual leader of Lincoln Square Congregation on Manhattan’s West Side in the early 1960s and oversaw its growth until his aliyah two decades later, has appointed Rabbi David Stav, the founder of Israel’s Tzohar Rabbinical Organization, as co-chancellor of the Ohr Torah Stone network of educational institutions.

Rabbi Stav, 55, a native Israeli who ran a vigorous though ultimately unsuccessful campaign last year for Ashkenazi Chief Rabbi of Israel, will share Rabbi Riskin’s administrative, teaching and fundraising duties at Ohr Torah Stone, Rabbi Riskin said in a telephone interview. He will be considered Rabbi Riskin’s successor as head of the educational network for both women and men that he established in 1983.

Rabbi Riskin said he has no plans to retire from his work at Ohr Torah Stone, which has grown from 12 students to some 3,000 at 19 schools in 11 locations. He is considered a premier fundraiser and visits the U.S. frequently as a speaker.

“I needed help,” said the Brooklyn native and Yeshiva University graduate, who is also chief rabbi of the West Bank community of Efrat. “It’s a great deal for one individual. This will strengthen Modern Orthodoxy and religious Zionism,” he added.

Both rabbis have attracted devoted followers in religious Zionist and progressive circles for positions championing the role of women in Orthodox Judaism and criticizing the fundamentalist nature of the country’s Orthodox religious establishment, drawing heavy criticism from charedi leaders.

A respected scholar and teacher, Rabbi Stav is more soft-spoken than the charismatic Rabbi Riskin, but he has helped Tzohar grow in numbers and influence with its goal of making Orthodox rabbis seen as warm and welcoming, particularly to prospective brides and grooms in Israel, where marriages must be performed by Orthodox clergy.

While Ohr Torah Stone and Tzohar will not formally merge, they will work together on issues of joint concern and make Modern Orthodoxy a more visible presence in Israel, Rabbi Riskin said, declining to name specific goals.

“Like Rabbi Riskin, [Rabbi Stav] is an outspoken advocate for an accessible, compassionate and embracing Judaism which will repair the rifts in Israeli society and alleviate the alienation many Israelis feel in crucial areas such as conversion, marriages and divorces,” according to the Ohr Torah Stone announcement of Rabbi Stav’s appointment. “He has devoted his life to promoting an ethical, inclusive and inspiring approach to Zionistic, Jewish life in Israel.”

Rabbi Stav, who also serves as chief rabbi of the city of Shoham and heads a hesder yeshiva in Petach Tikva that combines Torah study with army service, said he will curtail his teaching duties at Bar-Ilan University in order “to help [Rabbi Riskin] carry out his mission.”

With many observers of Jewish life in the United States describing a “move to the right” in the Modern Orthodox movement in recent decades, Rabbi Riskin’s action, in partnering with Rabbi Stav, is a clear sign that he is resisting such a move toward a charedi orientation.

“He seem to be pointing towards the Dati Leumi (National Religious, as Modern Orthodox are known in Israel),” said Judy Baumel-Schwartz, a professor of modern Jewish history at Bar-Ilan University. “I don’t think anyone can think that Riskin ever wanted his institutions to really move to the right — he wants Ohr Torah Stone to remain vibrant, and I guess he sees this as the best way to do it.”

While she felt the alliance would have limited impact on Israel society beyond the Anglo community, Steven Bayme, director of the American Jewish Committee’s contemporary Jewish life department, observed that it “is a trade that benefits both sides, in baseball terminology.” He said the partnership provides Rabbi Riskin, viewed as liberal Orthodox in Israel, “more credibility and greater standing” in that society while it “beefs up” the “modern credentials” of Rabbi Stav, who “came under great criticism during the [Chief Rabbinate] campaign “for not being sufficiently pluralistic.”

The Ohr Torah Stone network of schools includes separate gap-year yeshiva programs for young men and women from the U.S. and elsewhere in the diaspora. It also has a rabbinical school for men and programs offering advanced degrees for women.

Tzohar, which Rabbi Stav founded 20 years ago, is the largest Modern Orthodox rabbinical organization in Israel. According to Rabbi Riskin, about 660 rabbis in Israel are members of Tzohar.

It sponsors training sessions for rabbis, stressing, according to the organization’s website, a “professional, tolerant and inclusive” rabbinate.

“My vision” at Ohr Torah Stone “is to take [Rabbi Riskin’s] academic institutions and make them,” in working with Tzohar, “as one big movement that will inspire Israeli society,” Rabbi Stav said. “It gives us more opportunities,” leveraging the influence of both organizations, he said.

Rabbi Stav said that Rabbi Riskin, who has often challenged the positions of Israel’s charedi-dominated religious establishment, is seen in some circles as revolutionary, while he prefers to work within the system to effect change — hence his race for the Chief Rabbinate.

“I don’t see myself as revolutionary,” Rabbi Stav said. “Changes in religious life should be made by evolution and not revolution.”

He said his candidacy for chief rabbi, during which he accused the haredi establishment of corruption within the Chief Rabbinate and of efforts to exclude rather than include potential converts, increased his visibility among many American Jews.

Rabbi Stav will be a scholar-in-residence in Englewood, N.J., on the Shabbat of Feb. 13-14, sponsored by Congregation Ahavath Torah.