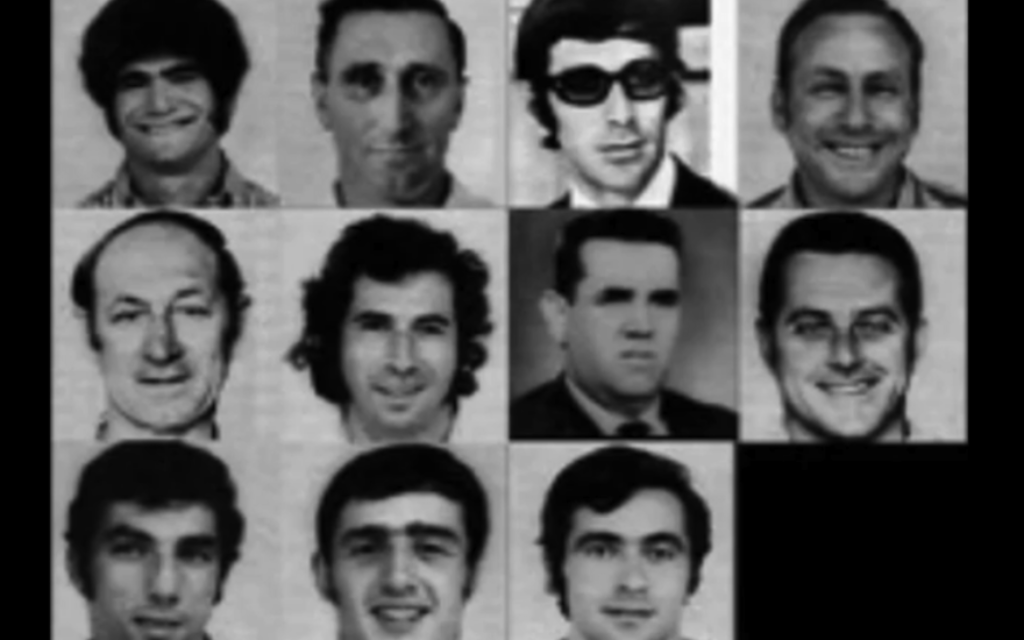 The 11 Israeli victims of the massacre at the ’72 Munich Olympics. JTA

RIO DE JANEIRO (JTA) — Under the auspices of the International Olympic Committee, Brazilian senior officials joined sports activists from Israel and elsewhere at a commemoration of the 11 Israeli victims of the 1972 Munich Olympics massacre.

The Israeli and the Brazilian Olympic committees and members of the local Jewish community attended the event Sunday evening at the Rio City Hall.

“What happened in 1972 was one the most lamentable episodes in the history of the Olympic Games, when fanaticism and intolerance [converged in a] deplorable act of terrorism. I believe the IOC, in all these years, hadn’t held the homage it deserved”, said Brazil’s foreign minister Jose Serra on behalf of President Michel Temer.

Israel’s senior-most representative to the games, Culture and Sports Minister Miri Regev, said that terrorism “does not differentiate [between] people” and reaches everyone. “When we fight against terror, we look for peace. We still see discrimination against the Israeli athletes. There are countries that deny visa to competitors. We know that mixing sports and politics is against the IOC protocol and contrary to the Olympic spirit. The sport must bring people together,” she said.

Unlike previous Olympic commemorations dealing with the 1972 massacre, Sunday’s event was entirely devoted to the murdered Israelis. A previous homage was held on Aug. 4 at a memorial site in the Olympic Village, where not only the Israelis were honored but also other four other people who were killed during Olympic Games.

Ankie Spitzer and Ilana Romano, the widows of fencing coach Andre Spitzer and weightlifter Yossef Romano, were among the ones who lit 11 candles at the event.

Israel’s honorary consul in Rio, Osias Wurman, said: “The mayor opened the doors of his house in a gesture of great friendship with the Brazilian Jewish community and the whole people of Israel,” Wurman told JTA. “It’s a unique moment for us Brazilian Jews.”

Among the ceremony’s participants was Ori Sasson, the Israeli judoka who gave Israel its second medal in Rio — bronze in the men’s judo over 220 pounds competition. The Egyptian opponent Islam El Shehaby who refused to greet him after being defeated was much criticized. Approached by guests and journalists for a comment, Sasson avoided answering questions about conflict in the Middle East.

“It was not the first time this happened between a judo athlete competing against Muslims. But I am only an athlete, I’m not a politician,” he said.