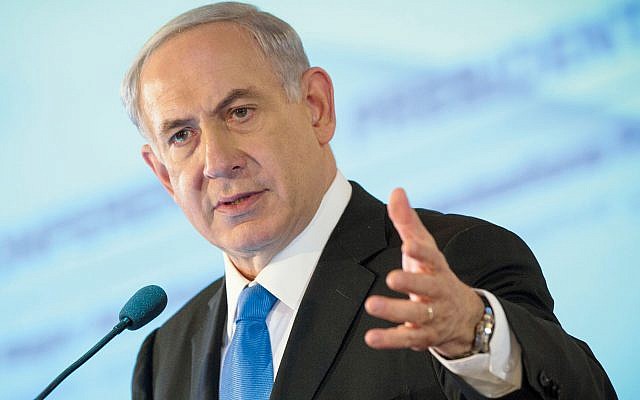 As Israeli Prime Minister Benjamin Netanyahu struggles to keep together his coalition government with its one-seat majority, observers are expressing fear over who might succeed him should he be indicted in any of the pending corruption cases in which he is embroiled.

“If he resigns, there will be a huge fight in the right wing,” said Chaim Levinson, a political correspondent for the Israeli newspaper Haaretz, during a conference call with the Israel Policy Forum.

“He has been prime minister for a long time [since 2009] and people are waiting for the minute he will go,” he said. “And there is a big political risk that a right-wing populist will rise.”

He noted that Netanyahu remains popular in Israel and is expected to win re-election next year, but that the search for Netanyahu’s successor has given him pause because it may lead to “a dangerous right-wing leader who will arise.”

“I’m looking at the energy and frustration on the right wing,” he explained. “I’m looking at issues that the right wing cares about — illegal immigration from Africa, the Gaza Strip being out of control, and donations from foreign governments to Israeli human rights organizations that [the right wing] see as traitors. I see this energy and frustration. But because Netanyahu is so popular, they still support him. Once he is gone … all the energy can lead to a very populist message — and I think that is a huge threat.”

Asked who this populist leader might be, Levinson said it may be someone currently unknown.

In a conference call with Americans for Peace Now, Alpher said: “The alternative to Netanyahu depends on the circumstances of him stepping aside and whom he designates [as his successor]. From Netanyahu we will move further to the right, and we’ll see more of what we have been experiencing. I can imagine [Naftali] Bennett picking up strength and being kingmaker in a new coalition — and his agenda is to the right of Netanyahu. Sometimes he makes Netanyahu [appear] mild. … When it comes to Israeli politics in the next year, all bets are off. We will encounter tactical surprises, and it is extremely difficult to predict.”

But Levinson said he does not foresee the country “swinging to the left in the upcoming elections. … It is very hard competing against a sitting prime minister and I don’t think it will happen. The left is considered weak on security.”