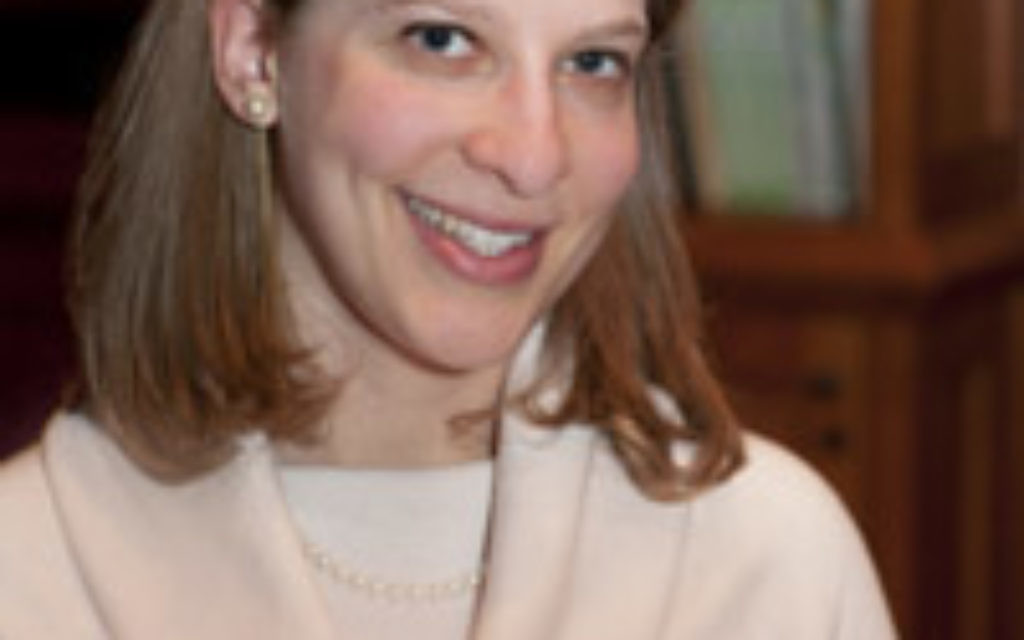 In the fading November light of last Shabbat, Miriam Rosenbaum walked from the West Side to the East Side, and then to a building on Park Avenue where she walked up 18 flights — Shabbat had more than an hour to go — to an apartment, where 12 of the regional finalists for the Rhodes Scholarship had gathered for news of the scholarship winners.

Of the 12 local finalists, she discovered in her conversations, 11 were Jewish. When the Rhodes committee chose Rosenbaum, she became — to the best of anyone’s memory, or ability to qualify such things —the first Orthodox woman to be chosen in the 108 years that the prestigious award has been given to more than 7,000 students, who went on to post-graduate study at Oxford University.

It being Shabbat, Rosenbaum couldn’t tell anyone the good news until evening, but she was able to thank God in the interim; “Baruch Hashem,” blessed be God, comes easily and often to her lips.

(Brett Rosenberg, a Harvard senior from Chappaqua, was the other New York winner. Ronan Farrow, the son of Mia Farrow and Woody Allen, was accepted from the Washington, D.C. region).

Rosenbaum, 22, a senior at Princeton University, said she hopes to be a role model for Orthodox women pursuing secular, postgraduate degrees, while maintaining complete fidelity to Orthodoxy. “Many Orthodox Jewish women are very capable and very bright and should feel confident enough to pursue any kind of higher education that they want.”

An attractive young woman with dirty blonde hair and an easy laugh, she transitions quickly from piety to girlish laughter.

A resident of Riverdale, and a lifelong member of Rabbi Mordechai Willig’s Young Israel of Riverdale, she has considerable modesty and a meticulous sense of lashon hara, the Jewish ethics of appropriate conversation.

Prior to Princeton, Rosenbaum attended the Yeshiva of North Jersey, in River Edge, N.J., for elementary school; Bruriah high school, in Elizabeth, N.J.; and the Michlalah seminary in Jerusalem.

At Oxford, beginning in October, she’ll be studying bioethics, after concluding her undergraduate studies that have focused on public policy, as well as African-American studies, Near Eastern studies and Judaic studies.

After Oxford, she’ll return to Princeton with the Scholars In The Nation’s Service Initiative, a program leading to a graduate degree in public affairs. “I’m hoping to work in government as an advocate for people with disabilities, for the elderly and other marginalized and vulnerable populations in the health care world.”

She’s had experience with the marginalized and the vulnerable, working at Camp HASC.

Avi Sacks, former director of Camp HASC (Hebrew Academy for Special Children), remembers Rosenbaum from her three years as a counselor for the youngest age group, the group “needing the most medical care.” There were children in wheelchairs and with feeding tubes, kids who were non-verbal, some not able to eat or drink on their own, children with palsy, and one girl who was so small (because of a medical problem) that Rosenbaum carried her around.

It could be “a little overwhelming,” admitted Sacks, “providing 24/7 care for seven weeks. You’re not off at night; even when the kids are sleeping, you’re watching, you sleep with one eye open, there are emergencies at night, there are seizures.

“And instead of going on to do other things,” said Sacks, “she came back not just for a second summer but for a third. She came back where she was needed.”

Sacks, now associate executive director of HASC Center, the camp’s sister agency, noted that Rosenbaum maintained an involvement with her campers’ families even outside camp, and is invited to campers’ bat mitzvahs and simchas. “They think of her as part of their family. Miriam actually brought one of her campers to Princeton for a Shabbat.”

Rosenbaum has also spent summers interning at New York-Presbyterian Hospital’s pediatric emergency room, and at the National Institute of Health in Bethesda, Md.

Rabbi Eitan Webb, director of the Princeton Chabad, one of the several Orthodox groups on campus in which she participates, said Rosenbaum came to Princeton “with a sense of purpose and a sense of wonder. … Any challenge that comes her way, she takes it on and keeps on going.”

Dr. Ruth Westheimer, who had taught a course at Princeton on “the Jewish family” taken by Rosenbaum, recalls that “because of Miriam, another girl in the class — who had no Jewish upbringing — became a bat mitzvah. Miriam offered to study with her. I heard the bat mitzvah was fantastic.”

“I’m usually only here [in Princeton] during the week,” says Rosenbaum, “I go home every Shabbos.” It’s an hour and 20 minutes from Princeton to Riverdale, “but that’s not so bad. Going to Bruriah took an hour and a half,” she laughs. “My dad usually drives me back on Sunday; it’s our bonding time.”

Her Rhodes application essay was “about my grandfather who learnedt in the Mir [yeshiva] in Europe during the war,” escaping the war “with the help of a Japanese official, Sugihara. I learned the value of protecting people who can’t protect themselves,” which connects to “the realm of health care.”

Sacks, from HASC, says, “I’m convinced she will make a tremendous imprint on society, through her interest in public policy and health care. This is not the last we’ll hear from her.”