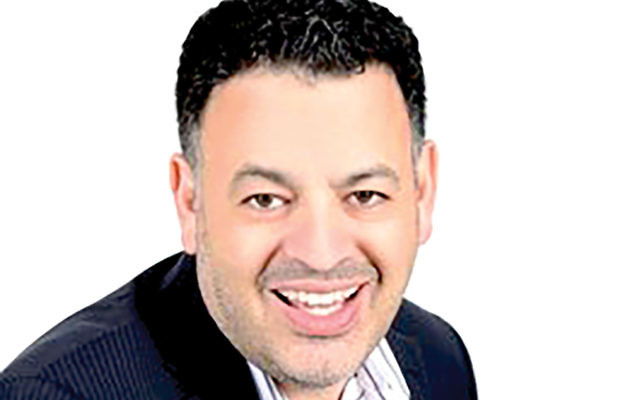 I did not grow up in New York City, but, like so many American Jews, I grew up reading The New York Times. The Times has long served as the “hometown paper of American Jewry.” It is the newspaper we love and, in our vulnerability to its perceived influence on public opinion, love to hate.

In this light, the Jewish community’s collective outcry over the anti-Semitic cartoon published in the paper’s international section, portraying the prime minister of Israel as a dog leading a blind President Trump in a skullcap, should come as no surprise. When someone you love and admire betrays you, the sting is that much worse.

The week after the cartoon was published, I was on a speaking tour to several Jewish communities and heard more complaints about the cartoon than I did about the synagogue shooting in Poway, Calif. A friend who had long read and been frustrated by The Times’ negative tilt on Israel informed me he finally cancelled his subscription. The cartoon confirmed his suspicion that The Times’ culture is fundamentally hostile toward Jews and Israel.

This cartoon came at an especially bad time. Amid a flurry of anti-Semitic controversies on the left, many Jews feel increasingly unwelcome in their traditional political home. They fear that the American left is following in the footsteps of its British counterpart, led by the avowed anti-Semite Jeremy Corbyn. Published by a standard-bearer of liberal opinion, the cartoon only fueled these anxieties.

Is the uproar in the Jewish community justified? Does the culture of The Times truly lend itself to anti-Semitic and anti-Zionist reporting and editorial coverage?

Immediately after the cartoon appeared, my organization wrote a letter to The Times, signed by scores of national and local Jewish groups, excoriating the newspaper for publishing an inflammatory and hateful cartoon. How could this happen and what are you going to do about it, we asked.

Now in crisis mode, newspaper officials were receptive to our outreach and agreed to a meeting. They were appropriately contrite. They had taken tangible steps, such as severing the paper’s relationship with the cartoon syndicate, to ensure that such a major blunder would never happen again. But hanging over our heads was the question of whether the cartoon was an isolated incident, as the editors asserted, or a reflection of the newspaper’s culture.

In advance of the meeting, my organization reviewed 107 editorials on Israel and Jews published in The Times since 2016 and came away with the following observations.

Second, the editorials were almost uniformly critical of Israeli government policy. In fact, not one editorial had an overall positive valance toward Israel. The majority upbraided the Israeli government for lack of progress on a two-state solution, settlements, and anti-democratic legislation.

To be sure, these editorials expressed perfectly legitimate opinions. We didn’t detect any animus to Israel as a nation or to Jews as a people. I even agreed with some of the criticisms. But we were struck that The Times had nothing positive to say in dozens of editorials over 28 months about a highly innovative, democratic country facing existential threats.

While The Times is not the bastion of Jew and Israel hatred as some in the pro-Israel community imagine, our review of editorials reveals the paper does, in fact, hold a decided institutional bias.

And for the average Jew who cares about Israel, it’s not such a leap to go from noting the steady stream of criticism of Israeli policy and silence on left-wing anti-Semitism to believing that The Times might have been tone deaf to an anti-Semitic cartoon or even supported it.

In his defense of the paper’s coverage of Jews and Israel, veteran Times reporter Neil Lewis wrote that “journalism is, in the end, storytelling, and it’s a basic tenet of the craft that those on the bottom are more sympathetic characters than the powerful.” Hence The Times’ growing sympathy over the past five decades for the plight of Palestinians.

The current crisis in its relationship with Jewish readers affords the newspaper an opportunity to rethink the story it tells. At a time so many openly deny Israel’s basic legitimacy, it’s high time the newspaper expanded its view of victims. Jews and Israel have also been victims, and The Times should adjust its news and editorial coverage accordingly. Such a move might not win back all the lost subscribers, but it might restore the paper’s proper place in the consciousness of its most loyal readership.