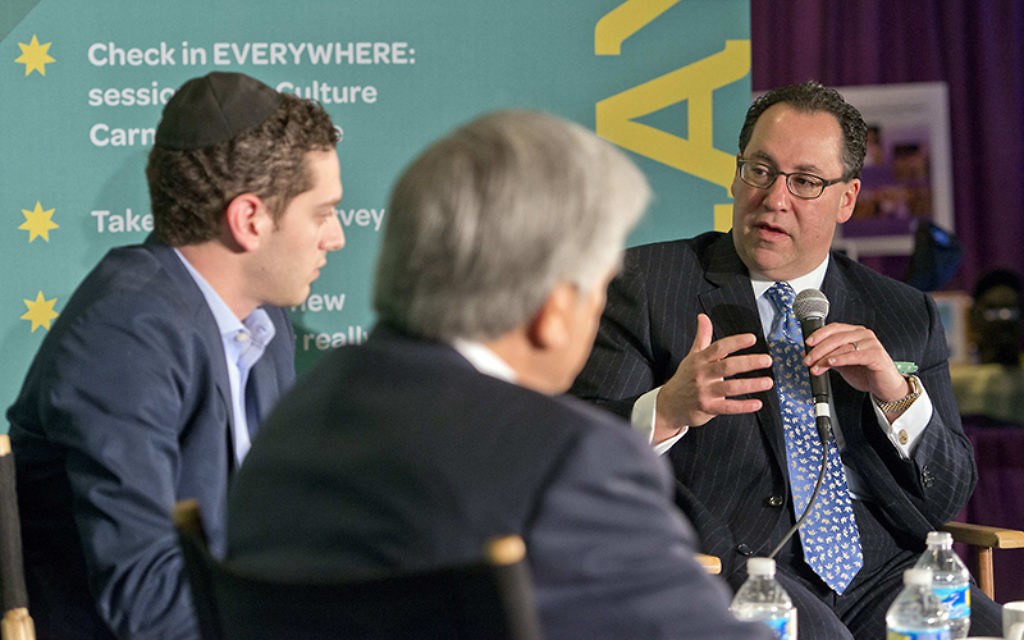 Washington – The head of a national Republican Jewish activist group predicted on Tuesday (Nov. 10) that dissatisfaction with the Iran nuclear deal will increase the GOP’s share of the Jewish vote in 2016. His Democratic counterpart argued that Jewish Americans, who overwhelmingly vote for his party, are divided over the deal and prioritize other issues.

The debate took place at one of the largest annual gatherings of Jewish activists in the world — the General Assembly of the Jewish Federations of North America — just hours before an address to the group by Israeli Prime Minister Benjamin Netanyahu.

“I say it with a broken heart and a lot of sadness,” said Republican Jewish Coalition Executive Director Matt Brooks on what he alleged is flagging Democratic support for Israel in recent years.

Brooks pointed to exit polls that show the Republican share of Jewish voters tripling between 1992 and 2012. “Election after election we continue to make gains and inroads,” Brooks said. “The Democrats are on the wrong side of the trend line.”

Republicans argue that the Iran deal will compromise Israel’s security, and Brooks says that is eroding Jewish support for the Democrats.However, his Democratic counterpart, Greg Rosenbaum, chair of the National Jewish Democratic Council, said many Jews support the Iran deal and believe it will bolster Israel’s security. He added that the majority of Jews will continue to vote Democratic because their values — including support for Israel — align better with those of his party.

“If you look at the issues on which American Jews vote, Israel is not in the top five,” Rosenbaum said. But on those top five issues, from health care to economic equality, “the Democratic Party is much closer to their position than is the Republican Party.

“Matt has to make the case that the Democratic Party is not in support of Israel … because that’s the only issue he’s got,” he added.

Less than a year before the next presidential election, Republicans and Democrats have begun scrambling for Jewish votes. Though Jews represent about 2 percent of the population, they are 4 percent of the electorate and also relatively active in politics and political fundraising.

The future looks brighter for Democrats, according to Rosenbaum, who pointed to a recent Pew Research Center study that shows that the percentage of American Jews identifying as liberal increased from 38 to 43 percent during the past seven years.

“The demographics within the American Jewish community firmly support Democrats,” he said.