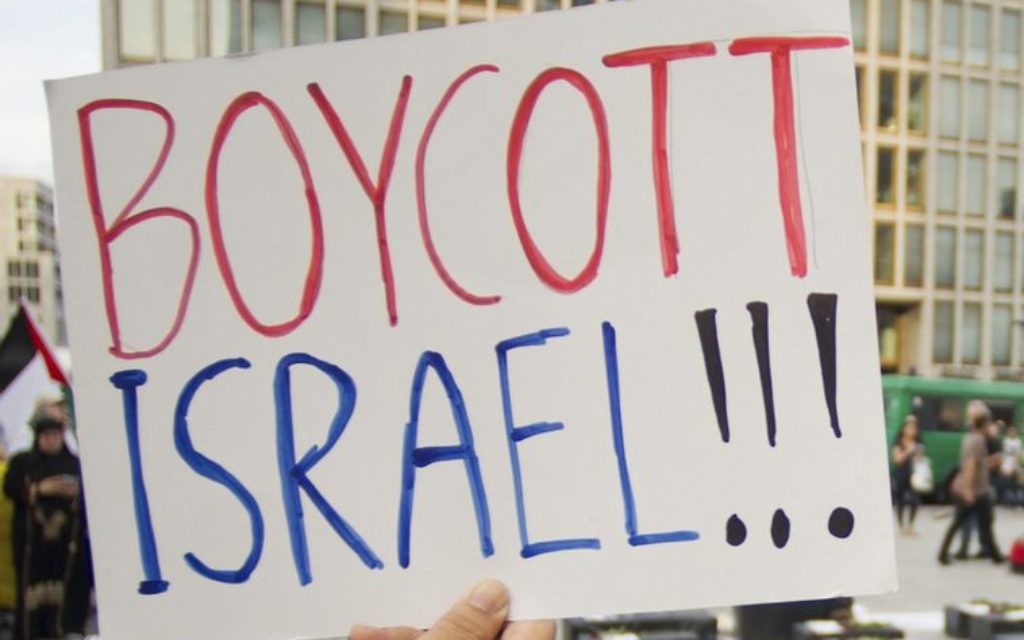 Pro- and anti-Israel activity at U.S. universities increased in the 2014-15 academic year, with groups that support the Boycott, Divestment and Sanctions movement against Israel springing up on more campuses and employing new strategies.

Nonetheless, there were more than twice as many pro-Israel events as anti-Israel ones on campus, according to the Israel on Campus Coalition’s “Campus Trends Report” released last week.

The report found that the number of U.S. campuses with anti-Israel activity jumped by 31.2 percent from the previous academic year, with two groups that promote BDS — Students for Justice in Palestine, or SJP, and Jewish Voice for Peace, or JVP — both increasing their presence. SJP is now on 150 campuses and JVP on 14 campuses, according to the Washington, D.C.-based group.

BDS resolutions on campus increased, particularly on the West Coast and in the Midwest, with activists for the first time pushing referenda in which the entire student population, not just student leaders, is asked to vote on BDS resolutions.

Another new development among pro-BDS groups in the past year was a concerted effort to strengthen alliances with progressive and social justice-oriented campus organizations, including LGBT, environmental and anti-racism groups. As a result, the 2014-15 academic year “saw an unprecedented increase in the number of SJP events that are co-sponsored by other campus groups,” and pro-Israel students “on some campuses on which social justice causes are championed by broad segments of the community reported feeling marginalized.”

The report also noted a “series of attempts, primarily on West Coast campuses, by anti-Israel activists to take over student governments.”

According to the report, anti-Israel efforts on campus receive “significant professional support” from several national organizations, including the American Friends Service Committee and Jewish Voice for Peace.

While anti-Israel activism increased, the ICC report also noted the creation of more than 100 new pro-Israel campus groups and said pro-Israel students “are increasingly disciplined, coordinated, and strategic thanks to the leadership of a broad coalition of national pro-Israel organizations.”

“Recent months have seen a slew of media reports alleging that BDS is taking over college campuses, but ICC-gathered data disprove that theory,” the report concludes. “Nonetheless, if the current trends on campuses nationwide persist, the result could be dangerously close to that reality.”