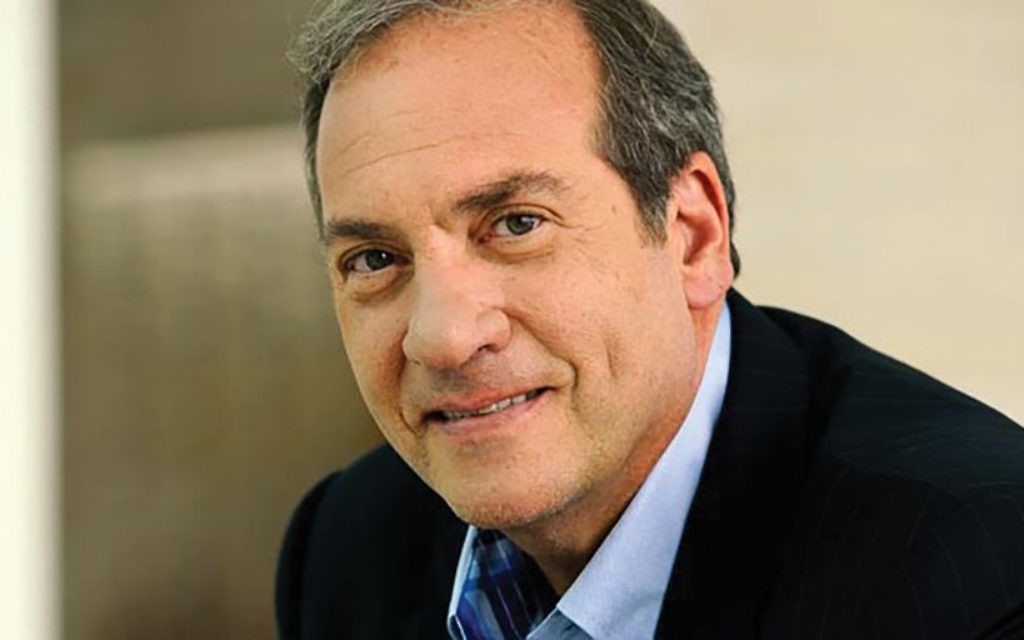 As the son of a leading Orthodox rabbi and a scion of a family embedded in the chasidic community, Yechiel Eckstein, who died suddenly at 67 in Jerusalem on Feb. 6, was a devout, deeply traditional Jew. Yet he answered a call from God to become an advocate for the Jews to the Christians, and I was fortunate to have had a close relationship with him for many years.

He remained steadfast in the face of lifelong criticism.

In pursuing his mission, he became a reluctant revolutionary, transforming the historic relationship of Jews and Christians.

Yechiel received ordination from Yeshiva University. Devout and steeped in prayer, he had a musical gift (played guitar) and a beautiful voice, often serving as a chazzan (cantor).

In 1976, he went to work for the Anti-Defamation League’s inter-religious affairs department in Chicago. The interfaith dialogue was run mostly by secular minded Jewish defense organizations. Their main concern was to end Christian anti-Semitism. They particularly resented Christian attempts to convert Jews. Liberal Christian denominations were their main target. Stung by the Holocaust, liberals were the most willing to officially give up proselytizing to Jews. However when Yechiel went into the trenches he met evangelical Christians who, out of Biblical reading, were led to love God’s Chosen People, the Jews. He resonated with their religious devotion. He shared their immersion in the Bible and their confident use of its language to express their direction in life. 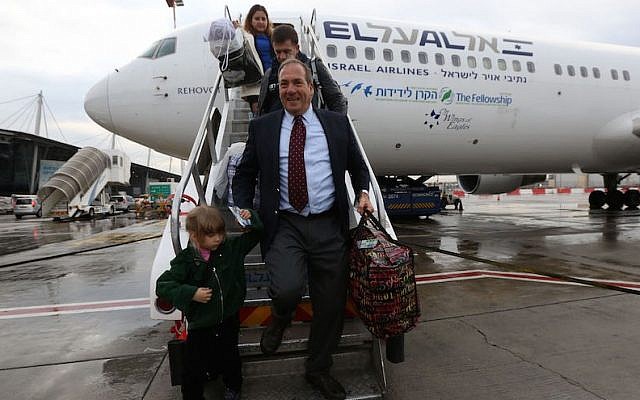 Eckstein had discovered the vast and growing pool of Christian Zionists who saw the fulfillment of Biblical prophecy in Israel’s rebirth. They wanted to help Jews and thus earn God’s blessing to Abraham, “I shall bless those who bless you and curse those who curse you.” (Genesis 12:3).

To the ADL, and to most Jewish Federations and organizations — all liberals — the evangelicals were anathema: Too associated with the old Christian anti-Judaism and anti-Semitism, too traditional, too devout, too intent on converting everybody, including Jews. Yechiel’s pleadings for a special outreach to the evangelicals were dismissed. (Two decades later the Israeli government ‘got it’ and openly linked up with Christian evangelicals in support of Israel and Jewry.)

Yechiel’s innermost spirit told him to stay faithful to his prophetic insight of an alliance with evangelical Christians. In 1981, though he had no resources, he decided to strike out on his own. He created a bridge organization between evangelicals and Jews which eventually became the International Fellowship of Christians and Jews (IFJC). Most of its meager money came from Jewish philanthropists in Chicago who supported Yechiel personally although they thought his idea was unrealistic. Gradually, he met evangelical religious leaders. They loved his devout spirit. His constant Biblical citations spoke their language. His personal connection to God resonated with their religious life. His passionate singing of Biblical verses lifted the hearts of Christian evangelicals. He gave them a taste of the vitality of the Jewish religion which they thought had been left behind and ossified when Christianity was born. Rabbi Yechiel Eckstein in Ukraine (Via Times of Israel)

Yechiel appeared on Christian television and telethons. He became a trusted friend of Pat Robertson, Jerry Falwell and the like — and they returned the favor. He communicated to thousands (and eventually millions) of evangelicals that Judaism was, like theirs, a Biblically-based religion, deeply related to God, with a vitality and spiritually regenerated spirit that was anything but dead or fossilized. In the end, he brought the message of Judaism to Christians like no-one in history had previously done.

Despite his achievements, Yechiel was religiously isolated. He continued to study Torah and often prayed in the yeshivish/charedi world. There, people were fixed on the inherited view of Christianity as idolatry, equal to worshipping man. He was incessantly attacked as collaborating with missionaries and denounced as religiously “unkosher.” (Ironically, when he shifted IFJC’s money to help Israel’s poor, the very charedim who distrusted him were disproportionately the beneficiaries of his philanthropy.)

Orthodox authorities and liberal organizations pressed Yechiel to demand that evangelicals repudiate missionary activity. In truth, he could not do this without forfeiting his credentials and allies — since evangelicals believed that the call to evangelize was Jesus’ central command to his followers. However, he was unshaken from the belief that he was doing God’s work. He intuited that by exemplifying Judaism’s religious vitality to them and by recruiting Christians to help Jews, and in doing so engaging them in Jewry’s historical renaissance, evangelicals would be moved toward religious pluralism. The best he could do for his critics was to urge evangelicals to witness to their faith but to leave it to God (and not targeted missionary activity) to move people to their religious destination. This limitation gave free rein to the continuing Jewish attacks on him. His projects were repeatedly, falsely, labeled a vehicle for seducing unwary or uneducated Jews to the enemy religion. 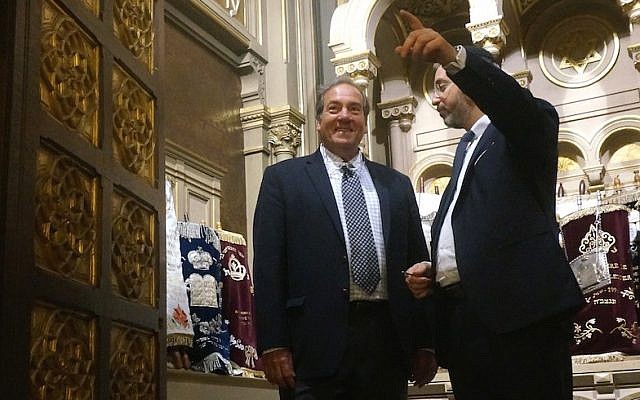 He was also periodically attacked in the evangelical community (especially by groups like Jews for Jesus) as undermining Christianity’s absolute status and as generating heretical attitudes, i.e., that Jews are directly saved by their relationship with God.

The constant attacks got to Yechiel. He was so deeply embedded in the traditional world that he wanted their blessing and was stung by their delegitimization. At first, he accepted the attitude that he and the money he raised was ‘tainted’. For many years, he turned over the proceeds to federations — later to the Joint Distribution Committee (JDC) — without being recognized publicly. He finally revolted, especially as the sums he raised increased. He demanded public acknowledgment and personal recognition. He broke away when it was not forthcoming. In Israel, he worked with the JDC, especially to aid the poor in the Former Soviet Union and Ukraine. He allied with the Jewish Agency, especially to help aliyah and sustain the needy sectors of Israel’s population. The same pattern repeated: Providing funding quietly, followed by demanding a public acknowledgment and personal recognition, followed by a breakdown of relations and break away. He could never resolve the mainstream Jewish organizations’ discomfort with evangelical Christianity and the Jewish groups could not abide his need for personal recognition.

IFCJ’s financial breakthrough came in the 1990s. In 1989, the Soviet Union collapsed and Yechiel seized this opportunity to launch the On Wings of Eagles project (a reference to Exodus 19:4). It would enable evangelicals to join in God’s historical plan and fund bringing masses of Jews to the land of Israel. He made a telethon movie, on which Pat Boone, a popular singer and respected evangelical public figure, and Jerry Falwell joined him to ask Christians to share in this fulfillment of prophecy. The film was shown widely in Christian television networks. Contributions exploded. The donors were not major givers, the average gift was $75, but eventually millions joined in. By 2000, the IFCJ was raising $30 million annually. 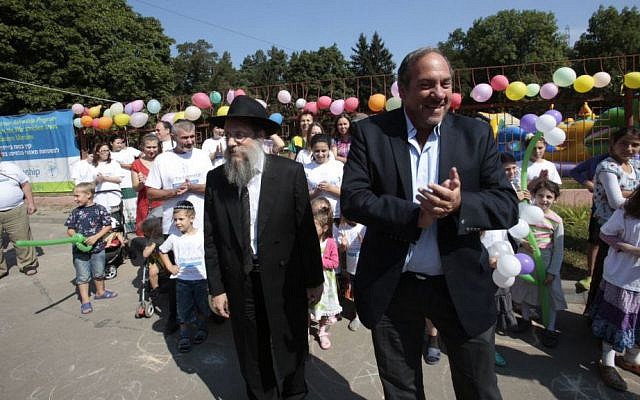 Yechiel grasped that channeling all this philanthropic support meant that for the first time there was a chance that Christians and Jews could move beyond tolerance to partnership in healing God’s world. He concluded that this partnership should focus on the poor and the needy with whom God dwells (Isaiah 57:15).

The project to help the elderly poor in the FSU was called Isaiah 58. Isaiah proclaimed that God wanted people, “To give your bread to the hungry, and bring the poor that are cast out into your home.”(Isaiah 58:7). Another telethon film brought the message far and wide. Again contributions swelled. Rabbi Yechiel Eckstein at a Passover food distribution site in Lod, Israel, as part of his work with the International Fellowship of Christians and Jews. Courtesy of IFCJ

Yechiel’s climactic project was to help the poor and needy Jews in Israel. He called on his Christian contributors to become Guardians of Israel (see Psalms 121:4). But why would Christians give money to the poor in Israel, a modern state with its own social welfare system? Yechiel’s answer was because they loved the Jews as God’s Chosen, as the source of Christianity and as bestowers of the gift of salvation on them as Gentiles. Above all, they would be doing acts of loving kindness and human compassion which God asks of them. By doing this for Jews, they would earn God’s blessing for all those who bless the people of Israel. (See Numbers 24:9).

While Yechiel’s premature death is a tragedy, in his short lifetime he accomplished something historic. He united Jews and Christians in a partnership. I believe that he honored God’s original vision in opening the covenant to the Gentiles through Christianity, i.e. the mother and daughter religions would respect each other and cooperate in loving care of God’s precious human beings. He had channeled the love of evangelical Christians for Hebrew Scriptures and Jews into a mighty stream of beneficence through charitable giving. In the process he brought help to needy Jews, perhaps more than any individual in history. He had become a world champion of acts of loving kindness.