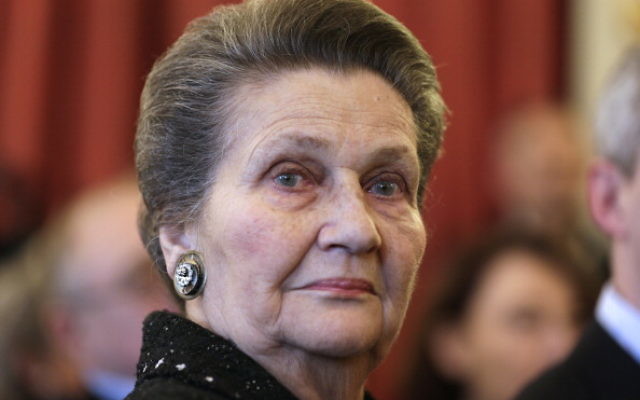 A lawyer by training, a survivor of Auschwitz, Simone Weil became in the decades after World War II a civil servant, a cabinet minister, president of the European Parliament and one of the most admired woman in the country. Getty Images

The Jewish world this week lost two prominent figures who stepped away from their chosen professions to serve wider communities.

In Paris, Simone Weil died at 89, buried with full military honors in the Parthenon, the final resting place of the elite of French society. A lawyer by training, a survivor of Auschwitz, she became in the decades after World War II a civil servant, a cabinet minister, president of the European Parliament and, according to a poll of her fellow French citizens two years ago, the most admired woman in the country.

In New Jersey, Jonathan Woocher died at 70, buried in the state he called home. A former faculty member at Brandeis University, he left the academic life to serve for 27 years as the top professional at the Jewish Education Service of North America (JESNA), the now-defunct umbrella organization that advanced Jewish education on a non-denominational basis, where he was widely recognized as a national leader in innovation

A European woman from an assimilated Jewish background, an American man imbued in Jewish life; both exemplified the Jewish tradition of using one’s skills for the greater good. Neither Weil nor Woocher forgot their roots. She was the president of France’s Holocaust remembrance organization from 2000 to 2007, and lobbied for her homeland to accept responsibility for its role in the deportation of French Jews. He argued that Holocaust memory inspired “a commitment to Jewish survival” — “sacred survival,” he called it.

Weil, best-known in France for pushing forward a progressive abortion law while serving as minister of health in the 1970s (it is popularly known as “the Veil law”), had the number 78651 tattooed on her arm at Auschwitz.

Woocher, who after leaving JESNA became chief ideas officer at the Lippman Kanfer Institute, a social entrepreneur think tank, was an author and conference organizer who inspired the next generation of Jewish educators and innovators through his public speeches and private mentoring. His resonant voice would lead worship services for years at Camp Ramah and later, at his West Orange, N.J., congregation.

In their disparate ways — in the political sphere and in Jewish educational circles — both acted as a Kiddush Hashem, a sanctification of God’s name. Their memories will continue to be a blessing, as were their lives.