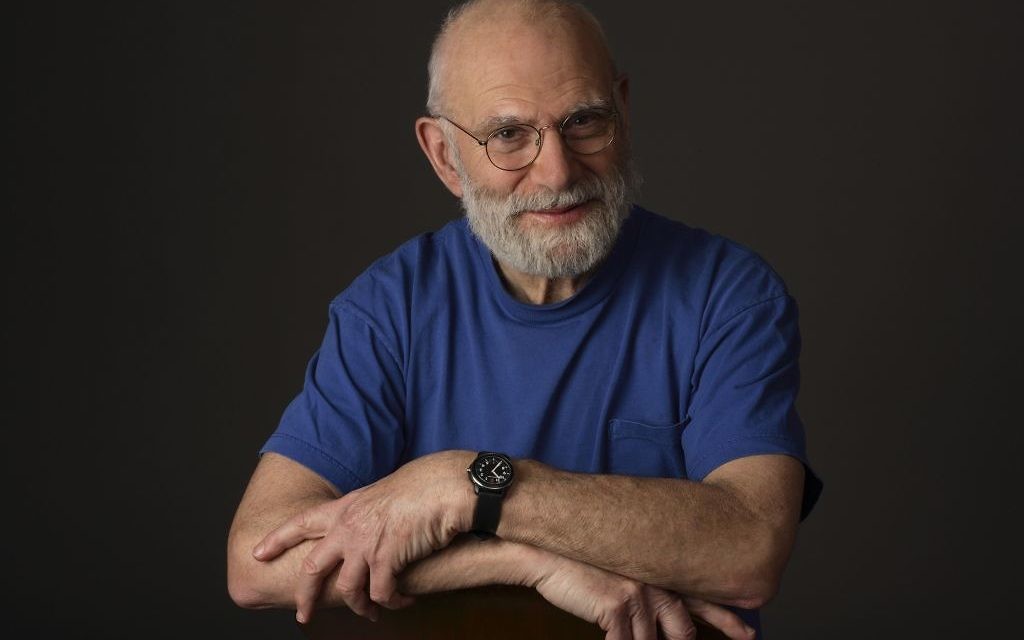 One thing I’ll never forget about my 1997 interview with Oliver Sacks was that, after trying for weeks to get to see him, I neglected to turn on the tape recorder. When I left his Greenwich Village apartment and tried to play back the tape, I realized it was blank. And his voice was so soft-spoken and gripping that I barely took notes. I felt like a character out of one of his studies: The Reporter Who Mistook Her Finger for a Microphone.

But he was more than kind. Since my interview was to appear as a “Q and A” in the British medical journal The Lancet, I needed to do the interview again. I returned a few days later, and we both had tape recorders going. He answered with the same thoughtfulness as the first time. It was a pleasure to listen, a second time.

He was then 63, and as he kept fidgeting in his seat or jumping up to adjust the window or to get an amusing item from another room, he reminded me of Robin Williams’ portrayal of him in the 1990 film “Awakenings.”

A neurologist and author who was a professor of neurology for many years at the New York University School of Medicine, Sacks died on Sunday of cancer at age 82. His many books, opening up various aspects of the workings of the brain for a general audience, include the international bestseller “The Man Who Mistook His Wife for a Hat,” “An Anthropologist on Mars,” “The Mind’s Eye” and “Seeing Voices.” His most recent book, the memoir “On the Move,” was published earlier this year by Knopf.

“I would like to be seen as a sort of explorer, driven by, and trying to share, a strong sense of wonder,” he said in our interview. His humanity and empathy are reflected in his writings, in which he would frequently share the narratives of his patients’ lives and afflictions, constructed through his well-honed skills in listening. While he did not invent the idea of a clinical narrative, he brought together clinical and human elements to address puzzling questions. “I think of it as being on the intersection of biology and biography,” he said, about his technique.

When I asked about the stunning metaphors throughout his work, he said, “Typically, I like to see my patients in the morning and then I need a gap. My Beth Abraham office is opposite the New York Botanical Garden. I go out for a walk and think about other things, nothing to do with neurology. But when I come back, narratives and metaphors have somehow formed inside me.”

In “On the Move,” he explains how each of us “constructs and lives a ‘narrative’ – and is defined by this narrative.” Composing our lives into a narrative is a way of composing the self.

In several recent autobiographical, very powerful essays in The New York Times, he shared intimate aspects of his own narrative, including his knowledge that he was dying, his homosexuality (he didn’t hide it, but was private) and his Judaism. In the most recent essay, “Sabbath,” published on August 14th, he recalled the Sabbaths of his youth in England, filled with family visits and synagogue –- where he didn’t understand the cantor’s Hebrew, but loved the sound. He grew indifferent to Judaism after his 1946 Bar Mitzvah and later felt a rupture after his mother, upon hearing that he thought he might be attracted to men, called him an abomination. Much later in life, he traveled to Israel with his lover for an aunt’s 100-year old birthday, and felt embraced in a way he hadn’t since childhood. He writes with a wistful quality, wondering what might have been.

He closes the essay with an unforgettable flourish, wondering about what makes a good and worthwhile life. As he wrote, he felt to be in the seventh day of his life, “when one can feel that one’s work is done, and one may, in good conscience, rest."