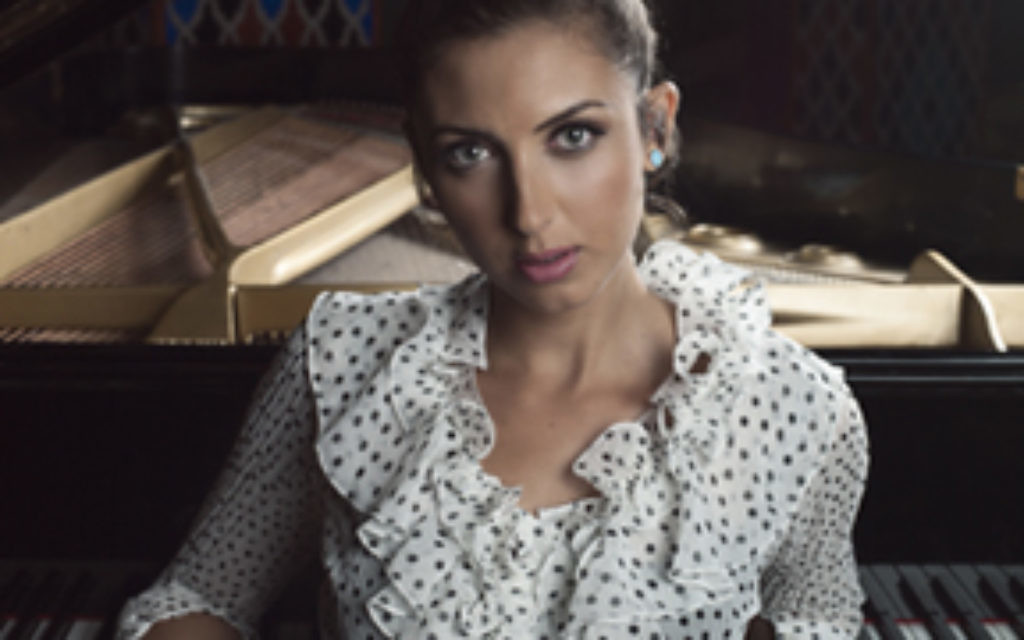 It was almost exactly a year ago that I found myself sitting in a café in Washington Heights with the jazz pianist Shimrit Shoshan. She had just released her first CD as a leader, “Keep It Movin’” and was nursing an iced coffee, musing on the extraordinary combination of tenacity and chutzpah that had brought her from Israel to New York to play jazz.

“I came to New York a 19-year-old kid with two suitcases and a thousand bucks,” she said, laughing. Although she knew Anat and Avishai Cohen, leading Israeli jazz players here, she was determined to make her own way in the New York scene.
When she died suddenly on Aug. 19 from cardiac arrest, she had done precisely that during the decade she had been here. Shoshan was 29.

Shoshan was a self-taught flutist and organist when she entered Israel’s prestigious Thelma Yellin School of the Arts at age 8. Like many Israeli jazz players, she did her military service as a musician. During that service she spent two months in the States doing workshops, and that experience convinced her that if she were going to have a future in jazz it would be here.
So she took that fearless leap into the professional void, coming to New York with her suitcases. Like any newcomer, she was dazzled by the vitality of the city’s music scene.

“I wanted to study with street musicians and hang out in the clubs,” she said last year.

Shoshan did all that, becoming a regular at the late-night jam sessions at Small’s, but she also followed a more conventional learning path, entering the jazz program of the City College of New York in 2004 and continuing at The New School in 2006. Along the way, she acquired numerous scholarships for her performances as well as her compositions.

The vibrant Israeli jazz community in New York City is based mostly in parts of Brooklyn and Greenwich Village. Shoshan opted for a more historical home. Attracted by “the vibe that’s there in Harlem,” she lived in a building in that part of Harlem that gradually becomes Washington Heights, a building whose past tenants included Mary Lou Williams, Count Basie and Duke Ellington. And she assiduously name-checked the great players who influenced her: Bud Powell, Thelonious Monk, Herbie Nichols, Sonny Clark.

Her CD mined a rich vein of the cream of late ‘50s-early ‘60s jazz piano, music from the end of the bebop era, when it began to blend into the modal innovations of John Coltrane and Miles Davis, a period of jazz piano that hasn’t got a label but does have a special sound. It’s cerebral but funky, a little impressionistic but bluesy.

It seemed ironic to me that the one thing that was missing from Shoshan’s sound was any Middle Eastern flavoring. She quickly pointed out that the recording and tunes had been done three years earlier.

“The music I’m writing now might have more of that flavor,” she said. “I came here to learn, not to conquer. I needed to do some investigation before I could call [what I write] Israeli jazz.”

Recently she was clearly making good on that promise. She told JazzTimes, “I feel like I have a Bud Powell left hand and a Moroccan-Israeli right hand.”

Before we parted, Shoshan said to me, “I feel I’ve developed a lot. It’s taken a long time, and the process isn’t easy. But you can’t avoid it; you have to go through the process. If you don’t grow, something is missing, you’re not doing the right thing.”

That process has ended now. What Shimrit Shoshan leaves behind is a small but rich testimony to how well she managed it.

An event in Shimrit Shoshan’s memory will be held at Le Poisson Rouge (158 Bleecker St.) later this fall; for information, call (212) 505-3474 or go to www.lepoissonrouge.com. Shoshan’s CD “Keep It Movin’” is available for download on iTunes or for purchase from www.CDBaby.com.