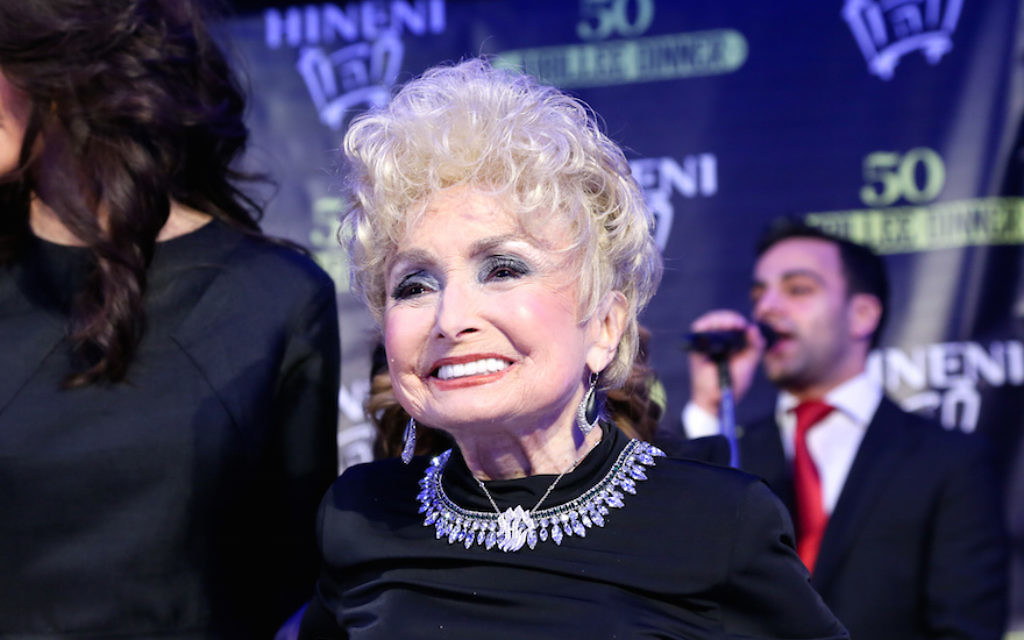 Esther Jungreis was ahead of her time. A devoutly Orthodox woman, she took on the traditional role rabbis have held for centuries, encouraging countless numbers of Jews to appreciate their religion as a precious gift.

A pioneer in the Jewish outreach movement and founder of the organization Hineni, Rebbetzin Jungreis, as she was widely known, was a diminutive presence, well-coiffed and poised, and able to hold large and diverse audiences spellbound with her dramatic presentations, combining Torah stories and insights into Jewish teachings and values in a voice often soft, sometimes urgent. Her death here on Aug. 23, at the age of 80, marked the end of a remarkable career.

For more than five decades, Rebbetzin Jungreis traveled the world, offering messages of motivation and musar [ethical discipline] to Jews of all ages and backgrounds. “I believe that every Jew is a Jew,” she was widely quoted as saying. “We have one Shabbat, one God, one Torah and one faith.”

She often spoke of her Holocaust experience as a child, deported from her native Hungary at the age of eight, in 1944, with her parents and two brothers. They were inmates at Bergen-Belsen for six months before being released, a highly unusual occurrence, and lived in a refugee camp in Switzerland before settling in Brooklyn in 1947. There she married a distant cousin, Rabbi Meshulem HaLevi Jungreis, and together they founded the North Woodmere Jewish Center in 1964 and had four children. The rabbi died in 1996.

In addition to her many lectures, videos and classes, Rebbetzin Jungreis reached people through several books, including “The Jewish Soul On Fire,” based on her childhood, and “The Committed Life: Principles for Good Living From Our Timeless Past,” with advice on incorporating traditional religious practice into modern lives. A vocal critic of intermarriage as a threat to Jewish continuity, she had a special interest in promoting in-marriage among Jews and offered advice on relationships and family life.

In a series of filmed interviews made in recent years, soon to be released, Rebbetzin Jungreis reflected on her life and offered messages of encouragement. We were all created by “the breath of God,” she said in one, speaking directly into the camera. “You are holy. Never forget who you are.”

Surely her teachings will continue to serve as an inspiration for those who saw and heard her in person, and those who will discover her through her videos and writings. May her memory be a blessing.