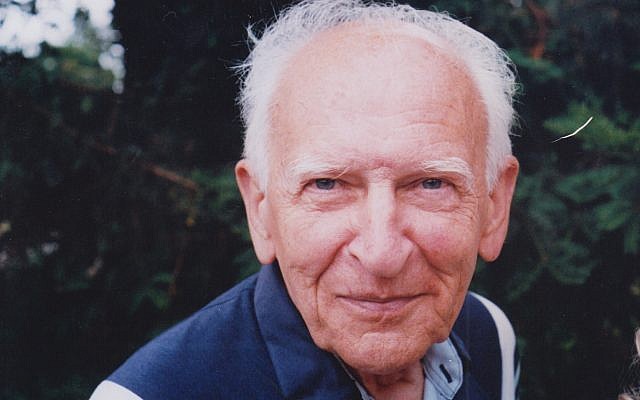 Not many people outside of the Hungarian émigré community in the U.S., or some circles of Holocaust survivors or the residents of Buffalo, my hometown where the Budapest native settled several decades ago, know the name of Tibor Baranski.

And no one, besides members of his own devoutly Catholic family would call him “Uncle,”, as I, an Orthodox Jew, did.

As he in turn called me Pista, the Hungarian diminutive for Stephen.

Uncle Tibor — it would sound unnatural to refer to him here as Mr. Baranski, which is this newspaper’s usual practice in articles of this type — was a hero of the Holocaust. It would be an exaggeration to call someone who was recognized by Yad Vashem as a Righteous Gentile and won several awards from Jewish organizations an unsung hero, but never seeking accolades, he never achieved the same level of fame as someone like Raoul Wallenberg, with whom he worked during World War II saving Jews from the Nazis.

Uncle Tibor, in 1944 a young priest-in-training, did for the Papal Nuncio, the Vatican’s ambassador in Budapest, just what Wallenberg, the Swedish scion of a wealthy banking family, did for the Swedish embassy. He set up safe houses for endangered Jews, printed meaningless but-official-looking and lifesaving passes that impressed Nazi soldiers, pulled Jews out of roundups and defyied Nazi officials, risking his life.

Understanding the Nazi mentality, he borrowed the Papal Nuncio’s impressive-looking diplomatic vehicle, a Rolls Royce, and using a combination of bluster, bravado, theatrics and abusive language he ordinarily would not use, outwitted and out-thought Nazi soldiers and anti-Semitic Arrow Cross members.

“I worked night and day and got very little sleep. Some days I didn’t have a second to eat,” he would say. He was 22 then. Besides the grace of God … I had some courage and some organizational abilities.”

Why did he risk his life?

“Because the physical life is nothing.”

Uncle Tibor was credited with saving 3,000 Jews. Maybe more. “My Jews,” he called them, in the style of many non-Jews who rescued Jews during the Shoah.

He had lived in Buffalo for a few decades — he left his homeland after the 1956 Hungarian Revolution, as he was as avidly opposed to the godless communists as he had been to the Nazis. But I never heard his name until in 1979, when someone I had known from college mentioned that his landlord was getting some sort of honor from Israel.

Tibor Baranski was to be recognized as a “Righteous Among the Nations,” Yad Vashem’s highest designation for gentiles who had put their lives on the line for Jews, it turned out. I was then serving as editor of the Buffalo Jewish Review, the city’s weekly Jewish newspaper. I contacted this Baranski, interviewed him, heard him tell stories of how  his deep Catholic faith led him to ignore demands by Nazi officers that he stop working on behalf of Jews. And I heard other deeds of bravery, including enduring then defying Nazi demands that were delivered with a pistol held to his head. 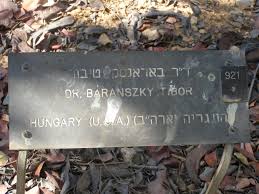 “Why do you, a Christian, help Jews?” Uncle Tibor told me the Nazis asked him.

“You are either silly or an idiot,” he would answer. “It is because I am a Christian that I help the Jews.”

And I wrote about Uncle Tibor, the first of a series of articles over the years that developed into a friendship between him and his wife Katalin (he had given up his dream of becoming a priest after the war), and my parents.

Uncle Tibor wasn’t bragging when he told these stories; he was simply talking about his life. His only reward, he would tell me, would come from God. “If” he was deserving. “I only did what God demanded of me. I’m only a useless servant.”

“Your not-so-lousy uncle,” he would identify himself, in the Hungarian accent he never lost, when phoning me, his form of self-effacing humor.

The Baranskis shared many Shabbat meals and Passover seders with the Lipmans.

That’s when he became my “Uncle Tibor,” the only name I ever called him. He would call me his “dear Nefew” in letters.

When I got married in Brooklyn nearly 30 years ago, the Baranskis came in from Buffalo.

Uncle Tibor, until his health and memory began to fail in recent years, would send me Pesach and Rosh HaShanah greeting cards annually, with messages written in English or Hungarian. As he became weaker, he still insisted on accompanying his family to trips back to Hungary, where he seemed to regain his strength.

Sometimes I would try to schmooze with him in my meager, self-taught Hungarian; he always humored me.

He was a typical product of his generation and upbringing –  regal and confident, a man who knew his place in this world and the next world. He was a combination of formality and casualness, an Old World kisser of women’s hands, always dressed in jacket and neatly pressed pants, fluent in German (he also, predictably, knew Latin and some Hebrew), a devotee of classical music and fine art.

Over the decades, including a day I spent with him traveling to the White House in 1981 to attend the ceremony at which Wallenberg (who had been arrested by the Red Army in Budapest in January 1945 and disappeared into the gulag) was made an honorary U.S. citizen, I heard Uncle Tibor tell stories: about working with Wallenberg; about sharing a cell with an Orthodox rabbi in Hungary after being arrested for his anti-communist activities; about being embraced in Israel during a trip there by a then-grown Hungarian-born Jew who recognized his savior from time spent in one of Budapest safe houses when he was a child;  about in effect adopting a young Holocaust survivor; about serving on the U.S. Holocaust Memorial Council. 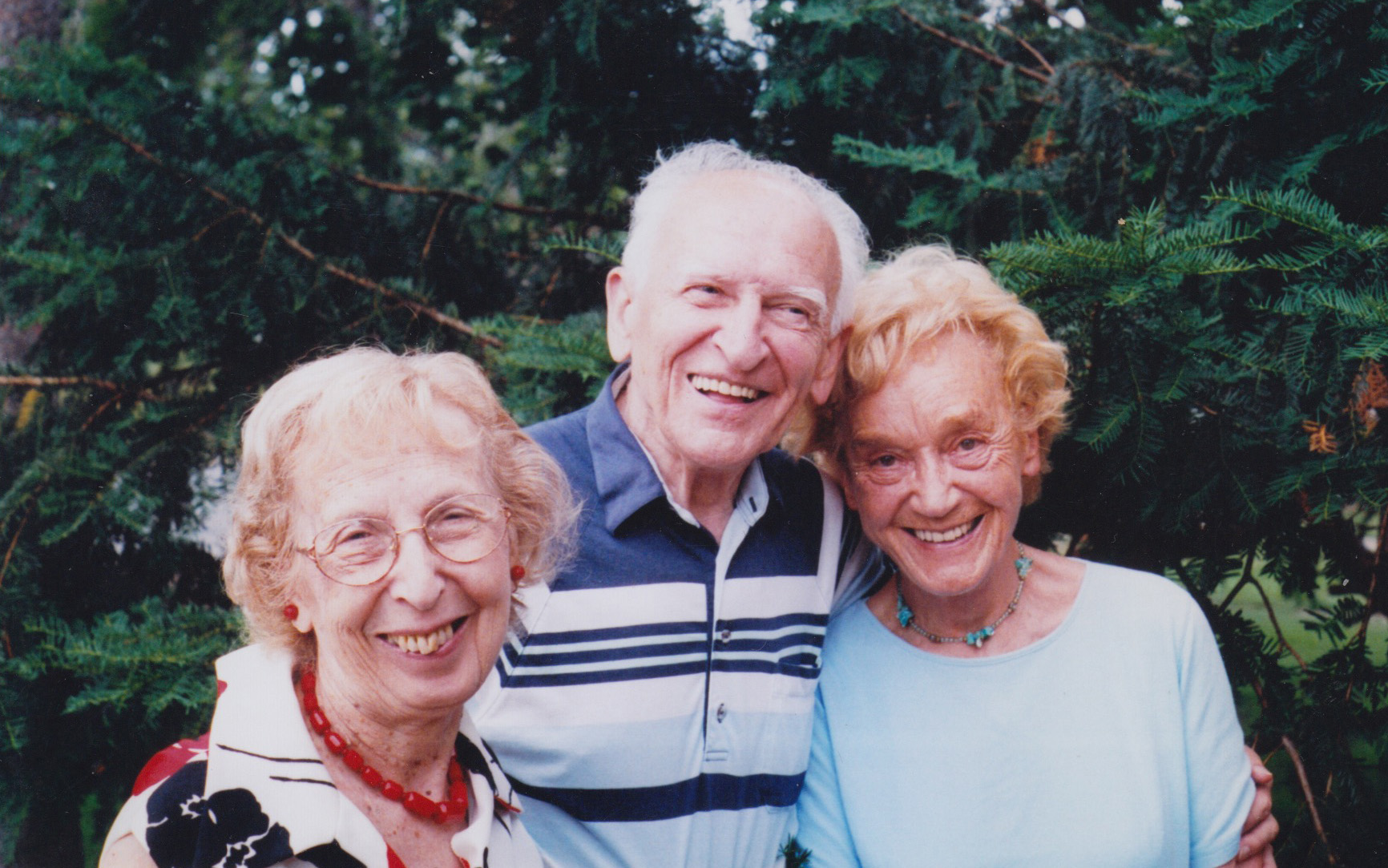 The same strength that powered Uncle Tibor’s heroism also made him stubborn. He was as unbending as steel when his religious or political beliefs were challenged. That stubbornness cost him many jobs, including one as a teacher in the Buffalo public school system, when he refused to compromise his autocratic, no-excuses-accepted teaching style. He would call people who earned his ire, including bosses and prominent politicians, “sh–s,” a decidedly un-Christian term. A conservative Catholic, he could be respectfully critical of the liberal turn he thought the Church was taking, especially during the papacy of John Paul II. A loyal U.S. patriot, he would unapologetically lambaste any number of U.S. politicians.

The Buffalo News, in its obituary this week (he died Jan. 21), called Uncle Tibor a “quiet hero.” I question the adjective. He was anything but quiet. He would let you know if he disagreed with anyone or anything. In Nazi-occupied Budapest, he called Adolf Eichmann, to the infamous Nazi’s face, a scoundrel.

In Israel one year, I wandered around the winding roads of Yad Vashem one afternoon in an attempt to locate the tree, with a plaque bearing Uncle Tibor’s name at the base, which had been planted in his honor. It took hours; no map was available; I finally found it and photographed it; Uncle Tibor was delighted to receive a print as a gift.

My framed print now hangs in my living room.

As a devout Catholic, Uncle Tibor always showed deep respect for my observant Jewish faith; if he would bring me some food, he would make sure it bore a kashrut symbol.

For Uncle Tibor, his own faith, his belief in heaven, was as tangible as the Bible he would frequently hold in his hands.

“He always talked about death as his heavenly birthday,” his stepson, Dr. Peter Forgach, a Buffalo eye surgeon, told me on the phone this week.

Uncle Tibor died at 96, surrounded by family, a rosary in his hands; he had received the last rites a few days earlier.

The last words that passed his lips were a prayer.