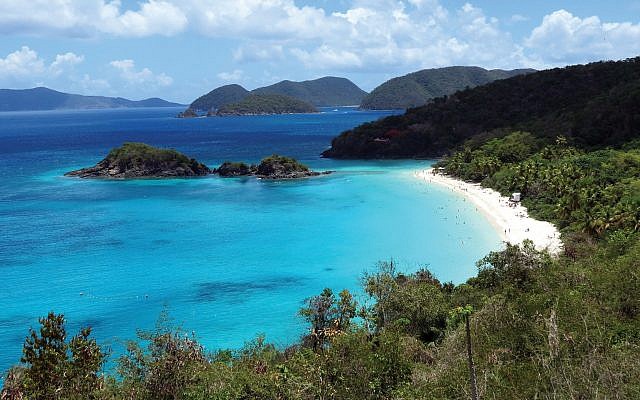 Last week, chanukiahs lit up throughout the Caribbean.

Nearly 300 people — including the islands’ governor and other local leaders — danced away the tropical night at the Chabad of Puerto Rico’s annual Chanukah party. On nearby St. Thomas, in the U.S. Virgin Islands, Rabbi Asher Federman hosted about 70 local Jews for latkes and song.

The lighting of a menorah symbolizes hope in the darkness, and it has a special resonance for the Caribbean’s Jewish communities. Just over a year ago, much of the region was devastated by Hurricanes Maria and Irma, which destroyed homes, infrastructure and — temporarily, at least — the vital tourism industry.

Now the locals have a message for Jewish vacationers: Please visit. From San Juan to Anguilla, touristic areas have been rebuilt, resorts and smaller lodgings are open for business and most beaches are as beautiful as ever.

And while the recovery is very much ongoing — with rural and outer-lying areas still suffering from lack of infrastructure, and some of the biggest hotels still shuttered — the islands are seizing the opportunity to rebuild with improvements, said Rabbi Federman. 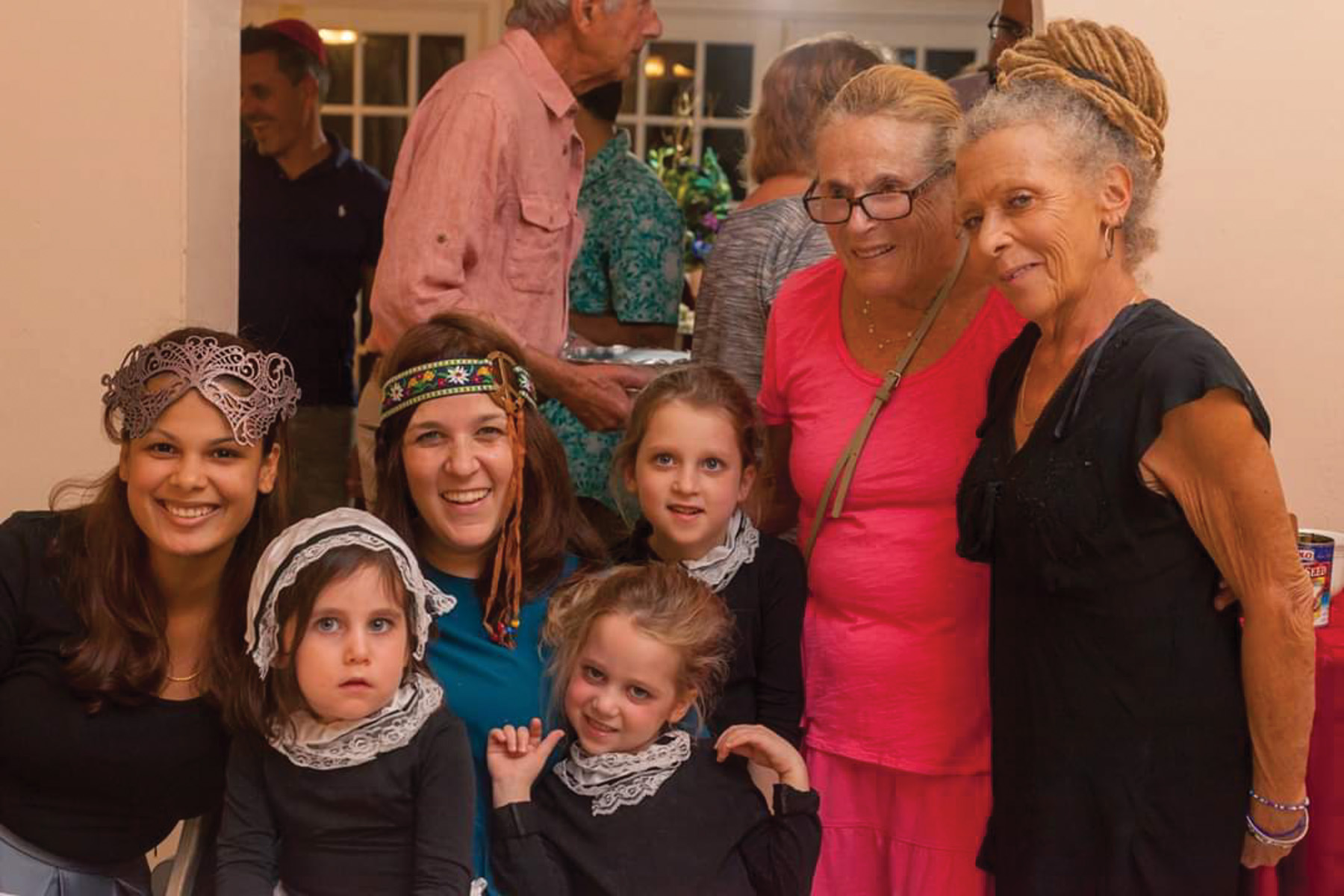 Local Jews in the Caribbean have a message for vacationers: Please visit. Flickr Chabad of the Virgin Islands

“There’s a lot of work that needed to be done for many years,” he noted, adding that destruction provided the impetus for widespread renewal. In St. Thomas, for instance, the rabbi said a new main street was rebuilt to be wider and more accommodating, making the waterfront more pleasant to stroll.

Hotels and restaurants that had been planning upgrades are being revived with fresh appeal — though in the Virgin Islands, which struggled without electricity for months, many of the highest-profile resorts have yet to reopen.

“The word is that once they’re complete, everything’s going to be brand new — a new sense of charm and interest. The resorts are going all out,” said Rabbi Federman. And while some Jewish families left the islands, newcomers have arrived, fortifying minyans and infusing the community with entrepreneurial spirit.

On St. Thomas, the historic synagogue in Charlotte-Amalie is drawing a smaller but steady stream of tourists. Within the past year, the Marriott Frenchman’s Cove and the Ritz-Carlton Club resorts have reopened, and private vacation rentals are thriving as larger hotels rebuild.

Nonetheless, “people are still living in different universes here,” said Rabbi Federman — a reality that applies across the region. Much of the local population is poor, and many have waited months to collect insurance money, find contractors to rebuild, and access vital services. Many have lost jobs and livelihoods.

“There’s been a reshuffling in the Jewish community, and overall, we’re still assessing; the chips haven’t completely fallen yet,” the rabbi said.

On Puerto Rico, Chabad’s recently opened Rohr Jewish Center was a vital resource center throughout the 2017 storm season. A year later, Rabbi Mendel Zarchi is relieved to finally be able to focus on the spiritual needs of his growing Jewish flock and Shabbat visitors, rather than on basics like food and water.

“It was a challenging year, but at this point, it’s behind us and we can go forward with the vision of what we want for our communities,” he said. As it recovers from the double punch of an economic crisis and storm-ravaged infrastructure, Puerto Rico is moving forward, welcoming a diverse influx of young, professional Jewish families — a mix of Americans, Russians and Israelis, Rabbi Zarchi said — drawn by new opportunities in a Jewishly welcoming paradise.

“There’s a positive vibe, a feeling that Puerto Rico is a place where you can live well,” the rabbi reflected a day after hundreds gathered to light a unity candle for Chanukah. “The Puerto Rican community is very hospitable, warm and accepting.”

Electricity, WiFi and other infrastructure basics are now standard in urban centers and at re-opened hotels. Parts of the El Yunque rain forest have revived, and the most iconic beaches — including the gorgeous, swimming pool-like Flamenco Bay on Culebra Island — are as lovely as ever.

Visitors to Puerto Rico’s more far-flung and rustic zones may still encounter unreliable electricity, cell phone or internet coverage, and not all roads are in good shape, especially in the mountainous interior. Those shortcomings point to a painful reality, noted Rabbi Zarchi: While affluent communities have recovered from the storm, Puerto Rico’s low-income majority continues to struggle.

Still, as Rabbi Federman told me, “There’s a definite sense that once we’re through all of this, there’s going to be a real sense of renewal and rejuvenation.”