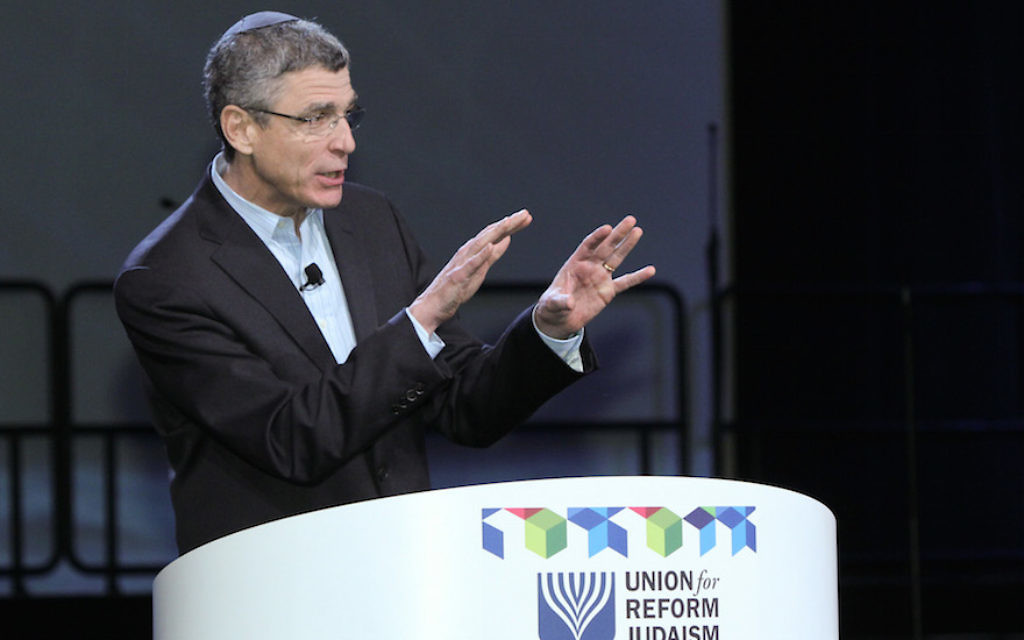 The Reform movement, the largest in American Judaism, is set to pass what is being called the most extensive resolution on transgender rights of any major religious organization.

The “Resolution on the Rights of Transgender and Gender Non-Conforming People” is set to be considered and voted upon Thursday at the Union for Reform Judaism’s biennial conference in Orlando, Florida.

Prepared by the URJ’s Commission on Social Action, the resolution affirms the movement’s commitment to the “full equality, inclusion and acceptance of people of all gender identities and gender expressions.” It calls on Reform congregations, congregants, clergy, camps, institutions and affiliates, including the NFTY youth group, to refer to transgender individuals by their name and gender of choice and to advocate for the rights of people of all gender identities, including gender-neutral bathrooms and using gender-neutral labels.

The resolution also calls on Reform institutions to review their use of language in prayers, forms and policies, as well as to call on institutions to create ritual, programmatic and educational materials “that will empower such institutions to be more inclusive and welcoming of people of all gender identities and expressions.”

The resolution urges the adoption and implementation of legislation and policies that prevent discrimination based on gender identity and expression, and the revision of U.S. and Canadian laws to ensure full equality and protection for transgender individuals.

Other religious bodies, including the Episcopal Church, the United Church of Christ, the Unitarian Universalist Association and the Reconstructionist Rabbinical Association, have approved resolutions affirming equality for transgender and non-gender-conforming people, according to The Associated Press.

In 1977, both the Union for Reform Judaism and the Central Conference of American Rabbis, the main rabbinical association of the Reform movement, passed resolutions affirming “the rights of homosexuals.” In 2003, Hebrew Union College-Jewish Institute of Religion, the movement’s seminary, admitted its first openly transgender rabbinical student.