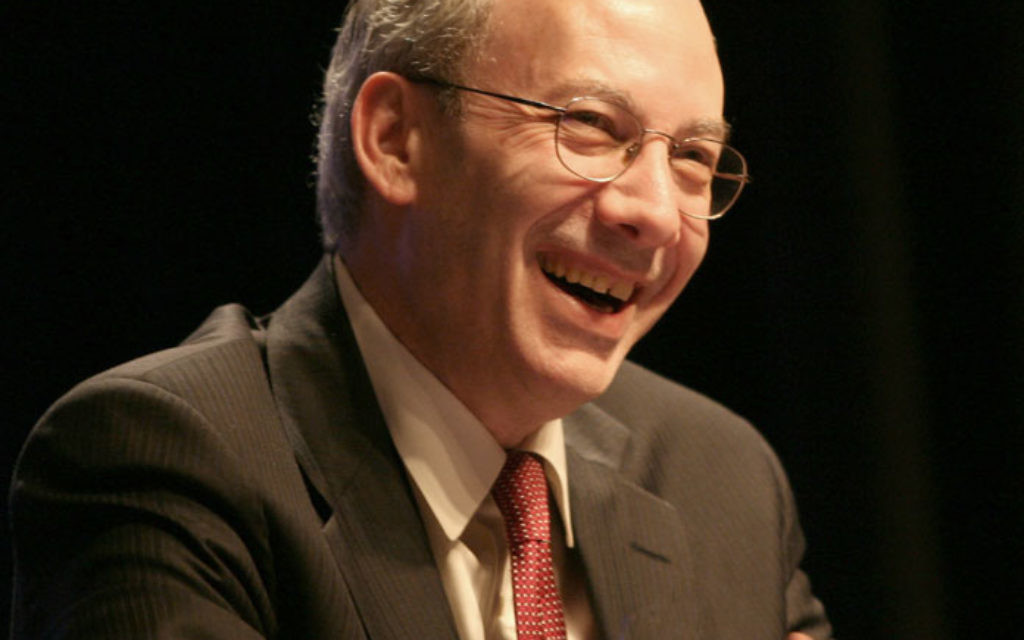 Rabbi Eric Yoffie, one of the most outspoken and often controversial leaders in American Jewry, announced Thursday that he plans to retire as president of the Union for Reform Judaism in two years, when he will be 65 — but not before he tackles some major challenges facing the nation’s largest synagogue movement.

He told a URJ board meeting Thursday afternoon that he plans to spend his remaining time in office focusing on rebuilding the Reform youth movement, which he said has declined to “dangerously low levels,” and to promote teen engagement.

He noted that “if current trends continue, approximately 80 percent of the children who have a bar/bat mitzvah in our congregations will have no connection of any kind to their synagogue by the time they reach 12th grade.

“This is a disaster for our young people and for our congregations as well,” he said.

Rabbi Yoffie said he was heartened, though, by the fact that about 40 congregations around the country have succeeded in retaining about 80 percent of their youngsters, and that a national effort will be made to duplicate that level of success.

Rabbi Yoffie told The Jewish Week he had always felt it was not healthy for an organization or its leader “to stay forever,” and that he already has remained president of the movement longer than he had originally anticipated when he was chosen in 1996.

But “the crises of recent years energized me,” he said, and he felt the need to confront the serious financial problems that arose as a result of the economic meltdown before leaving his post.

He described the movement’s membership figures — roughly 1.5 million — as “stable” at present.

While preferring to focus on the short-term future and the ambitious programs he laid out at the board meeting, he said the highest priorities of his tenure until now dealt with “worship and learning.”

Prayer services across North America have become “more participatory, heartfelt, accessible, enthusiastic and meaningful” than in the past, he said.

“There was initial resistance,” he noted, but asserted the change has been revolutionary.

In education, the rabbi pointed to successes in the growth of Reform nursery schools, now numbering more than 300, but acknowledged the need for greater instructional effort overall.

“Our core [membership] is more educated, but we have a huge amount of work to do” to teach the majority of Reform Jewry.

Rabbi Yoffie said his movement is the largest Jewish denomination because it has an “open door, inclusive” policy. “We are the place for the intermarried, gay or lesbian, and disabled to explore Judaism.”

Divisiveness in the community over Israel is deeply troubling to the rabbi, who asserted that “there can be no Judaism without Israel.”

He said the movement includes many people on the political left, and large numbers of members in their 30s and 40s “for whom Israel is an issue they don’t understand.”

A firm believer in interfaith outreach, the Reform leader was the first rabbi to address both the Islamic Society of North America, and the student body of Liberty College, an Evangelical school founded by Rev. Jerry Falwell.

“Dialogue and joint action are central to who we are,” he said.

In his address to the Reform board today, Rabbi Yoffie said another key focus of the movement will be the creation of the Reform Movement Center in New York to house the URJ, the Hebrew Union College-Institute, the Central Conference of American Rabbis and the Reform Pension Board. He acknowledged that it would take years to accomplish, but said it was a “one-time opportunity to reshape our movement, both conceptually and physically.”

Rabbi Yoffie, over the years, has often provided a liberal counterpoint to the Conference of Presidents of Major American Jewish Organizations, most recently calling on Israel to temporarily halt construction in east Jerusalem.

Yet he has also criticized J Street, the left-leaning lobby and political action committee, for its condemnation of Israel during its war with Hamas in Gaza.

As for his plans after stepping down from his post, he told the board, “While I don’t know about life after death, I do believe in life before death.”

He told The Jewish Week he may want to write a book and pursue other interests in Jewish life.