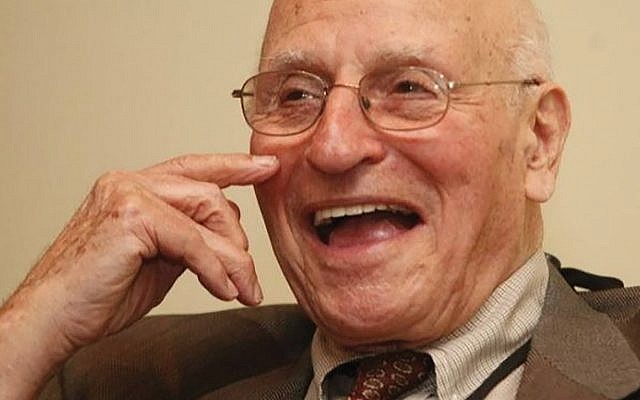 Al Vorspan: Was jailed during civil rights protests of the ’60s. URG/Twitter

Social justice is so associated with Reform Judaism that it is sometimes hard for some to remember, or for young people to even know, how much Al Vorspan was its architect, its prophetic voice. He passed away this week, at age 95, remembered as an early organizer of the Religious Action Center of Reform Judaism, and a former senior vice president of the Union for Reform Judaism.

Rabbi David Saperstein, director emeritus of RAC, called Vorspan “one of the gadolei hador, or ‘great ones’ of Jewish social justice work. A true icon, Vorspan shaped much of social justice work of the Reform Jewish Movement, ensuring it lives at the very heart of Reform Judaism.” Beginning in 1953, Vorspan helped inspire the creation of social action committees in congregations across the continent.

A few years ago, Vorspan told us how he started going down South for Civil Rights from the time of the Montgomery bus boycott (1955-56). The Southern Jewish community “that now hails us … back then wanted us to get the hell out of town. They were scared.” They had reason. In 1964, three men, two Jews and an African American, working to facilitate voter registration were murdered in Mississippi.

That summer, Vorspan and other Reform rabbis flew down to join Rev. Martin Luther King. In a black church in St. Augustine, Fla., Rev. King introduced the rabbis, “Here come Moses’ people,” and with the cheers in their ears they went out to march through a crowd that, reported one newspaper, had “broken bottles in their hands. Others had bricks. Red-faced and spitting, they screamed obscenities and racial slurs.” Vorspan told The Jewish Week, “I fought in World War II, fought in a lot of battles, but the scariest thing I ever saw” were “the mobs in St. Augustine.”

Vorspan later wrote, “We came as Jews” who knew that “second only to silence, the greatest danger to man is loss of faith in man’s capacity to act.”

URJ President Rabbi Rick Jacobs said, “Al blazed a trail of courage and conscience that so many of us have walked. Not since the biblical prophets Amos, Hosea, and Micah walked the earth have we been led by such an inspiring leader.”