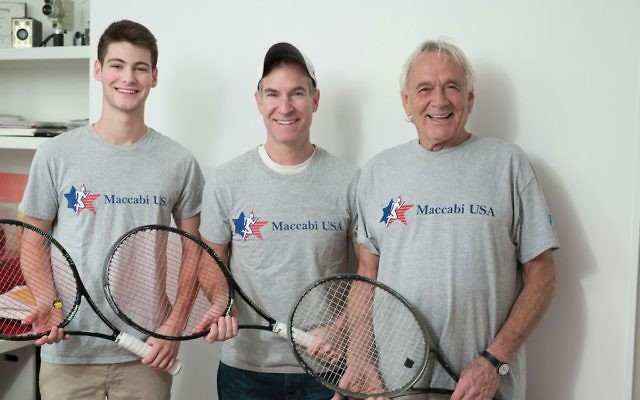 Before the 20th Maccabiah Games, the so-called Jewish Olympics, begin next week in Israel, the U.S. squad has already set two records: it is sending the most athletes ever (more than 1,100) and those sprinters and swimmers and squash players are competing in the most sports ever (40). Even curling has a U.S. competitor at the Games, a two-week event whose opening ceremonies are July 6 at Teddy Stadium in Jerusalem.

The 1,120-athlete delegation, said Jed Margolis, the executive director since 2002 of Maccabi USA, which sponsors the U.S. team, is the largest representing this country in an international athletic competition, surpassing the number sent to past Summer Olympics.

Some 10,000 competitors from 85 countries — including, for the first time, men and women from South Korea, the Philippines, Cambodia, Singapore, Malta, the Cayman Islands, the Bahamas, Trinidad, Haiti and Morocco — will take part in 43 sports. (Competition begins July 4.)

All are record Maccabiah numbers. 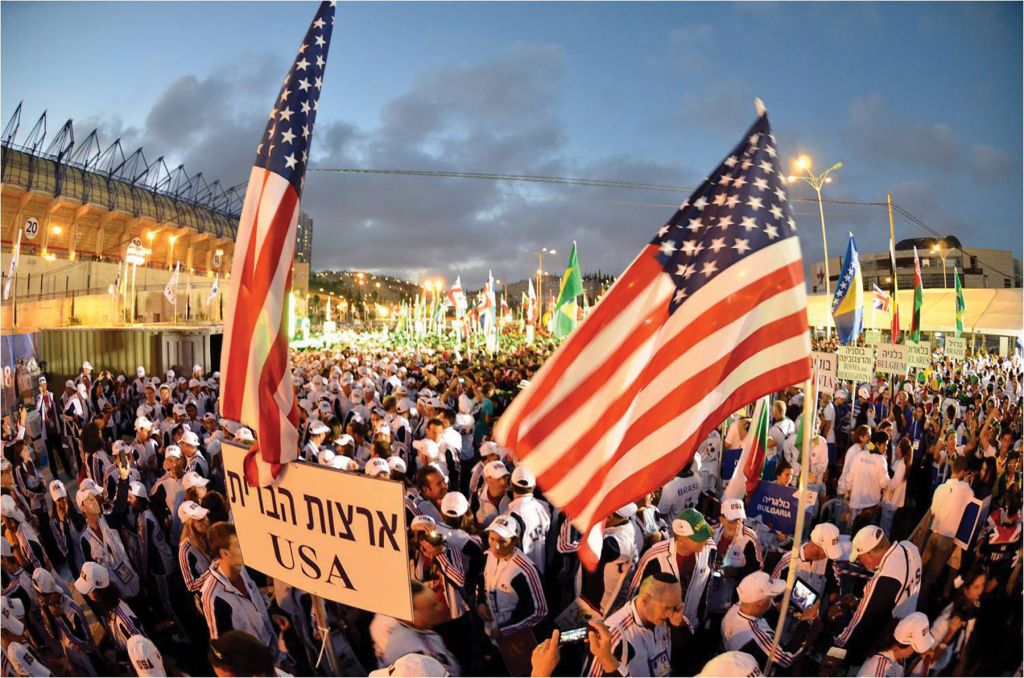 The opening ceremony of the 19th Maccabiah Games in 2013, at Ramat Gan Stadium. Via Maccabiausa.com

The Games, which were first played in 1932 as the Nazi storm was gathering in Germany, will feature, for the first time, an International Maccabi Culinary Competition co-chaired by superchef Michael Solomonov.

The growing number of competitors — most of whom have to raise an average of $800 to pay for their travel and other expenses — reflects a growing interest among Jewish athletes from teens to seniors, said Margolis, who played on the U.S. basketball team at the 1973 Games. “We’re providing a life-changing experience,” which includes extensive tours, as well as cultural, educational and social programs. All Maccabi USA athletes on the juniors and youth teams this year will take part a in seven-day Israel Connect orientation program.

The Maccabiah movement also offers a “Missions Package” for athletes’ relatives and friends.

Another sign of increased recognition for the Maccabiah Games: They are increasingly attracting coaches with professional or high-level collegiate background, especially in basketball and hockey, from the U.S. and Canada. Among coaches on this year’s Maccabi USA team are Doug Gottlieb (a Fox Sports basketball analyst who played collegiate ball at Notre Dame and Oklahoma State, and professionally in Israel, Russia and France) and Billy Jaffe (a hockey analyst for the NESN cable network who played for the University of Michigan).

In past years, the Maccabiah coaching ranks have included Dolph Schayes, Herb Brown and Bruce Pearl in basketball, and Mike Keenan and Guy Carbonneau in hockey. In the early Maccabiah years, men and women who had played collegiate sports or served on the staffs of local Jewish community centers typically coached the teams.

“We try to get the highest-level coaches who understand the significance of Israel,” Margolis said.

During a family trip to Israel last summer, Jonah Jurick, then a rising junior at Bronx High School of Science and an avid tennis player, qualified for the country’s international Under 16 tennis tournament.

He won the competition.

Friends told the teen’s father, Michael, a veteran tennis player who had introduced his son to the sport, that Jonah should enter the 2017 Maccabiah Games. So he tried out for this year’s U.S. squad, qualifying for the Maccabiah juniors competition.

Michael then decided he would try to find a place on the U.S. team’s master squad this year. He made it. And he talked his father-in-law, Avram Woidislawsky, a real estate developer who lives in Philadelphia, also a devoted tennis player, to seek a spot on the grand-masters team. “It was a natural thing,” said Woidislawsky, now 77, trained rigorously and made the U.S. team.

When the three men march together in the Games’ opening ceremonies, they will represent the first members of a single family from three generations to compete for the same country in the same Maccabiah year, said Michael, 49, an event photographer. “It’s a sense of pride.”

“Tennis is an individual sport,” Jonah said. “A team component” — teaming with his father and grandfather — “makes it even better.”

The Jurick family, which lives on the Upper East Side and belongs to Congregation Shaaray Tefila, has many relatives in Israel and visits the Jewish state regularly. Several members of the extended family from the States will make the trip to watch father-and-son-and-grandfather take the court.

The three players are very competitive against each other, they said.

“I remember waiting for the day that my grandson would beat me in a game of tennis,” said Woidislawsky, who was captain of the Philadelphia USTA 40 and Over Men’s Team for many years. “When Jonah turned 11, the magic happened. At the same time, my son-in-law, Michael, was crushing me on the court.”

“Jonah has a Type-A drive,” Michael said. “He would like to play college tennis.”

Now, the three have a short-term goal, he said. “We want to bring back some serious hardware [trophies] from Israel.”

Competing in Maccabiah, ‘History Was Right There’

Acompetitive tennis player since his high school days, Mark Willner was discussing the Maccabiah Games last year with a doubles partner here who has connections to the Maccabiah movement.

Willner, who was a history teacher and administrator at Midwood High School in Brooklyn from 1973 to 2005, and has served as a religious school teacher at Temple Emanu-El on the Upper East Side since 1965, took up his friend’s challenge.

“It was a chance to see Israel … to represent my country,” said Willner, a Bronx native. “I was in shape,” he added, despite having had hip surgery a year ago. He played two or three times a week and worked out with a personal trainer. He made the U.S. squad — in grand masters doubles, for players 75-plus.

Willner, now 76, came back home with a bronze medal. He considered the award so valuable that he wore it around his neck on the return flight to the U.S. (“I didn’t want to lose it.”), and proudly shows it to his Sunday school students as a prized souvenir of Israel.

But winning the medal wasn’t his top memory from the Games, said Willner, an Upper East Side resident who had been to Israel “four or five” times before. The opening ceremony in Jerusalem’s Teddy Stadium was, he said. He was watching, and cheering for, and schmoozing with, Jewish athletes from dozens of countries. “Jewish history was right there. It was overwhelming.”

Willner is the author of two history textbooks, which contain lengthy chapters on the Holocaust, in which he has developed a considerable expertise. He’s a recipient of the State University Regents’ Louis E. Yavner Teaching Award for Distinguished Contributions to Teaching About the Holocaust and Other Violations of Human Rights.

Willner, who said he is the longest-serving staff member of Temple Emanu-El (“I’ve survived several rabbis.”), recently received the Men’s Club’s Samuel Sacks Achievement Award for “service and support of the temple.”

He now teaches sixth grade classes at the temple’s religious school, concentrating on Israeli history and the Holocaust. He recently told the principal that he’s ready to start his “second 52-year cycle” at the religious school, he said. “I like the kids.”

And he has another, longer-range goal — the 2021 Maccabiah Games, if his back problems, which kept him from competing this year, will have disappeared. He plans to stay in shape to make the U.S. squad in four years, he said. “I might try again.”