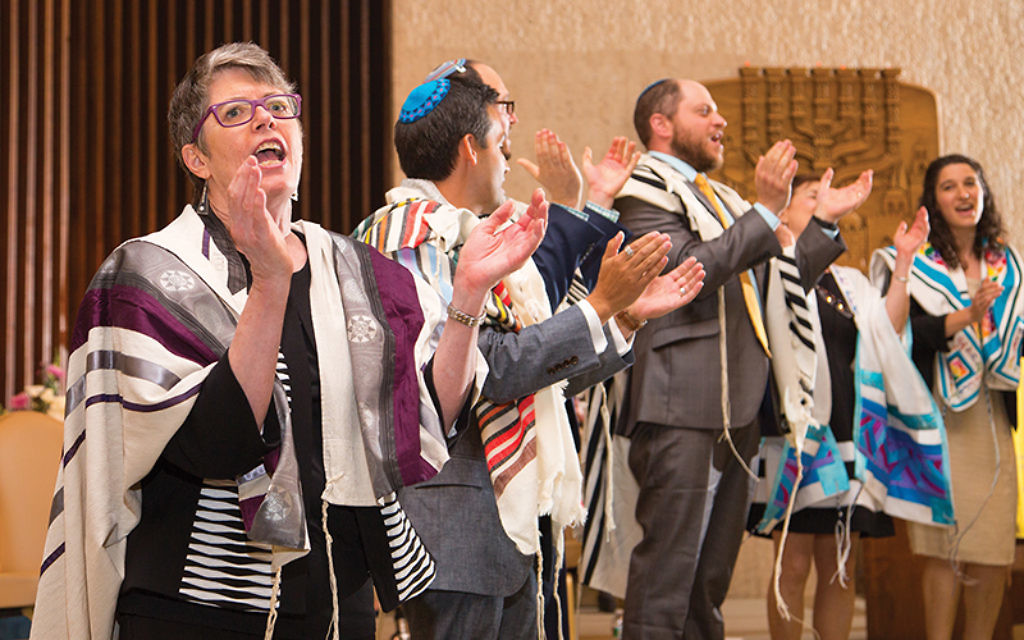 The Reconstructionist Rabbinical College has decided to admit and ordain rabbinical students involved in interfaith relationships.

The much-anticipated policy change by the seminary’s faculty came the day before Yom Kippur, making the Reconstructionist movement the first stream of Judaism to officially sanction clergy involved in relationships with a non-Jewish partner.

Rabbi Deborah Waxman, president of RRC, said in a statement issued Wednesday that the announcement revoking its “Non-Jewish Partner” policy is “a decision by our faculty about what should or should not hold someone back from becoming a rabbi. Our deliberations, heavily influenced through consultation with alumni, congregations and students, have simultaneously led us to reaffirm that all rabbinical candidates must model commitment to Judaism in their communal, personal, and family lives. We witness Jews with non-Jewish partners demonstrating these commitments every day in many Jewish communities.”

The Reform movement considered a similar move in 2014 but after an extensive exploration of the issue, decided not to change its policy barring the admission and ordination of students involved in interfaith relationships.

Rabbi Aaron Panken, president of the Reform movement’s Hebrew Union College — Jewish Institute of Religion in June 2014, said there was extensive opposition to changing the policy, particularly among the HUC faculty and current Reform rabbis who argued that rabbinic leadership should be held to a different standard than the rest of the community, even in the Reform movement, which in many ways has led the way in outreach to interfaith families.

But in an interview over the summer, he left open the possibility that those views might change over time.

The issue, which was first raised at RRC several years ago, came at a time of growing fiscal and sociological pressures. The seminary’s enrollment and applicant pool has been shrinking — just eight students graduated this year, the same number of this year’s newest class. The low numbers are threatening the school’s financial well-being and possibly even its accreditation. Opening the doors wider, the thinking goes, would bring in more applicants, according to interviews with RRC officials, Reconstructionist rabbis and students.

The faculty first voted to change its policy in December 2013 without the knowledge of the rest of the movement, prompting considerable dissent. Rabbis and congregations argued that such a dramatic change in policy demanded a wider discussion.

RRC officials responded by opening up the process in advance of a second faculty vote, which is required of all policy changes. They sought input from — and dialogue with — the Reconstructionist Rabbinical Association membership and asked their 100-plus congregations to engage their communities in a discussion and present a consensus position.

About 30-plus congregations responded to the call, with the majority of those expressing support for eliminating the policy, only four opposed and several others saying they could not come to a consensus.