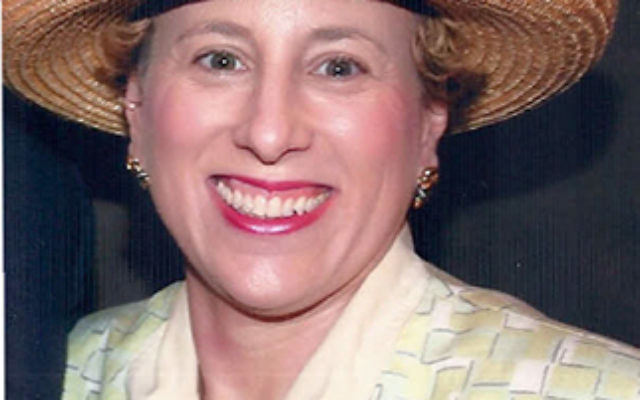 Miketz opens with Joseph, having been forgotten by the wine steward (after interpreting his dream, leading to the steward’s release from prison), suddenly plucked from prison to Pharaoh’s court, called upon to now interpret the ruler’s dreams. And thus begins the second chapter of Joseph’s rags to riches rise in Egypt.

He becomes Pharaoh’s viceroy, is given an Egyptian name, and it appears that the “Hebrew” has now become fully Egyptian with a new wife, a new life and two sons, one of whom he even names “Manasseh … because God has made me forget my hardship and parental home.” He never contacts his family, not even his father Jacob. Ramban criticizes Joseph for failing to contact his father while the Abarbanel seems to excuse it as politically expedient. Whatever Joseph’s motivation, the irony is that by not reopening an old wound, the attempt to distance himself from the pain of his past will catch up with him.

One day, his brothers show up unexpectedly in his court, arriving in a famine-afflicted Canaan to buy food in Egypt. Many years have passed and the 17-year-old lad is now a bearded Egyptian with regal clothing. The brothers don’t recognize him but immediately he recognizes them. That which was repressed bubbles to the surface, including his long-ago dreams that predicted that they would one day bow down to him. The memory of their hatred and jealousy towards him no doubt also comes rushing back, which must lead him to wonder: Do they still hate me? Have they repented their thoughts and their actions? When they were last together they called him in a derogatory fashion, “Oh, here comes the dreamer.” Their jealousy had been so intense that it led them to consider killing him, before selling him, throwing him in a pit where he suffered from thirst and the pit’s reptiles.

What must have been going through Joseph’s mind as he sees them in his court? Will he see them as brothers or tormentors, deserving of his revenge? Resolving family blood feuds are never easy. There is an old Jewish joke in which a spouse complains about the other spouse becoming historical when they fight. A friend says, “Don’t you mean hysterical?” “No, I mean historical, everything I ever did wrong gets drudged up!”

It sometimes seems that the slightest thing can set off a chain of events that leads to relatives never speaking again. In Barry Levinson’s movie, “Avalon,” one of the characters, Gabriel, is habitually late to the annual Thanksgiving meal at his sister’s house. With the entire clan waiting and waiting, his brother-in-law decides to start the meal without them. When Gabriel and his wife arrive an hour late and see that they failed to wait for him, he declaims, “You cut the turkey without me,” and removes himself from the family, never to speak to them or even come to his sister’s funeral. Not a pretty picture.

But here in Miketz, Joseph doesn’t become hysterical but historical — with a twist. As he continues to remain unknown to his brothers, he decides to use the past history to see if it is still current, by putting the brothers in a similar position as they were in many years ago, to see how they will react. Rabbi Samson Raphael Hirsch explains that Joseph opts not to reveal himself right away not only because he hasn’t yet figured out their feelings towards him, but also to test if their feelings toward each other have changed.

As Rabbi Shmuel Goldin explains, if Joseph revealed himself right away, their shared past would haunt them forever. He would still see them as criminals and they would still resent him because his prophecy came true, the guilt and recriminations remaining unresolved. So Joseph designs one elaborate scheme after another, to see if indeed they have changed.

We learn from Rambam that in order to do true repentance, we have to face the same situation again but respond differently. Will the brothers risk their freedom to save Benjamin? Or will they abandon Benjamin as they did to Joseph, thrown into a pit?

Miketz usually falls during Chanukah, perhaps to remind us that miracles (recreating family harmony after hurt and trauma) can happen not only in Biblical times, but in our lives, as well. Joseph becomes known in our tradition as Yosef HaZaddik (Joseph, the Righteous). He desires to bring about shalom not only between himself and his brothers but also between the brothers. He becomes the catalyst to take the tortured history of rupture with his brothers and see to it that it becomes a transformed history of repair.

That is a model for all of us to emulate, whether within our own immediate families, or the Jewish family of Am Yisrael at-large.