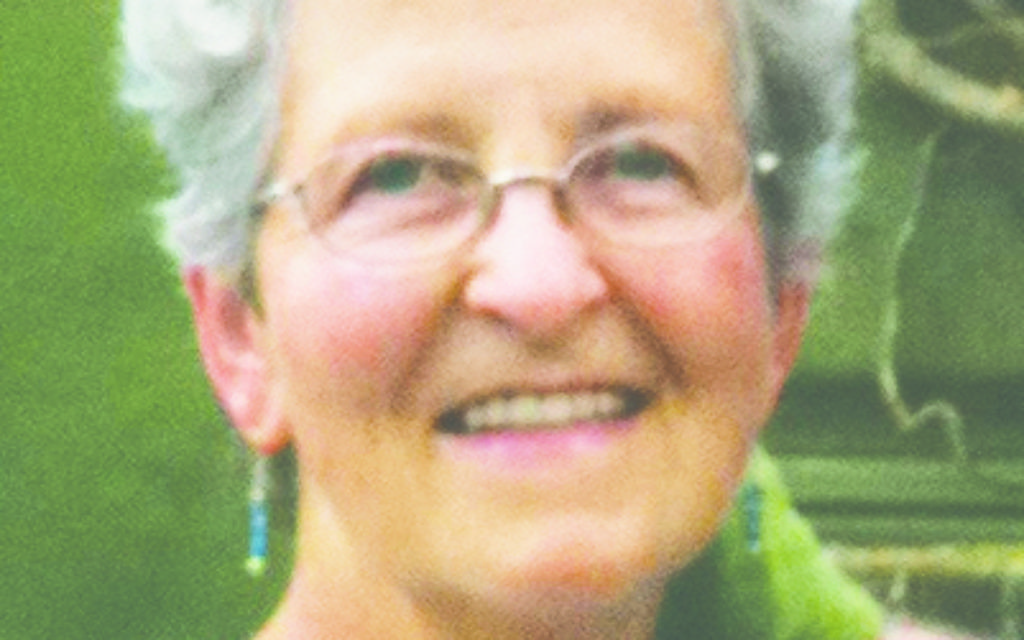 A self-described introvert, Arline Epstein has never thought of herself as an activist, but more like someone who tries to do the right thing. And that’s just what she thought she was doing 24 years ago when she put her 10-year-old son Mike in therapy after police and other parents convinced her — over Mike’s initial insistence to the contrary — that he had been molested by a popular retired schoolteacher named Arnold Friedman and his son Jesse during after-school computer classes in their Great Neck home.

The local therapists working closely with parents and law enforcement at the time argued, Arline recalls, that denials of abuse like Mike’s — particularly in the face of a detailed confession by Arnold and, later, Jesse and another defendant, Ross Goldstein — were caused by shame and/or an inability to remember the traumatic events. Healing, they believed, could come only through the children “opening up” about what had happened to them.

The only problem was that Mike was, in fact, never abused, though he did at some point decide to tell his therapist, Dr. David Pelcovitz, that he had been, hoping that such a disclosure would put an end to the unpleasant therapy sessions and get him back to his normal childhood life. It worked.

Though a number of other children agreed to press charges against the Friedmans, Mike never did, and the whole episode became a part of his past — until recently, when he decided to tell first the Nassau County district attorney and then his parents about his childhood lie.

And now, once again, Arline Epstein is trying to do the right thing.

Like her son, she is planning to speak with Nassau County District Attorney Kathleen Rice’s office and share with it copies of copious and detailed notes — a lifelong habit she attributes to a bad memory — she took as the case was unfolding and which contain information that seems to shed important new light on the actions and mindset of the police, therapists and parents at the time. And she is also reaching out to a number of parents of other alleged Friedman victims from whom she once sought solace and support, but whom she now believes should also know what she has learned.

“This stunning revelation has caused a complete change in how I regard these events that unfolded in Great Neck 25 years ago,” Arline told The Jewish Week. “It seems extremely likely to me that a horrible injustice has been done. This must not be ignored, even if re-examining and confronting what really happened is difficult or painful.”

Arline said she recently mailed letters to seven mothers whose boys were allegedly abused urging them to consider the possibility that the Friedmans were, in fact, innocent.

“I cannot know how other parents will respond. I can only hope that we will all keep trying to get at the truth.”

In August 2010, Rice announced that her office would launch a review of Jesse Friedman’s 1988 conviction resulting from his guilty plea (Jesse was released from prison in 2001 after serving 13 years of an 18-year sentence). Jesse, now 43, has long maintained his innocence despite the plea and the fact that he reiterated his guilt on Geraldo Rivera’s talk show immediately following his conviction. He has claimed that the circumstances of his family life — his father was an admitted pedophile under investigation for sending child pornography in the mail — as well as the climate in the community and statements by the judge at the time made him feel he had no choice but to take the deal or face spending the rest of his life in jail.

In January of 2004, Jesse filed a motion in Nassau County court to overturn his conviction on the basis that the prosecution failed to turn over potentially exculpatory material to the defense. The district attorney opposed the motion, a decision that Jesse appealed all the way up to the Second Circuit. While the court denied as a matter of law Friedman’s bid to withdraw his guilty plea, it nonetheless urged the prosecution, in what has been hailed as an extraordinary decision, to re-examine the conviction, which it suggested had a “reasonable likelihood” of being wrongful. Rice heeded the court’s strong suggestion and began a review of the case, bringing in an outside panel, including the Innocence Project’s Barry Scheck, to oversee her office’s work.

While Rice’s office has no power to compel testimony, it claims it has sent out letters requesting information to everyone connected with the case. Mike Epstein received one of those letters in 2011 and contacted the office, speaking twice, he claims, by phone with Assistant District Attorney Madeline Singas about his experience and the fact that he lied about being abused. Although he says he has not heard from Singas or anyone in her office since, Mike did receive a call over the summer from private investigator Jay Salpeter, who is working on behalf of Jesse’s defense team, which includes filmmakers Andrew Jarecki and Marc Smerling; their controversial, award-winning 2003 film, “Capturing the Friedmans,” illuminated many troubling aspects of the Friedman investigation, including the complete lack of physical evidence of alleged violent sodomy and what many have characterized as highly suggestive questioning by arguably overzealous police.

Salpeter met with Mike, who repeated what he had told Singas. Not long after that, Mike decided to tell his mother the truth as well. (Mike has also made e-mail contact with Pelcovitz, and the two have plans to talk. Pelcovitz declined to comment for this story out of a concern for compromising therapeutic relationships.)

In an e-mail sent to his parents in late September when they were traveling in China, which he shared with The Jewish Week, Mike explained why he had lied about being abused.

“I was not happy to be seeing Dr. Pelcovitz for what seemed like an eternity, and to be talking it over with Mom endlessly, and it was clear that everyone believed very strongly that I (and others) must have been abused. So at some point I resolved to start lying and saying that I had been abused; and, just as I expected, that allowed us to pretty much put this behind us, and I was able to stop seeing Dr. Pelcovitz and stop rehashing the Friedman case over and over. I very consciously declined to testify, because I knew I was lying. It seemed like the only out. I’m sorry I lied, but I didn’t think I had any other practical choice.”

Mike went on to explain that he had spoken with Rice’s office, as well as Smerling and Jarecki, and, based on his own experience and what the filmmakers had learned, had concluded that “Great Neck was caught up in what, in retrospect, looks like a witch hunt.”

“No abuse ever happened at the Friedmans’ that I was aware of,” Mike wrote. “All that happened was learning about computers. I was not abused, and I never witnessed any abuse of other kids,” adding that “Arnold was a kind, avuncular teacher, and Jesse was a goofy kid.”

When Arline read Mike’s e-mail, she was stunned.

“Wow. This is huge,” she began her e-mail reply.

“I was convinced that you and many others had been abused,” she continued, adding that “[i]ronically, for the past 25 years one of the greatest regrets of my life was that I didn’t somehow protect you from the Friedmans. So I guess I’d have to say this comes as a relief. Still, I did not protect you from the craziness around what didn’t happen.”

In trying to better understand that “craziness,” Arline unearthed a cache of notes she had taken at the time and kept all these years because “it was part of our history as a family.”

In light of Mike’s revelation, however, she began to see what was scribbled on those pages in a very different light.

For example, a detective’s statement to parents that during the first weeks of the investigation they had found that “no child out of 30-plus interviewed had been sodomized, and most said nothing happened” now raised a red flag, suggesting to Arline that other children may have had similar experiences to Mike’s; after all, with so many kids initially denying having experienced or witnessed what were alleged to be public acts of violent sodomy, it suddenly seemed possible to Arline that the 14 children who did ultimately testify might have felt pressure to falsely disclose as well.

Her notes also indicate that one of the complaining witnesses — a 9-year-old boy—was interviewed for 5 hours before he produced a 10-page statement to police and that another mother was told by the detective who came to question her son that he had just been with another kid for seven hours and he wouldn’t open up; the boy finally told the police that he had dreamed about some incidents, which the police interpreted as evidence of abuse.

As for why many of the kids in the case reportedly had no symptoms of abuse, Arline had written an explanation offered at a January 1988 PTA meeting by a well-regarded clinical professor of psychiatry at Columbia, Dr. Arthur Green. According to the notes, Green told parents that the denial phase is a “natural way of adapting” which serves a purpose now but is “not a good adaptive defense in the long run.”

“Kids need to re-experience [the trauma], as painful as it is,” Green had counseled parents, stressing that it is “more devastating to not talk about it, but to talk now in a controlled therapeutic session.” Green also noted that “testifying [to the Grand Jury] is a very positive experience” for the child victims. "It can change a passively experienced horrifying event into something active and positive" — advice that many experts agree with, when someone is in fact a victim.

All of this information has been of great interest to Jesse’s defenders, who have long argued that the district attorney at the time failed to turn over potentially exculpatory evidence — like the information that so many kids denied being abused — to the defense. It also comports with what Smerling and Jarecki have learned in their extensive work on the case about the manner in which children were questioned by police and treated by (no doubt well-meaning) therapists who believed abuse had occurred.

In fact, Arline and Mike have both allowed themselves to be interviewed for what the filmmakers are calling a “new evidence reel,” which will be presented on Nov. 18 at 4 p.m. at The Inn at Great Neck.

Lending support for Jesse by appearing in the reel and sharing her information with law enforcement and other parents is important to Arline, who recently invited Jesse and his wife Lisabeth to her house.

“We spent something like six hours talking, as we probed the past and present of Jesse’s case. I liked and trusted Jesse and Lisabeth, and it felt energizing to be with these honest, forthright and intelligent people. The meeting left me determined to do what I can to help.”