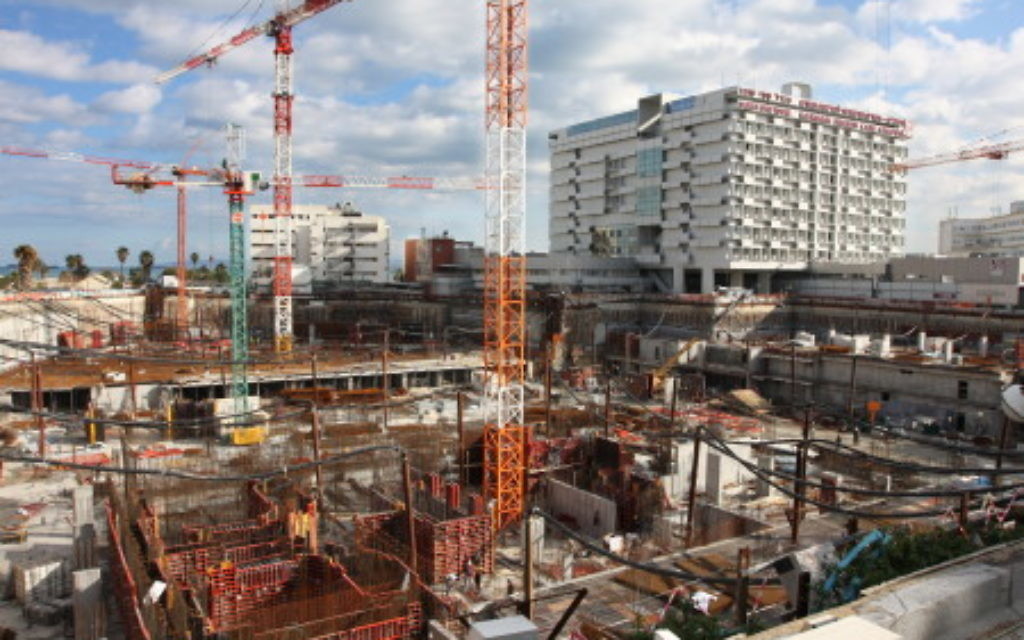 The Rambam Health Care Campus is the largest hospital in northern Israel with 36 departments, 1,000 beds, nine institutes and six laboratories. But there’s more to the 73-year-old institution, founded by the British, than what’s on the surface.

In October the hospital, located just outside Haifa, began construction on a massive underground emergency room, the first in Israel and, according to Rambam officials, the largest in the world, with a three-level parking garage that can be quickly converted into a 2,000-bed hospital. In the event of a large-scale emergency, such as a chemical or biological attack, the sealed subterranean ER will have enough water, oxygen power and supplies to sustain itself for three days. The center is to be completed by the end of 2012.

The center reflects the growing concern in Israel not only of an attack from a hostile government, such as Iran, but also of a potential renewed conflict with Hezbollah forces, who rained destruction down on northern Israel in the summer of 2006, and is believed to have been busy re-arming since.

“You can’t predict what will happen in terms of the Middle East and Rambam is in the center of those who could be under attack,” said the hospital’s CEO and director general, Dr. Rafael Beyar. “There are small underground facilities but nothing of this magnitude. This is a regional solution.”

Israel’s Ministry of Health is evaluating plans for catastrophic incidents to suit each of the country’s medical facilities. "For each hospital we choose a specific plan that suits the needs of the building and to the working methods of the hospital," said ministry spokeswman Einat Shimron-Greenboim in an e-mail. "In existing hospitals that have no future constriction plans we turn to big areas that normally would not be used for such matters, such as parking lots and basements to be an ER in times of emergency. Those areas can give a proper treatment in times of physical, chemical and biological emergency."

The $80 million price tag for Rambam’s project will be shared by the government and private donors, including a $17 million gift from shipping tycoon Sammy Ofer, who has also donated an additional $8 million to modernize existing departments at the hospital.

In an interview from Israel, Beyar notes that the hospital’s location has made it a nerve center for trauma cases in the region, from standard accidents and the Hezbollah shelling aftermath to the recent deadly Carmel forest fires. During that emergency the hospital set up a mass casualty trauma center expecting an influx, but in the end saw only four patients as most of the casualties, from a bus carrying volunteers that was engulfed, died at the scene.

But even as it gears up for a doomsday scenario, the hospital is also doing its part for a better future.

Rambam is a major academic center for new doctors, with the affiliated Technion Institite’s medical school on the campus. “It’s very high-tech oriented, and much goes on in research on stem cells, biomedical technology,” said Beyar.

And the center also treats a large number of Arab patients from outside Israel. “We get quite a lot of humanitarian cases, such as cancer surgery and bone marrow transplants,” said Beyar. “We have had patients from almost all our neighboring countries. Just today I visited a prominent person from one of the emirates who was here for cardiac surgery.”

He adds that 20 percent of the staff at Rambam are local Arabs. “There is great harmony at the hospital, [with staff] working to save lives.”

In addition to the emergency center, Rambam is building above ground, too, with a children’s hospital, cardiovascular and cancer centers and a research tower for biomedical technology under way. The children’s hospital is sponsored by a $20 million gift from the Rappaport family of Geneva, and the oncology center by the Fishman family of Toronto.

“We are focusing on our research on cancer, diabetes, cardiovascular and other medicine, not only on trauma, although that is, unfortunately, always part of our lives,” said Beyar.