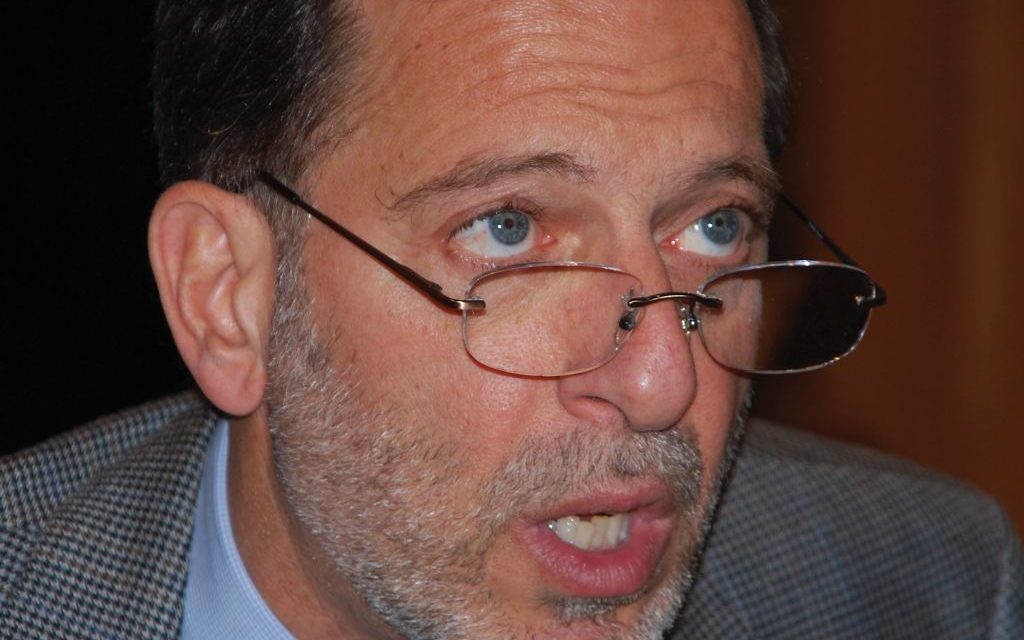 The decision by a prominent Manhattan day school to rescind a speaking invitation offered to an Arab-American critic of Israel, and some students’ online effort to overturn the administration’s cancellation decision, is the latest sign of many young American Jews’ desire for what they consider a more-balanced education about Israel.

Rashid Khalidi, professor of Modern Arab Studies at Columbia University, was invited to speak last week at Ramaz, a flagship Modern Orthodox day school on the Upper East Side, by the school Ramaz Politics Society, which was formed two years ago. Paul Shaviv, the head of school who had been out of town when Khalidi’s speech was announced, cancelled the academic’s appearance, traveling to Khalidi’s office to explain his decision in person.

Khalidi’s reputation as an outspoken defender of the Palestinian cause would cause a controversy that would “massively overshadow any conversation” about Israeli-Palestinian relations “and make an educational experience impossible,” Shaviv wrote in a message to Ramaz parents and faculty members. “Professor Khalidi, who is an international personality of great political stature, was not the right partner for ‘dialogue’ with high school students.”

In response, the Politics Society (known at Ramaz as RamPo), initiated a petition drive on the Internet that urges Shaviv to “reverse his prohibition.” Several hundred people had signed the petition by early this week, but there was no way to determine how many have a connection to Ramaz.

The controversy over Khalidi’s speech, and the Politics Society’s invitation, are a reflection of the school’s balanced approach to education about Israel and of many Jewish students’ desire for a nuanced presentation about the Jewish state, observers say.

According to a 2011 study by Hebrew University’s Melton Centre for Jewish Education, a growing number of day school students reject what they view as one-sided, pro-Israel “propaganda” they learn in the classroom, and seek out other perspectives.

The invitation to Khalidi appears to be a case in point.

“We are a school of diverse views and diverse opinions,” encouraging students to study subjects — including the Middle East situation — from many perspectives, Shaviv told The Jewish Week in an interview. But, he added, Khalidi, “a controversial, highly partisan character,” would not present “the right balance for dealing with high school students.”

Matthew Hiltzik, a Ramaz alumnus and father of three current students at the school, said he supports both the students’ initial invitation to Khalidi and the administration’s cancellation of the invitation.

“Clearly, the students felt comfortable seeking out other points of view” about Israel, said Hiltzik, who is a public relations professional and member of The Jewish Week’s board of directors. “I think it’s great that the kids did it. The school … unequivocally a pro-Zionist school … did not say no to having other points of view expressed; it simply raised reservations about this particular person.”

Hiltzik said most fellow alumni and Ramaz parents with whom he has been in contact agree that Shaviv made the right decision. “Most feel it was not appropriate to have Mr. Khalidi participate.”

Shaviv said he has received some 200 email messages on this topic from parents of Ramaz students, “overwhelmingly supportive” of his decision.

The decision by Ramaz to disinvite Khalidi comes as debate over Israel continues to roil the Jewish community. Some congregants at popular mega-synagogue B’nai Jeshurun on the Upper West Side have expressed anger in recent weeks about two of their spiritual leaders signing on to a letter criticizing Mayor Bill de Blasio for statements he made that were seen as favorable to AIPAC, the pro-Israel lobby in Washington. (See story on page 1.) And on the college front, the Vassar Jewish Union last week became the second school to declare itself an “Open Hillel,” stating that it is rejecting Hillel International’s guidelines banning partnerships with groups that support the BDS (boycott, divestment and sanctions movement) against Israel. (See story on page 9.) Swarthmore made a similar break with Hillel late last year.

Khalidi, born in New York to a Saudi father and a Lebanese-American mother, is a respected scholar and frequent guest on television and radio shows, where he criticizes the Israeli “occupation” and supports Palestinians’ armed resistance.

During Barack Obama’s first campaign for the presidency, Khalidi’s close ties with the then-senator were often cited as evidence of the candidate’s anti-Israel leanings.

Khalidi, in an email message to The Jewish Week, declined to comment on his cancelled speech at Ramaz. The student leaders of RamPo also declined to be interviewed indivisually.

Khalidi is “certainly not the ‘anti-Semite’ some people made him out to be,” said Rabbi Andy Bachman, spiritual leader of Congregation Beth Elohim in Brooklyn, where Khalidi spoke in 2009.

“We invited [Khalidi] after we felt he was unfairly maligned during the 2008 presidential election,” Rabbi Bachman said. Khalidi, in his remarks at the synagogue, “was measured, informative and gracious,” the rabbi said. “He was critical of Israel and understood the Israeli-Palestinian conflict from a ‘pro-Palestinian’ perspective, as I understand the conflict from a ‘pro-Israel’ perspective.

“It was our goal to model that from a synagogue pulpit, a community could have a civil and respectful dialogue about Israel,” Rabbi Bachman said. “As a lover of Israel, I think the very act of not talking to those with whom we disagree causes more harm than good.”

“The Ramaz Politics Society will continue to stay committed to encouraging open dialogue in our community,” an email message from the presidents of the organization states. “While we disagree with the Head of School’s decision on this matter, we look forward to working together with the Ramaz administration to expose students to outside perspectives.”

RamPo and the school’s administration are planning a future program that will present alternative perspectives on the Middle East situation. “The partner in dialogue,” Shaviv said, “will be more balanced.”