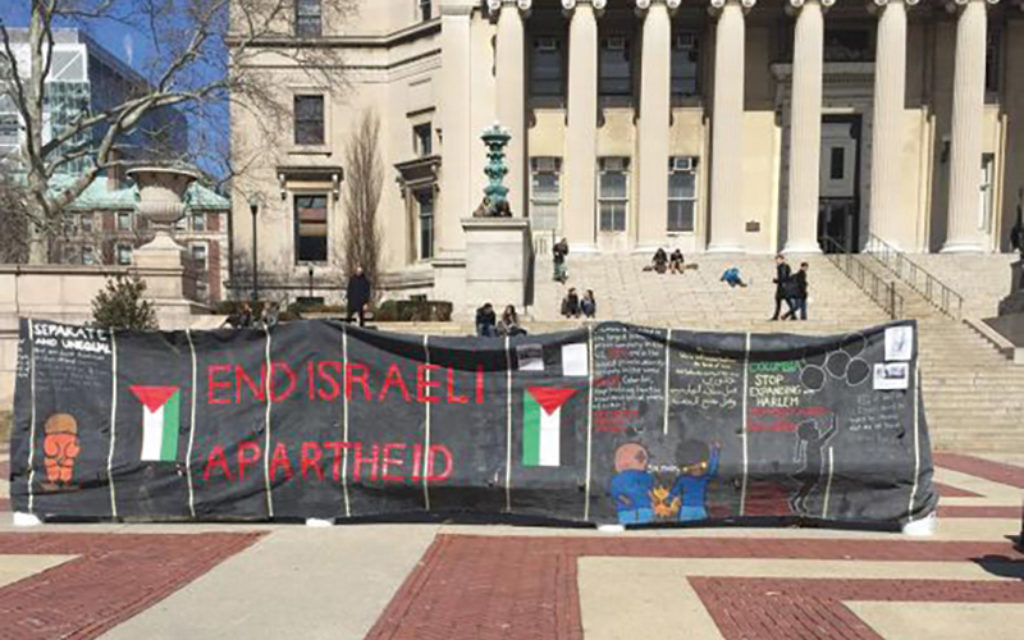 For nearly three years, a Long Island rabbi has received calls from parents of college students asking what they could do about the BDS movement on their child’s campuses.

That, and reports of increased anti-Semitism on college campuses, led the rabbi, Ronald Brown, spiritual leader of the Temple Beth Am of Merrick and Bellmore, to come up with a project — not a direct response to anti-Israel activism and anti-Semitism but a way to give the students, many of them spiritually adrift after their bar and bat mitzvahs, a stable home base and perhaps a rabbinic ear to bend or shoulder to lean on.

Rabbi Brown is calling the project Synagogue Connect — in which synagogues across the country open their doors to any college-age student on the High Holy Days and throughout the year.

In addition, he said he hopes that the synagogue rabbis will bond with college students seeking connection, acting as “a mentor or guide or teacher.”

“I think Hillel is phenomenal, and if students go to Hillel on the holidays that is wonderful,” Rabbi Brown said. “But what about those kids who are going home or elsewhere? I’m looking to fill that vacuum.”

To test his proposal, Rabbi Brown said he “wrote to all of the college kids whose families had dropped out of our congregation after the family’s last bar/bat mitzvah. I told them that we have opened the synagogue doors to them for the High Holy Days and that they don’t have to pay — just come. The response was overwhelmingly positive.”

Not only were the students receptive, but Rabbi Brown said also that he “heard from parents — and the word on the street was that this was very appreciated.”

He then told a colleague, Rabbi Charles Klein, the Conservative rabbi of the Merrick Jewish Centre, who also endorsed the idea, as did Rabbi Mitchell Wohlberg, an Orthodox rabbi in Baltimore.

In a letter Rabbis Brown and Klein sent to fellow rabbis nationwide, they wrote: “There are few who believe that this [rise in anti-Semitism] is just a passing phenomenon. Many in the Jewish community send their children to college with the expectation that the experience will broaden their horizons, when in fact, it may diminish their self-image, making them feel vulnerable and setting them apart from others.

“There is much that is being done on campuses for these students. But we, in the synagogue community, have a role to play as well.”

Since the letter went out, rabbis at 200 other synagogues nationwide have also embraced the program. Rabbi Brown is hoping to have 500 synagogues on board by the High Holy Days.

“This is a very serious time in Jewish life, and we can’t afford to allow these college students to believe that they have no place to turn — that they are cut off from synagogue life — because of a decision their parents may have made years ago,” he added.

Rabbi Brown said he hopes this project will encourage college students to “find a synagogue that appeals to them and speaks to their interests — and that they find a rabbi they can relate to.”

The international Jewish fraternity Alpha Epsilon Pi, which has chapters on more than 180 campuses, has endorsed the project. In a letter, its executive director, Andrew Borans, wrote that the project “is an important step in connecting Jewish students to their Jewish roots and strengthening their Jewish identity and Jewish pride.”

Rabbi Klein said the project is now approaching Hillel and Birthright to seek their support as well.