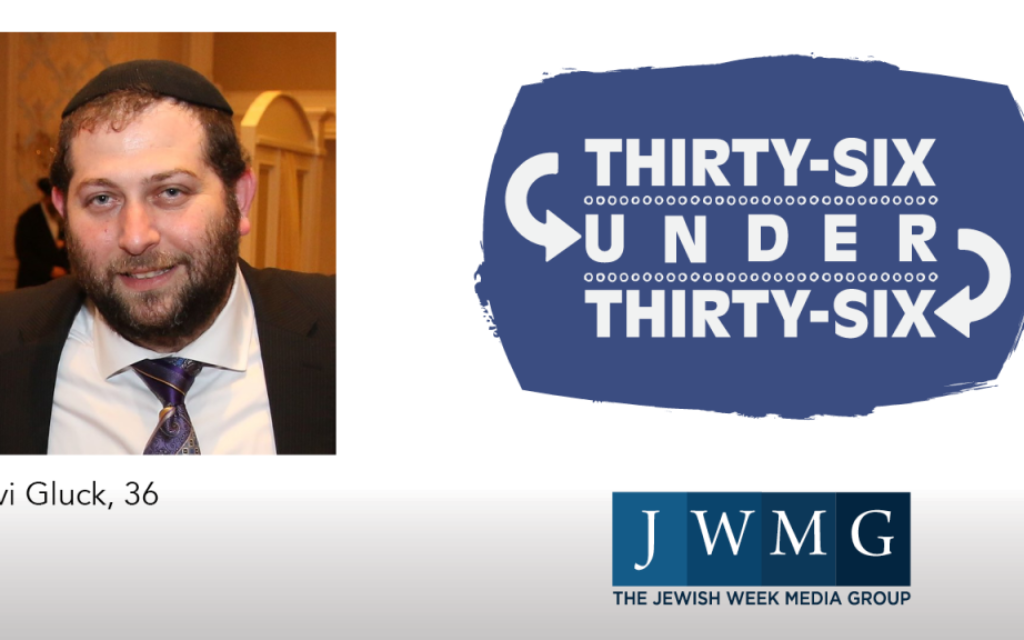 When Zvi Gluck was a teenager, he lost two friends — one died in a car accident while driving high, the other committed suicide.

The friend who committed suicide mentioned to Gluck shortly before his death that he had been sexually abused as a child.

“At the time, I didn’t realize the full severity of what he was telling me,” said Gluck, who grew up strictly Orthodox in Borough Park. “Death woke me up.”

Today, Gluck is the founder and director of Amudim, a crisis support center for those who have experienced loss, abuse, addiction and other traumatic events. Launched as a 501c3 in June 2014, Amudim today has nine full-time employees and six interns. A team of professionally trained caseworkers field 250 calls a day, many of them new callers, said Gluck. In 2014, the operating budget was $380,000; today, it’s $2.5 million.

“If I were a business, my investors would be thrilled,” quipped Gluck.

Gluck compared helping people to get back on the road to recovery to returning lost pieces of a puzzle.

“Imagine a ‘Starry Night’ painting as a jigsaw puzzle,” he said. “When pieces are missing, you know the painting is beautiful but you can’t see it. We help people replace the pieces of their lives back into the puzzle, one by one.”

Though constantly being on call takes its toll, Gluck shared an anecdote to show what replenishes his strength. Recently, a young Orthodox woman called a week after her wedding. She wanted help getting a divorce. A caseworker spoke with her at length and discovered she had been sexually abused as a child, and now could not consummate her marriage because of lasting trauma.

“We worked with her, we got her husband involved. Everyone started therapy.”

One year later, the woman called back.

“She wanted to let us know that she and her husband are expecting their first child,” he said. He paused. “There’s a reason we do what we do.”

Gluck family dinner: Unfortunately, you’re not invited. Gluck dedicates one a night a week to dining exclusively with his four children and his wife, whom he credits with supporting him through all his work. “She’s how I do it,” he said.