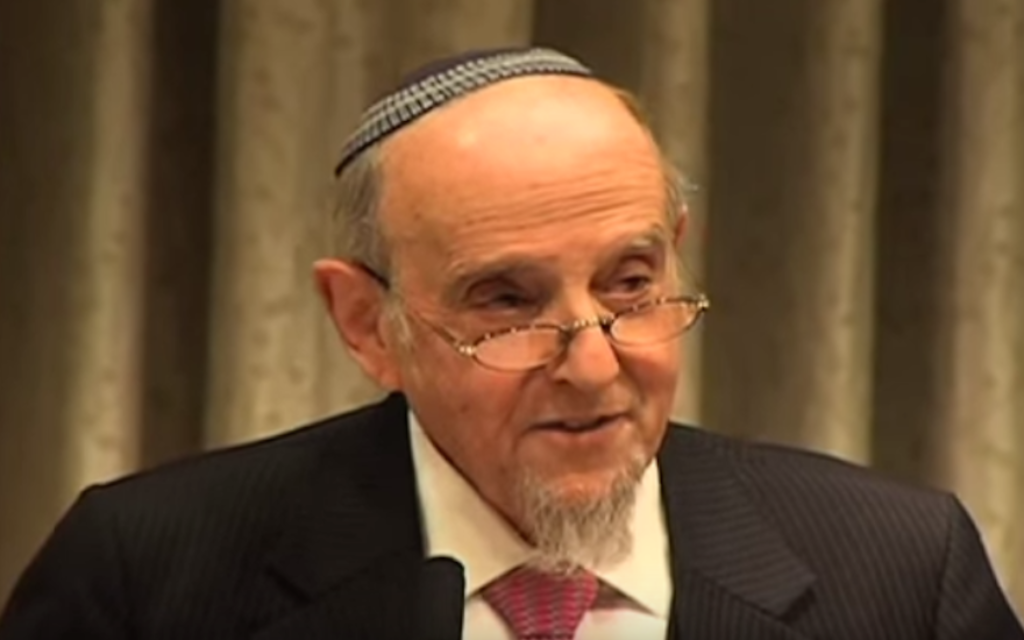 After a firestorm of criticism from former students, congregants and others, Rabbi Haskel Lookstein told The Jewish Week on Friday he decided not to give the opening invocation on Monday afternoon at the Republican National Convention in Cleveland.

“I called Jared [Kushner, son-in-law of Donald Trump] to tell him I have to decline,” he said only a day after news of his agreeing to speak made headlines.

The longtime Modern Orthodox leader said he had accepted “the personal request” from Ivanka Trump “out of respect for her and our relationship,” that he offer a prayer at the convention set to nominate her father as the Republican nominee for president.

He noted that he felt very close to Ivanka Trump, whose conversion to Judaism was under his direction and who, along with her husband is an active member of Congregation Kehilath Jeshurun, the Upper East Side synagogue where the rabbi is now emeritus.

“I saw it as an honor, and I was not planning to endorse a candidate or a party,” the rabbi said Friday morning, adding that he has “never been involved in politics.” The invocation that the rabbi had prepared focused on America’s blessings of freedom and democracy and was apolitical, he said.

He seemed taken aback by the strong criticism he was receiving for his initial acceptance, especially by an angrily worded petition from former students of the Ramaz School, which he led for decades before stepping down last year.

It expressed “outrage” that Rabbi Lookstein would “lend his blessing to Donald Trump” by speaking at the convention. Asserting that Trump spouts racism and “advocates torture,” the graduates wrote that “to embrace Trump and Trumpism goes against all we’ve been taught. … This is a shanda beyond the pale.”

They asserted that “all the good work” the rabbi has done would be undermined by his appearance at the convention. “This is the single action history will remember you by, and history will not be kind.

“Today we are ashamed to be Ramaz graduates,” the students wrote.

Rabbi Lookstein, responding to the petition, said: “I have always tried to unite people throughout my career. Politics divides.”

He said that “unfortunately, when my name appeared on a list of speakers” at the convention, not indicating that he would be offering a prayer, “the whole matter turned from rabbinic to political.”

The rabbi declined to say whether, in hindsight, he was naïve to have thought he could speak at the convention and not appear to be aligned with Trump. Instead, he cited the statement from Rabbi Chanina in the Ethics of the Fathers: “I have learned much from my teachers, more from my colleagues, but the most from my students.”

“In this case,” Rabbi Lookstein said, “I am listening to my students.”