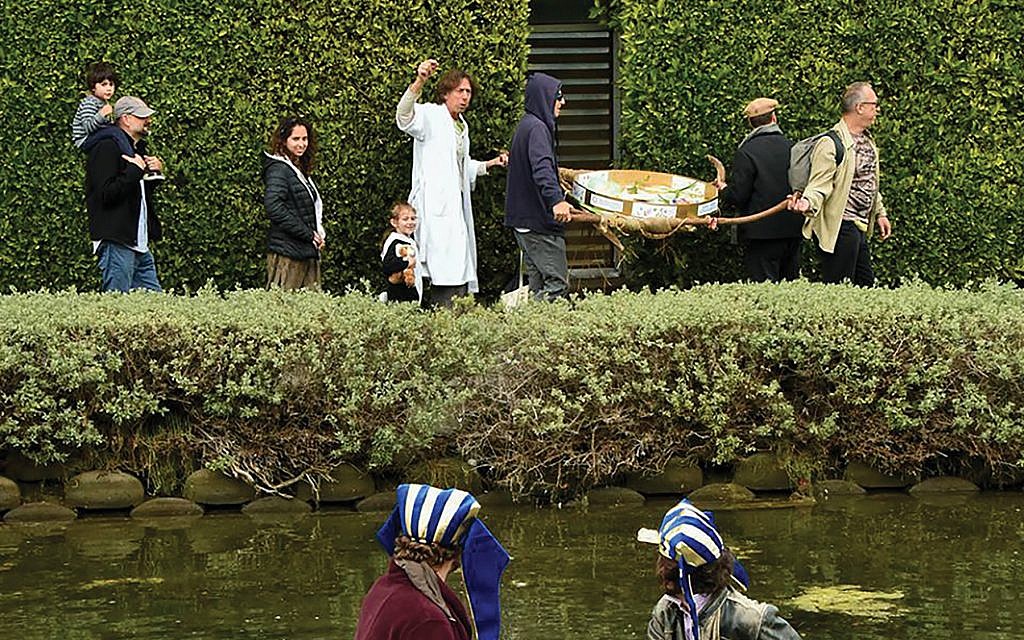 A seder crawl, with participants carrying a giant seder plate, along a canal in Venice, Calif. Courtesy of Open Temple

Editor’s Note: This is the third of three articles on California.

What does it mean to be a Jewish neighborhood? And how do we, as Jewish travelers, experience such places?

I thought about this recently while strolling around L.A.’s beachfront districts. After a week in San Francisco, where the dominant identities are eccentric and techie, the vivid ethnic mix of Los Angeles was a bracing contrast.

No place in San Francisco, certainly, has the distinctly Jewish flavors of Pico-Robertson or Beverly Hills — to name just two of the most concentrated, and culturally diverse, hubs of Angeleno Yiddishkeit.

Yet Jewish life is increasingly palpable in a string of communities along the Pacific Ocean, from Malibu all the way to Long Beach. You encounter it in unexpected, often outdoor places — like the park off Wilshire Boulevard in Santa Monica — where I stumbled on a family Havdalah service, hosted by a PJ Library affiliate. It was a warm spring evening; children twirled in the sandy playground and chased turtles in the ponds between rock gardens.

Any observer of the Southern California landscape will understand the power of geography to shape local culture. On any given weekend, you might encounter Jews hiking through the mountains or through paths along the shore with IKAR, the trailblazing (literally) non-denominational synagogue. Shabbat often brings minyanim to the beach, where crashing waves are the backdrop for age-old Hebrew melodies. 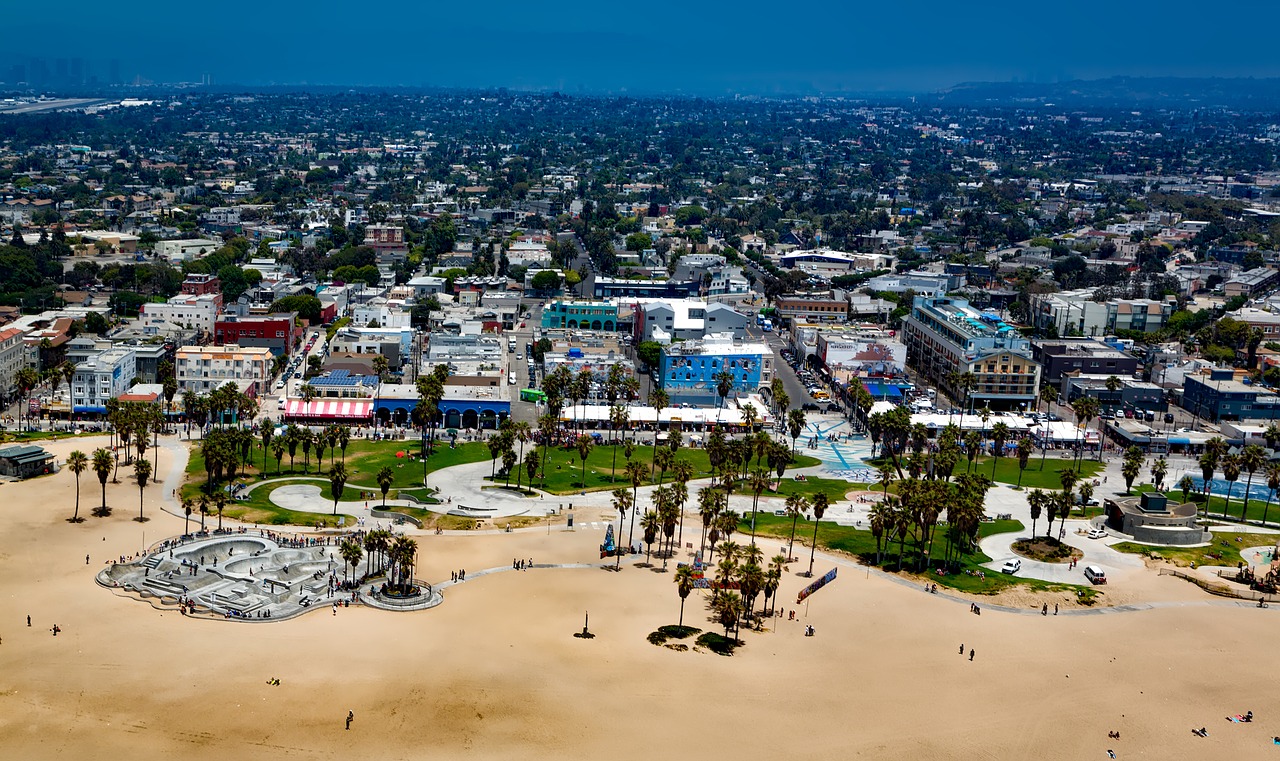 And what’s that psychedelic vehicle parked on Abbot Kinney Boulevard in Venice Beach? It’s the Jew Truck, a flower-power food truck from Open Temple, a newish post-denominational congregation. The Jew Truck has become a fixture amid the tacos and buskers of “First Friday” evenings on Abbot Kinney, Venice’s boutique-and-stroller-lined main drag.

Indeed, in just a half-dozen years, Open Temple has brought a visibly Jewish flavor to Venice — a neighborhood that is fast becoming a hub of progressive, out-of-the-box (and often out-of-the-building) Jewish communities.

Open Temple families parade down the fabled Venice canals at Chanukah, festooning boats in blue and white. They dunk in the Pacific at Rosh HaShanah, waving kites in the wind for tashlich; at Passover, they stroll through Venice in a walkable seder, noting Jewish history and signs of redemption around each muraled corner. I took 5-year-old Zelda to see the iconic “Fiddler on the Roof” murals at the Israel Levin Center, just off the Venice boardwalk.

The jacaranda trees were in riotous purple bloom as we drove through the hilly backstreets of Venice and got lost amid the canals at Marina del Rey. It was just past Nowruz, the Eastern New Year celebrated by Persian Jews, Iraqi Kurds, Azerbaijani transplants … and foodie hangers-on like me, hoping for helpings of plov (spiced, fragrant rice). The holidays have been particularly lovely this spring, with hillsides tinted yellow and orange in a rain-induced super bloom.

But there were shadows amid the Golden State sunshine, I thought as we passed yet another glittering luxury tower rising over the canals. The cost of living — housing, in particular — has lately soared across California, and even to a visitor, its socially disruptive influence is evident. 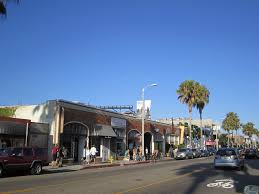 My friend Rachel’s story is typical: Priced out of the prime West Side neighborhoods, she moved to the South Bay to start a family and now lives in Redondo Beach.

While our daughters frolicked in a tidy neighborhood park, Rachel waved her hand at the single-story bungalows and modest condos around its perimeter. “A starter home here is $800,000,” she said. They’re thinking of moving: “I just don’t know how we’re going to make this work long term.”

There are silver linings, of course — new congregations like Temple Shalom of the South Bay, which was founded in the mid-2000s to serve the burgeoning influx of beach-area Jews. The temple holds monthly services (at a local church) around themes like gratitude, social justice and love.

That quirky West Coast spirit persists, despite the pace of change. But Venice, in particular, feels more upscale — and farther from its hippie roots — with every passing year. The gentrification wave has rolled right through the South Bay beach towns of Hermosa, Manhattan and Redondo, where we watched a group do sunset yoga and heard about a Jewish meditation group … that incorporates goats.

For the visitor, the beachfront boom has made these cosmopolitan downtowns more attractive. There are more gelato parlors and sundress shops to explore when you’re done with the beach, and a cleaner, more family-friendly vibe along the pier.

And in another 20 years, will these still feel like Jewish neighborhoods? I’m counting on Zelda to find out.