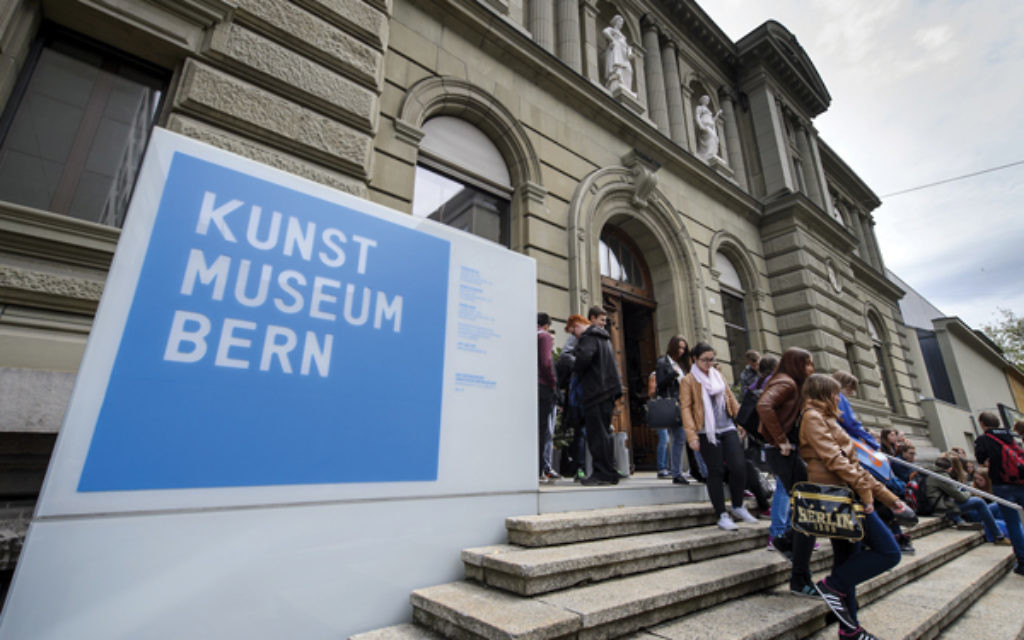 The announcement Monday that a Swiss museum would accept parts of a collection from an art dealer for the Nazis has been decried by some who believe suspected Nazi-looted art should be housed in Israel until their rightful owners are determined.

And an overlooked provision of the agreement calls for the publication of the art dealer’s business records, which could provide a rare glimpse into how Nazis acquired the artwork.

Mel Urbach, one of several restitution lawyers working on behalf of Jews whose family art collections were looted by the Nazis, said he was distressed to learn that part of those records would be withheld from the public.

“He kept a record of all of the transactions dating back to the ’30s and it will give us an historic window into how [the Nazis] acquired those paintings,” Urbach said of the art dealer's son, Cornelius Gurlitt. “It will tell us the policies and strategies used to rob Jews of all their valuables starting in 1933 when Hitler came to power. It will provide a firsthand case study that we can use to uncover the machinery used to destroy these Jewish collections — how they were able to get Jews to sell at a fraction of the price.”

Until now, he said, the taskforce leaders had refused his requests for those records. But the agreement signed by the Republic of Germany, Bavaria and the museum provides for transparency in dealing with Gurlitt’s papers.

“Mr. Gurlitt’s business ledgers will be made public, while respecting the privacy rights of third parties,” the agreement said, adding that they would be posted on the website www.lostart.de.

“Mr. Gurlitt’s business correspondence will also be published there, where not in conflict with the rights of third parties,” it continued. “For this purpose, the papers will first be examined by experts” and kept in the possession of the German government.

Urbach said he would like to see all of the records, not the excised versions, and he questioned why the agreement calls for Germany to own them.

“I don’t know what third parties would be relevant [to protect] after all these years,” he said. “I would say that a collection like this, built on the suffering of Jewish victims in Nazi Germany, does not belong in Europe but rather should be placed in the hands of Jews and used for education. Yad Vashem or the Wiesenthal Center would be perfect locations. There should be no connection to European museums.”

Urbach argued also that the entire Gurlitt collection is suspect because even the paintings Gurlitt's father bought himself were purchased with money he received through forced sales from Jews.

But Rabbi Andrew Baker, director of international Jewish affairs at the American Jewish Committee, welcomed the agreement and said “there is plenty to address in this collection without having to broaden the definition.”

Bobby Brown, director of a now-defunct Israeli group that had worked in behalf of Holocaust victims and their heirs, said he believes the suspect art should be “exhibited in Israel for two reasons — as a moral statement and, if labeled properly, it would increase the chances that legitimate heirs would turn up. … Moving looted art once again will only make it harder for the legitimate owners to make a claim.”

He questioned why Germany was respecting the wishes of Cornelius Gurlitt, “the son of the chief fence of looted art” for the Nazis.

Gurlitt had named the Kunstmuseum Bern as his sole heir before his death in May. The collection, valued at about $1.26 billion, was inherited from his father, Hildebrand, who died in a car crash in 1956. It includes works by Picasso, Matisse, Renoir, Touklouse-Lautrec, Beckman and Durer.

Bavarian authorities confiscated 1,280 works of art from Gurlitt’s Munich home in 2012 during the course of a tax fraud investigation. Another 200 works were subsequently found and seized from Gurlitt’s second home in Salzburg.

News that such a collection and Hildebrand Gurlitt’s papers existed — the elder Gurlitt had claimed after the war that all his business records were destroyed in the bombing of Dresden in 1945 — caused Germany to establish an international task force of art experts to search for the rightful owners of each work.

Greg Schneider, executive vice president of the Conference on Jewish Material Claims Against Germany, said the fact that the agreement calls for the publication of the business journals and ledgers is an accomplishment that his organization had also urged.

“If they do everything they say they will do, it will be very good for claimants because it provides an opportunity for provenance research and publication of all relevant information — full transparency — as well as a claims process,” he said.

He noted that although Bavarian authorities seized Gurlitt’s Munich art collection in 2012, it was more than a year before it was revealed in a news article. In addition, it was another several months before an international task force was assembled to investigate the provenance.

The agreement says the task force will present a status report on its provenance research sometime next year. Any artwork proven to have been looted by the Nazis — “or very likely to be Nazi-looted art” — will be posted on the website www.lostart.de. Germany will incur the expense of returning the art to its rightful owner, and if none has been identified, “the work will be exhibited in Germany with an explanation of its origins so that rightful owners will have the opportunity to submit their claims.”

The Bern museum will be offered the opportunity of exhibiting artwork the task force is unable to say for certain was looted by the Nazis. Should it decline, it would remain in Germany and the provenance research published at www.lostart.de. Germany would return those works later deemed to have been stolen by the Nazis.

The Bern museum will receive all work deemed not Nazi-looted as well as what the Nazis termed “degenerate art” that was removed from publicly owned museums and collections. It may loan these works to other museums, giving priority to the museums from which they were stolen.

But Ron Lauder, president of the World Jewish Congress, said such loans should be conditioned on the museums making a “firm commitment to the Washington Principles” they signed in 1998 promising to look for Nazi-looted art in their own collections.

Lauder said rather than exhibiting unclaimed Nazi-looted art, it “should be sold at auction for the benefit of Holocaust victims.” In addition, he said, all decisions of the task force must be made public “without hiding behind data-protection considerations.”

At a press conference Monday, Christoph Schaeublin, president of the museum’s board of trustees, said the decision to accept the Gurlitt collection was not an easy one and that it took persuading by German Culture Minister Monika Gruetters for the museum to agree.

“Any works of art deemed to be looted art or even considered likely to have been looted art will never darken the doorstep of the [museum]” and, in fact, will “not even touch Swiss territory,” he said. “We will do everything in our powers to return art looted by the Nazis to the descendants of the Nazi regime’s victims as quickly as possible.”

Asked whether he was disturbed that the unclaimed artwork would be displayed in Germany and Switzerland rather than Israel, Schneider said: “I’m not sure the physical location of any particular piece is as important as the fact that it is published and made public. I’m not against the exhibit traveling to Israel, but it is not a key to the restitution process, particularly since we know that not all heirs live in Israel.”

Sam Dubbin, counsel to The Holocaust Survivors Foundations USA, said the leadership of the organization believes Cornelius Gurlitt was complicit with his father in hiding the business papers and artwork and questions “the justification for handing it all over to Gurlitt’s museum of choice.”

“The artwork should be published and displayed in a neutral museum in Israel — not in Germany or Switzerland,” he said. “Everything should be put out in the open immediately. The potential owners of the property should have the information right away.”