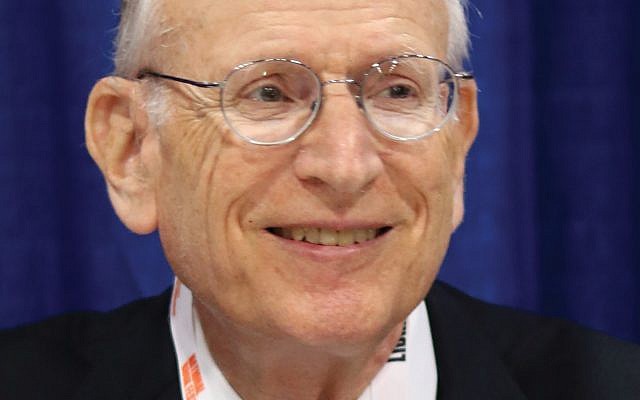 State Department’s Stuart Eizenstat said almost no claims were denied “because of a lack of documentation.” Wikimedia Commons

Since the year 2000, the French government has been paying — in today’s dollars — either a $530 monthly pension or a lump sum of $30,500 in reparations to orphans who had one or two parents deported on French railroad cars to Nazi concentration camps.

This month, the French government virtually doubled reparations it has paid 39 surviving spouses of those who were deported to their deaths on the French railroad. They will receive a maximum of $100,000.

And in a change from other reparations programs, the heirs of spouses who died after the war — or of those who survived deportation on the French railroad — will also be paid. Although this change is clearly a plus for heirs, it has sparked outrage among some survivors and their advocates because the new reparations apply only to heirs who lost one parent via the French railroad, not two.

“If you lost both parents, you were doubly hurt — why should you get less than someone who lost one parent?” asked Harriet Tamen, a lawyer whose clients include 1,000 survivors, their spouses and children. “This isn’t justice.”

Stuart Eizenstat, the special adviser on Holocaust issues for the U.S. State Department, explained that those who lost both parents received reparations from the Orphans Fund created in 2000 and that they are not eligible to apply to the new fund, which totals $60 million.

A total of 867 claims were filed to receive the latest reparations, including 49 from those who survived deportation on the French railroad and who will each be receiving a total compensation of nearly $402,000. 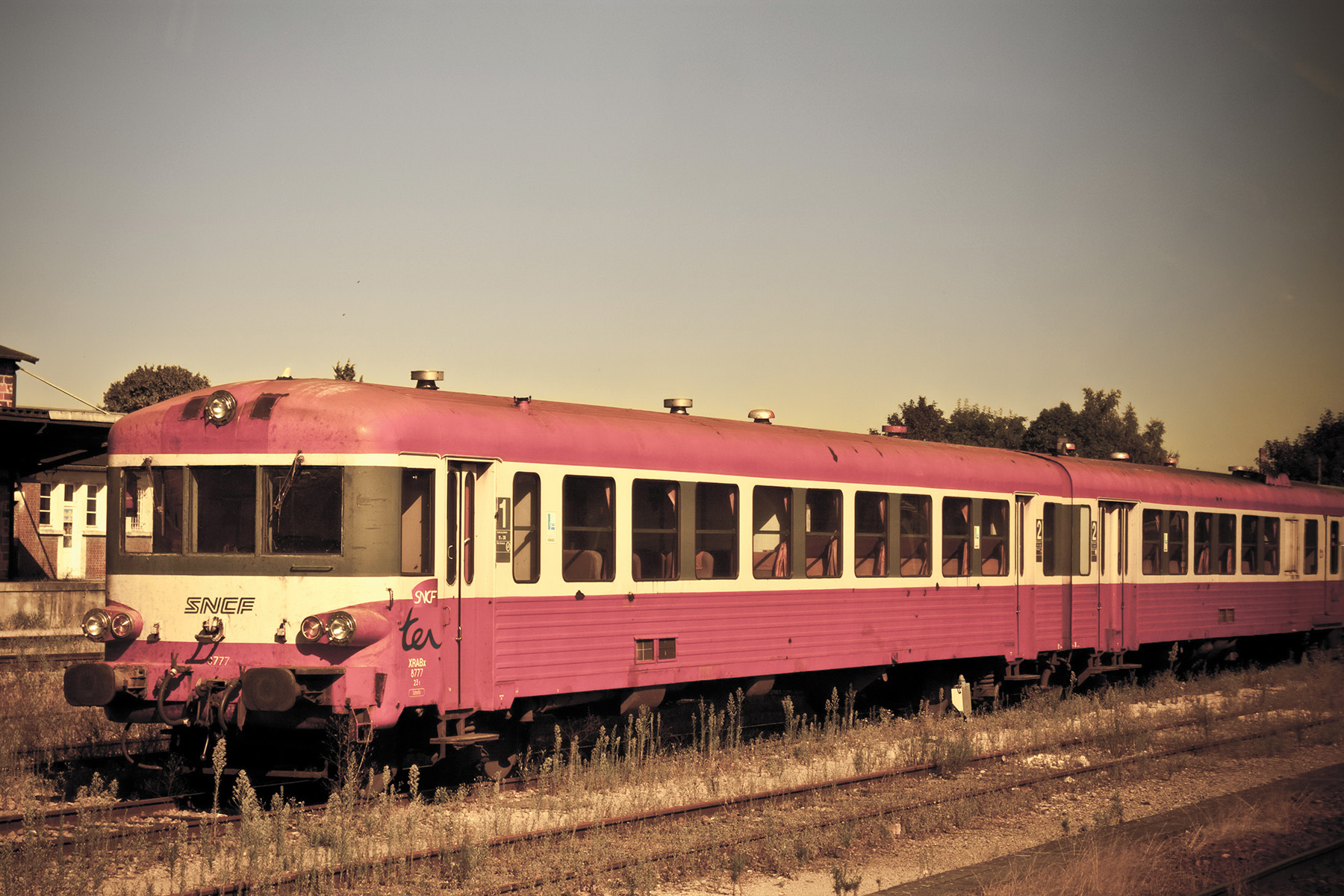 There were a total of 481 claims denied, Eizenstat said, “almost none because of a lack of documentation. … Those rejected were because they did not meet the criteria, and a number had maintained French citizenship [which made them ineligible].” Of the claims that were approved, 194 were from heirs, and they will receive varying amounts of money.

Adele Weltmann, 85, of Aventura, Fla., told The Jewish Week that she has collected from both the Orphans Fund and from the latest French reparation fund. She said that although both of her parents were transported by the French railroad to Nazi concentration camps, only her father was killed; her mother survived and lived until 1982.

However, she said, “my best friend’s mother and father were on a [French railroad] train like my parents” and neither survived the Nazi concentration camp. Her friend applied for and received reparations from the Orphans Fund, but was not eligible to apply for the latest French reparations.

“It’s so wrong,” Weltmann said, fighting back tears. “I am angry at the way they did this. I don’t remember how much I got [from the Orphans Fund], but it was peanuts [compared to the latest reparation]. Each person [who lost a parent on a French railroad train bound for a Nazi concentration camp] should have gotten this latest money.”

A spokesperson for the French Embassy in Washington did not have an immediate response when asked about the disparity in reparations.

Michael Berenbaum, former project director of the U.S. Holocaust Memorial Museum and president and CEO of the Shoal Visual History Foundation, told The Jewish Week that he was pleased the French railroad system “finally conceded responsibility” but that the “issue of equity should be examined — and maybe challenged.”

Were he “theoretically to argue the case,” he said, he would contend that all of those whose parents were transported to their deaths on the French railroad should receive the same compensation. Berenbaum said the amount they received from the Orphans Fund should be deducted from the latest reparation.

The latest reparations, which total $60 million, were agreed to in 2014 in an executive agreement between France and the United States. Agreement was reached after U.S. Holocaust survivors who had been deported to Nazi concentration camps on the French railroad repeatedly sued the French railroad (known as SNCF) and the French government for reparations but lost on technical grounds. The issue came to a head after survivors objected when Keolis — a company affiliated with the French railroad — attempted to secure a lucrative rail contract in the U.S.

In return for France paying the reparations, the U.S. agreed to ask U.S. courts to dismiss any Holocaust-era claims against the French railroad.

The $60 million fund is administered by the U.S. State Department, which distributed about half of the money and withheld the balance to ensure there would be money for other claimants. Now that the deadline has expired for filing claims, the balance of the fund is being disbursed to all qualified claimants.

Lisa Grosh, assistant legal adviser on the agreement, said in an email that there were “very few claims that were denied for lack of documentation, perhaps less than 10.”

Eizenstat added in an email that although “the State Department cannot go into details of individual claims, for Privacy Act issues, [Grosh] has reassured me that the Department made every effort to find any documentation, e.g. of a deportation or a marriage. They were hardly overly strict, using every possible source: Memoire de la Shoah records [Serge] Klarsfeld’s deportation records, the U.S. Holocaust Memorial Museum, ‘ancestry.com’ (which the State paid for to join), U.S. Immigration and Naturalization documents, synagogue obituaries, etc.”

Among the claims rejected for lack of documentation was one submitted by survivor Louis Schneider, 85, of Palm City, Fla. He said he was on a French passenger railroad car believed bound for the Auschwitz death camp when it was bombed by the Allies.

Although he was not able to document his story, it has been accepted by the U.S. Holocaust Memorial Museum in Washington, D.C. The museum’s website includes a video of Schneider describing what happened to him, his mother and sister on the railcar when it was bombed.

Another claim that was rejected was filed by Albert Gutrejman. Before his death last May, he submitted a sworn affidavit in which he said that as a 5-year-old he witnessed the remarriage of his mother nearly a year after his father’s death in 1939. He said his mother was married in a synagogue and that he remembered the name of the rabbi and the synagogue’s general location in Paris. But because of the war, his mother was unable to get a marriage license and she was later deported to Auschwitz and died aboard a French railroad train.

The State Department said the failure of her surviving spouse to have a marriage license made him ineligible for reparations.

Colette Avital, chairwoman of the Center of Organizations of Holocaust Survivors in Israel, Israel’s umbrella organization of Holocaust survivors, said in an email that she was “sorry to hear that the State Department is so strict and demands documents which sometimes cannot be obtained” and would try to discuss the issue with the State Department.

Daniel S. Mariaschin, CEO of B’nai B’rith International, said in an email: “No compensation or restitution negotiation can ever provide closure for the inhumane treatment that Holocaust victims endured. …

“We hope that the authorities who have been entrusted with handling claims will bring both sensitivity and the broadest possible attention to each individual claim.”