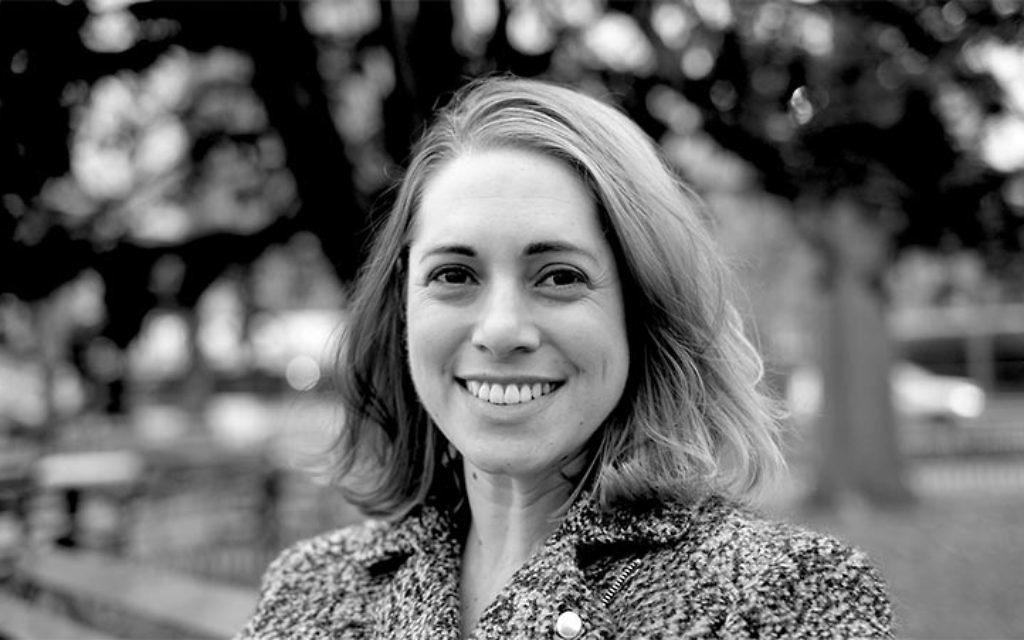 While she was born in the U.S., Mikaela Shwer is always aware that she’s from an immigrant family, with parents and siblings born elsewhere, and a grandmother and many relatives living on a different continent. Shwer, now 33, grew up in a community of Jewish immigrants from South Africa in Phoenix.

Her family left all that was familiar behind, like many immigrants do, “to have better opportunities for their children and generations to come,” she told The Jewish Week in an interview.

When she first met Angy Rivera, then an undocumented immigrant and the subject of her new film, “Don’t Tell Anyone” (No Le Digas a Nadie) — which airs nationally on the PBS series POV (Point of View) on Monday, Sept. 21 — she realized that the young woman’s family had come to the U.S. for the same reasons. But it didn’t have the luxury of entering the U.S. “the right way,” as her family did.

“There isn’t a line for people like Angy and her family,” fleeing poverty and violence in Colombia. For Shwer, it was eye-opening. She hadn’t thought before of all the ramifications of being an undocumented young woman, from not being able to apply for financial aid for college, to fear of getting on an airplane.

Shwer, who attended Camp Ramah and Solomon Schechter day school, first heard of Rivera through a brief article in New York magazine in 2012 about her online advice column, “Ask Angy,” the first column for undocumented youth. Rivera was pictured in a T-shirt with the bold letters, “Undocumented, Unafraid, Unapologetic.” Once Shwer met her, she was taken with Angy’s bravery, and began filming her efforts to help others and to gain a visa for herself.

For many viewers, Angy, now 24, will also be the first undocumented person they encounter. Early in the film, she’s an academic and extra-curricular star at her Queens high school who helps care for her three younger siblings; since they were born in America, they are citizens. When an article appeared about Angy in the Daily News, a retired MTA worker stepped up to pay for her first semester of college.

“I hope that Angy’s story will give a face to the larger issues,” Shwer says. There are more than 11 million undocumented people living in the U.S.

This is the directorial debut for Shwer, who has worked on several other documentary films for HBO, the Sundance Channel and PBS, and now works with Ric Burns at Steeplechase Films. “Don’t Tell Anyone” is told through Angy’s eloquent voice, with scenes shifting from the housing project where she lives with her family, to a “coming-out” demonstration, to the offices of her lawyer.

In an opening scene, Angy admits, “When I wake up, it’s the first thing I think about. Sometimes in my dreams I’m undocumented too.” Her greatest fear was deportation. The film’s title is her mother’s repeated warning to her, “Don’t tell anyone.”

Along with her secret of being undocumented, she also reveals another dark secret: that she had been abused by her mother’s boyfriend. It’s the second fact that ultimately helps her gain a visa.

“Don’t Tell Anyone” airs at a moment when images of refugees in Europe are all over the news, and when the issue of illegal immigration is a central one in the Republican presidential primary battle.

Shwer points to the dire situations in places like Colombia, where people are fleeing, risking their lives. “It’s not an easy journey. The refugee crisis highlights that people are looking for a place to go where they can feel safe.”

For this documentary, the ending is upbeat.

“We go through a lot of dark things in Angy’s story, but ultimately we want people to find hope,” Shwer says, adding that she wants people to take notice and feel inspired to take action, especially with elections coming. “This is a story we should all care about.”