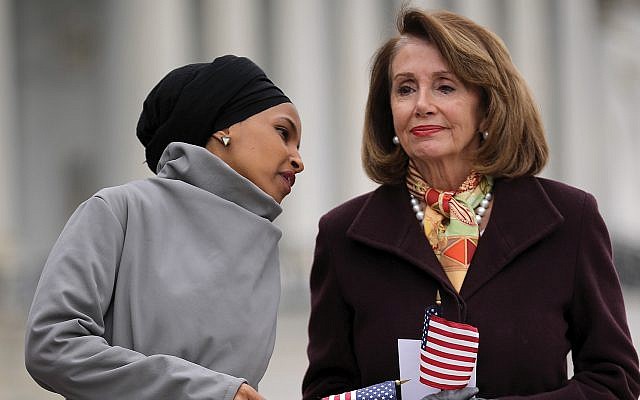 The recent comments of Rep. Ilhan Omar (D-Minn.) were widely interpreted as anti-Semitic, yet they resonated with many progressive Democrats, leading some to believe they have set the stage for a serious re-examination of U.S.-Israeli and U.S.-Palestinian policies.

“I think the importance of this week is that we have changed the dynamics,” said Jeremy Ben-Ami, president of J Street, in a conference call with reporters. “As powerful as it was, a line was drawn. … There was a very significant shift in the way the Democratic Party in particular operates on this issue.”

Joining him on the call was James Zogby, president of the Arab American Institute, who said they both “agree now on what needs to be done — to address some of the critical issues that have informed for too long the Israeli-Palestinian conflict. The urgency of Democrats in Congress is to begin to undo the damage that has been done to the Palestinians over the last two years.”

But others insist that such moves would simply play into the hands of President Donald Trump, who last Friday told reporters: “The Democrats have become an anti-Israel party. They’ve become an anti-Jewish party, and that’s too bad.” That evening he reportedly told Republican National Committee donors in Florida, “The Democrats hate Jewish people.”

As if to bolster the progressives’ argument, a Gallup Poll released last week found that the percentage of Democrats siding more with Israel than the Palestinians in the Middle East conflict fell from 49 percent to 43 percent in the past year, the lowest level since 2005. And nearly as many liberal Democrats sympathize with the Palestinians (38 percent) as with the Israelis (41 percent). By contrast, Conservative Republicans remain the most sympathetic to Israel at 81 percent. 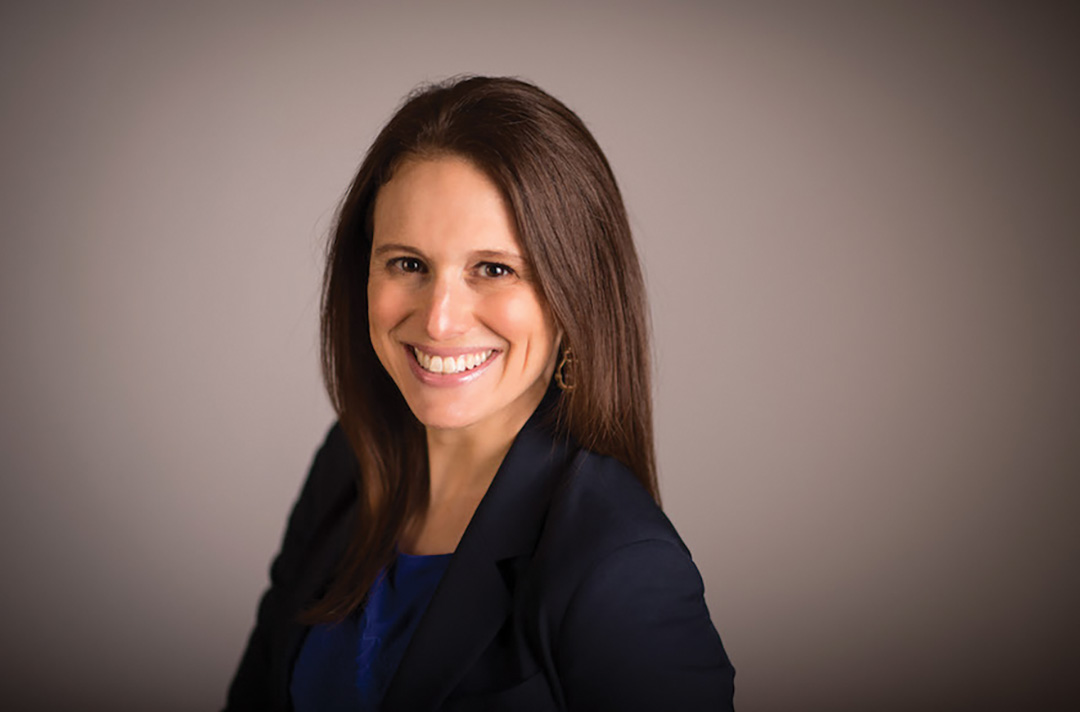 ‘Israel retains strong support in the Democratic Party and [Omar’s] views represent a very small minority.’ Jewish Democratic Council of America’s Halie Soifer
Were the Democrats now to begin orchestrating a re-evaluation of U.S. policy towards Israel and the Palestinians, “it would hand Donald Trump and the Republicans an issue ahead of the 2020 election, and I think they would not be thinking strategically,” observed Aaron David Miller, a former Middle East negotiator for Republican and Democratic administrations and currently a vice president at the Woodrow Wilson International Center for Scholars.

But that apparently is exactly what some Democrats in Congress are pressing for, according to the Washington Post. It reported that after the House leadership planned a vote on a resolution condemning anti-Semitism without naming Omar, a testy meeting was held with some freshman House Democrats.

“The session quickly became rancorous, reflecting splinters over wider issues such as America’s long-standing support for Israel, the appropriate response to racial and religious grievances, and a new generation’s reliance on social media,” the newspaper reported.

IfNotNow, an American Jewish group opposed to the Israeli occupation of the West Bank, later claimed credit for mobilizing “thousands to sign our petition” calling for a condemnation of “white nationalism” rather than simply anti-Semitism. The resolution finally adopted condemned anti-Semitism, Islamophobia and other “hateful expressions of intolerance.”

IfNotNow wrote in an email: “We’re witnessing a tidal shift in our country’s politics. For too long, criticism of Israel and the occupation have been labeled as anti-Semitic, silencing real debate. This victory shows that the status quo is changing.”

The group’s spokesman, Yonah Lieberman, told The Jewish Week, “The political conversation has clearly changed; there is no denying that. It is nearly impossible to defend the belief that you should support Israel no matter what. That is no longer a defensible position.”

But it was not so much the substance of Omar’s comments that rankled the leadership as the way she expressed it, according to David Makovsky, the Ziegler distinguished fellow at the Washington Institute and director of its Project on the Middle East Peace Process.

“Three times she questioned the motivation of those who support Israel; that’s why it was so pernicious,” he said.

He was referring to Omar’s comments last month in which she suggested that American Jews cannot be loyal citizens of the U.S. She said: “I want to talk about the political influence in this country that says it is OK for people to push for allegiance to a foreign country.” 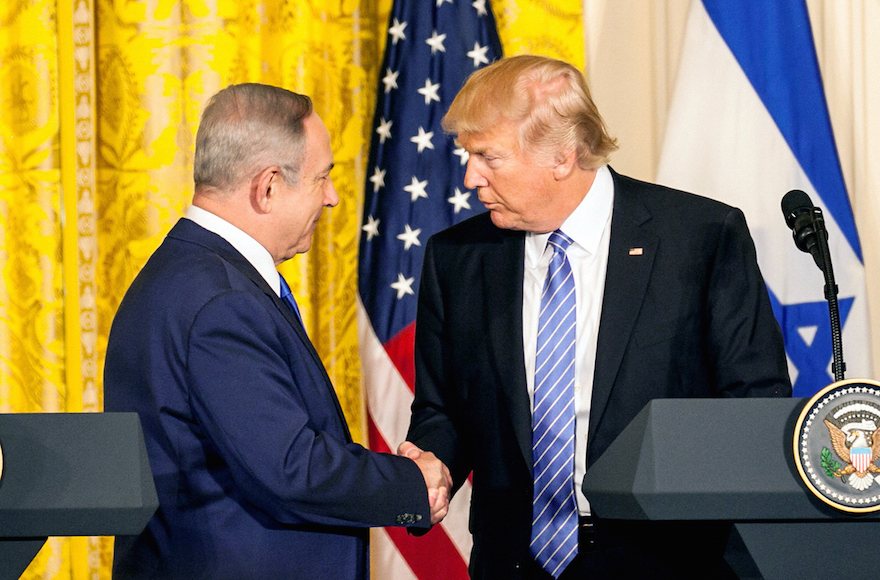 One of the first Muslim congresswomen, Omar also tweeted that defending Israel was “all about the Benjamins,” a reference to $100 banknotes featuring Benjamin Franklin. And in a 2012 tweet she wrote that Israel had “hypnotized the world.”

Speaking on the House floor, Rep. Ted Deutch of Florida, who is Jewish, questioned why the House was “unable to singularly condemn anti-Semitism.” (On Feb. 13, the House overwhelmingly voted to take a stand against anti-Semitism exclusively. It was done as an amendment to a resolution concerning Yemen.)

The Zionist Organization of America criticized the House statement, calling it “woefully inadequate, watered-down, distorted” and for failing to “strongly condemn” Omar. The Anti-Defamation League, on the other hand, welcomed it, noting it explicitly rejected “the pernicious myth of dual loyalty and other vile slurs that have been used to persecute Jews for centuries.”

Trump called the resolution “a disgrace.” But his claims that the Democratic Party is “anti-Israel” and “anti-Jewish” were quickly countered by the Jewish Democratic Council of America (JDCA), which said in a statement that his facts are “just WRONG.”

“In the midterm elections, 82 percent of the two-party Jewish vote went to Democrats,” it pointed out. “As of early October, 70 percent of Jewish voters disapproved of Trump’s handling of the rise of anti-Semitism in our country. Those are FACTS.” 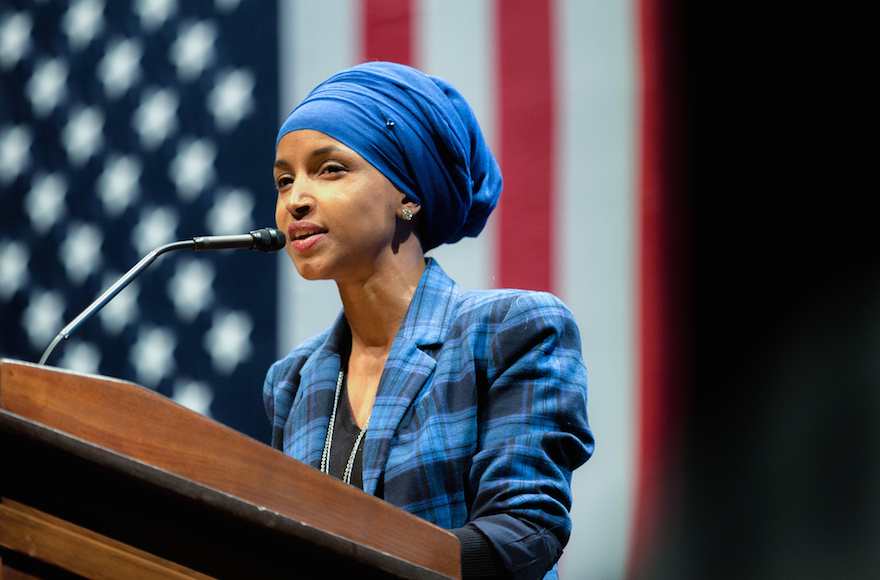 It noted that with Trump in the White House, Jewish support for Republicans has dropped from 24 to 17 percent. And a Gallup Poll released last week found that for the years 2017-2019, 58 percent of liberal Democrats and 66 percent of moderate/conservative Democrats viewed Israel “very/mostly favorable.”

Last August the U.S. Senate passed a measure that codifies into law the $38 billion defense aid package for Israel over 10 years. It had been negotiated during the final days of the Obama administration.

Makovsky told The Jewish Week that “the brilliant success of Israel has been its ability to remain a bipartisan issue … and that is why economic aid for Israel has been forthcoming over the last 40 years.”

Miller, the former Middle East negotiator, said he does not think a re-evaluation on Israel policy will even take place.

“U.S. policy will change when you have scores of House members and influential senators who are prepared to discuss whether Israel is pursuing the right policy towards Palestinians and the U.S.,” he said. “But that is not what I see now and I don’t think I will.”

Nevertheless, he said, the “Democrats have a major problem – trying to reconcile the views of younger generation Democratic progressives who have a fair amount of grassroots support,” he said. “The last thing we need now is a fundamental split on Israel or issues related to domestic political support for Israel.”

Former Rep. Steve Israel, a Democrat from Long Island who was a member of the House leadership before he retired in 2017, said he, too, is convinced that U.S. policies toward Israel will remain the same. “Democrats will still vote overwhelmingly for Israel’s anti-missile defense needs, overwhelmingly for foreign military financing and to support Israel when it is under attack. … That is the way it should be.”

But he too expressed concern that “at a grassroots level we are seeing a diminution of support for Israel among progressives, and that is largely the tragic result of the BDS [boycott, divestment and sanctions] movement. Supporters of Israel need to do a much better job of educating young progressives about the fundamental democratic and progressive values of the State of Israel. That is a much more significant challenge than anything that is happening on Capitol Hill.”