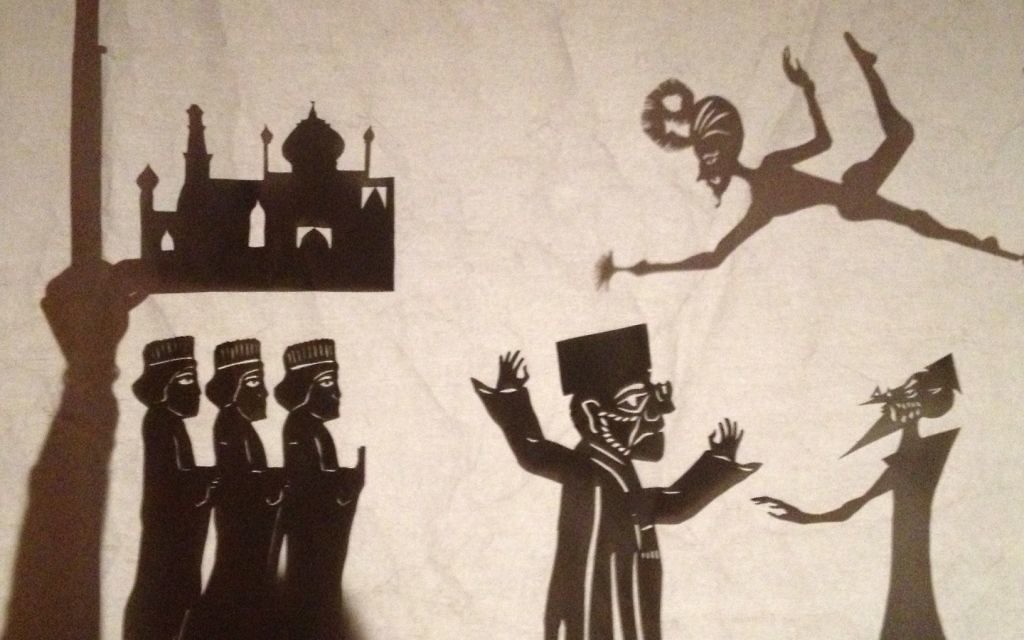 It all started when the puppeteer Randy Ginsburg went to Bali at the age of 22 and his orthodox Jewish friends expressed fears that he would worship pagan gods.

Randy did his best to explain that his watching the Balinese enact their ritual dramas was not a form of cross-worship despite the religious significance it carried. But then he began to wonder if Jews ever do ritual enactments of their own, “not just dressing up as a king as we do on Purim, but allowing ourselves to be inhabited by the characters.” Jews tend to shy away from possession by God or other personae, but on the other hand, there is certainly plenty of Jewish ritual, not to mention drama.

Our conversation is zeroing in on why Ginsburg decided to reenact the Purim story through theatrical puppetry. It was a way of coming close to ritual drama while remaining within his own tradition. The Whole Megillah, like ritual drama, is a set event that is enacted over and over again. The Purim ritual traditionally involves a public reading of a vibrant, sexy, somewhat chaotic narrative that calls for audience response (grinding those noisy graggers to drown out the bad guy) and like a ritual drama, we all know how it’sgoing to end (once again this year, the Jews will be victorious.) Borrowing from ritual drama, Ginsburg says, “It blurs history and myth to make a good story and achieve its purpose.”

So in this experimental piece Ginsburg is telling the Purim story in a way that is at once quasi-traditional – he has a rabbi figure read the text aloud in English — but certainly not predictable. When they unwrap the giant megillah a naked-looking lady is “unscrolled” along with the parchment. The narrator rabbi and the burlesque showgirl dialogue over certain issues like why Vashti is beheaded and why the final bloodshed that might have been avoided is relished instead. Ginsburg explains, “It is traditional to tell this ancient story with contemporary or political references.” The bigger question is, “We have the story as it is written, but does it still serve us’?

In keeping with the tradition he adds, “While this performance touches on issues of social justice, it is still a light performance within the tradition of Purim spiels. Yes, we pepper the story with political winks and nods but it is not supposed to be a protest performance. We are enacting a ritual performance of this story to see how it resonates with our contemporary story, today.”

Ginsburg will be participating in the Asylum: International Jewish Artist Retreat, run by Six Points Fellowship in conjunction with ROI Community, that will be taking place in New York next month.