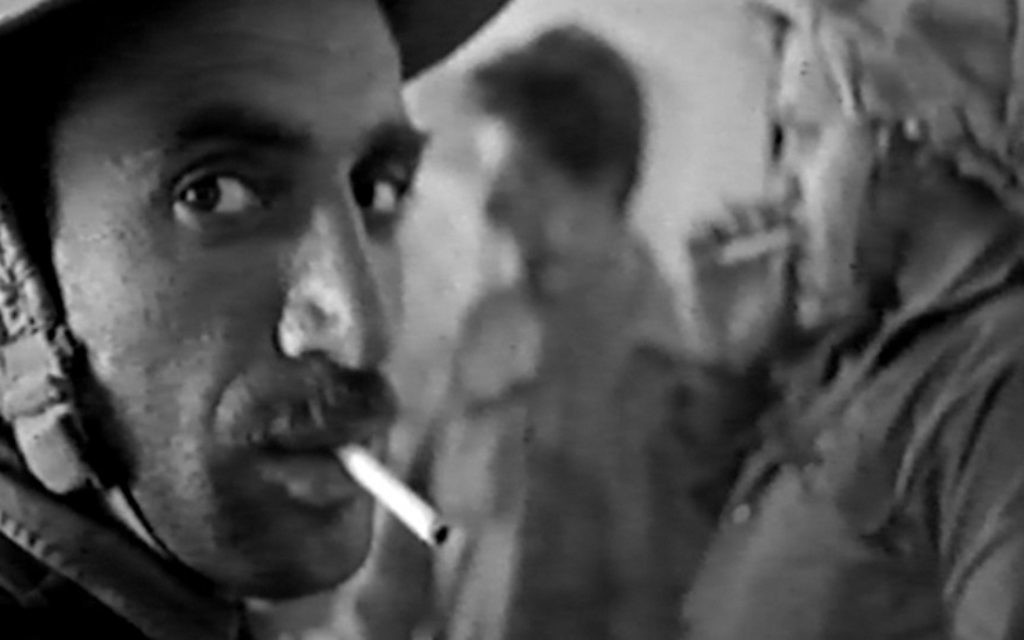 This has been an autumn in which all the news from the Middle East suggests that the entire population of the region has gone quite mad. Whether it has been Jews burning babies, 12-year-old Palestinians stabbing Israeli kids of the same age, or the prime minister shifting the blame for the Shoah away from Hitler, the past several months have been a nightmare for anyone who cares about Israelis or Palestinians.

It may sound unlikely, but this year’s Other Israel Film Festival, which begins next week, may provide a few flashes of light amidst the gloom of the daily reports. Now in its ninth year, the festival has evolved from a showcase for films by and about the region’s minorities to a sturdy fixture on the fall film circuit that examines the ever-complicated realities of the Jewish state from a multiplicity of viewpoints.

It appears that this year’s event is focusing on two disparate but not unrelated themes: the need for and fruits of intercultural cooperation, and the tendency of Zionist thought to return inevitably to self-definition and self-criticism.

The two most prominent films on the schedule, both of which will open theatrically not long after the festival, are rather painful documentary efforts in the latter vein. “Censored Voices,” by Mor Loushy, has already stirred considerable ire among American neoconservatives and their Israeli counterparts. I suspect that “Colliding Dreams,” the first directorial collaboration for two of the most reliable local Jewish filmmakers, Joseph Dorman and Oren Rudavsky, may have the same result.

In the month that followed the Six-Day War, a young writer and soldier named Amos Oz went around the kibbutzim with a tape recorder, soliciting the recollections of fellow combat survivors. Those tapes would be the basis of a book, “The Seventh Day,” edited by Avram Shapira. At the time, only 30 percent of the transcripts were used, in large part due to military censorship. Nearly 50 years later, those tapes, no longer embargoed, serve as the spine for Loushy’s film.

The memories — and the wounds, physical and psychical — were fresh. The young men were articulate and understandably devastated by what they had seen. For nearly all of them, the elation that the rest of Israel felt was short-lived. Loushy matches the voices on her soundtrack with footage from the period, much of it unseen since the war itself, and shots of the same witnesses as they are today, sitting silently and listening to their younger selves.

As Oz drily observes at the outset, “people did not come back happy from [the] war.” One of the witnesses is asked if he thought about “the homeland” during combat and he retorts, “Not for a second.” Others dismiss the recovery of the Kotel as meaningless to them. These emotions coming from young Jewish soldiers of the IDF seem as unfamiliar as the images that accompany them, although we have heard much worse as the succession of wars has continued.

Even the atrocity stories, the source of much of the rage since “Censored Voices” played Israel and the festival circuit, are a preview of worse to come from generations to follow. However, it is during a recollection of action in the Sinai theater, with the brutal killing of newly seized prisoners, that Loushy makes what I feel is a single serious misstep, cutting from footage of a battle winding down and Egyptian soldiers surrendering to post-battle footage of corpse-and-wreckage strewn desertscapes, with the implication that what we are seeing is what was being described in the 1967 recordings. The film ends with a disclaimer that says that the images are not to be construed as depicting what the taped testimony recalls, but that bell rang a half-hour earlier.

More troubling, and a depressing preview of worse to come, are the reminiscences of the men who fought in the heavily populated Jerusalem area. As one of them bluntly states, “When you come in contact with civilians, it’s horrible.” Although this was no guerrilla war, the involvement of the civilian population was unavoidable and occasionally tragic. Evacuating non-combatants was a nightmare and, as one of them says, “That’s not why I went to war.”

Were these young men the victims of their own naïveté? In wartime, combat soldiers do awful things. Civilians suffer needlessly. Popular culture had ignored (or severely downplayed) those truths, except when the crimes were committed by our enemies and the civilians were our own. In the aftermath of filmed and televised atrocities, from Vietnam to this morning’s front pages, we are now vastly more sophisticated, jaded or inured to such events.

And that, sadly, is what one finally takes away from “Censored Voices.”

Amos Oz is nearly the only famous Israeli opinion-maker who doesn’t turn up in “Colliding Dreams,” a 149-minute documentary that attempts to squeeze the history of Zionism and the state of Israel into a too-small package. Among the familiar names and faces that run through the film are A.B. Yehoshua, Yoram Kaniuk, Hillel Halkin, Yossi Klein Halevi, Hanan Ashrawi, Sari Nussibeih, Moshe Halbertal, several founders of Peace Now and a couple of prominent members of the settler movement. The directors possess admirable track records. Dorman is responsible for “Arguing the World” and “Sholem Aleichem: Laughing in the Darkness,” Rudavsky for “A Life Apart: Hasidism in America” and “Hiding and Seeking.”

In truth, many of the speakers in the film are highly effective, particularly Halkin and Mordecai Bar-On, who have the most screen time and the best lines, so to speak. The story they all tell is, of course, a compelling one, and with its dominant focus on the intellectual conflicts within the Zionist movement, the film has a tone of slightly cool detachment that is both effective and appropriate. The problem is that at two-and-a-half hours, it is both too long and too short. Essentially, “Dreams” would work better as a four- or five-hour miniseries or a Marcel Ophuls-style megafilm.

By far the greater problem, though, is the sheer familiarity of the subject matter, which is not helped by the chronological structure. After many programs on PBS and the like, we have heard these arguments and seen a lot of this footage. For most of its length, “Colliding Dreams” is better crafted and more subtle and thoughtful than its predecessors (although the last half-hour seems painfully attenuated), and its parade of highly articulate observers offers some intelligent and witty commentary; but very little that feels new.

By comparison, “Jerusalem Boxing Club” by Helen Yanovsky and “Arab Movie” by Eyal Sagui Bizawe and Sara Tsifroni seem delightfully fresh and, with each about an hour long, concise. Each focuses on a phenomenon that is at once uniquely Israeli — the proliferation of amateur boxing clubs, the Friday afternoon broadcasts of Egyptian musicals and melodramas on the Israel Broadcasting Authority — and yet somehow universal. There have been many portraits of inspirational coaches like Gershon Luxemburg, who runs the eponymous gym in Jerusalem, of men and women who give selflessly to their young charges, and an equal number of affectionate, nostalgic recollections of the impact of pop culture on previous eras.

Both these films go about their tasks with a cheerful countenance, and the settings of their subject within the turbulent bouillabaisse of contemporary Israel makes their messages of cooperation and enjoyment across class and cultures all the more effective. “Jerusalem Boxing Club,” in particular, could be profitably extended by another half-hour or so, but each of these films is pretty nearly perfect as is.

The Other Israel Film Festival, now in its ninth year, will run Nov. 5-12. It is presented by the Israel Film Center at JCC Manhattan (76th Street and Amsterdam Avenue), which hosts many of the events. In addition to the films, there will be sessions with many of the filmmakers, including a panel discussion on Israeli film censorship, moderated by Jewish Week’s George Robinson. For complete listings and information, go to www.otherisrael.org.