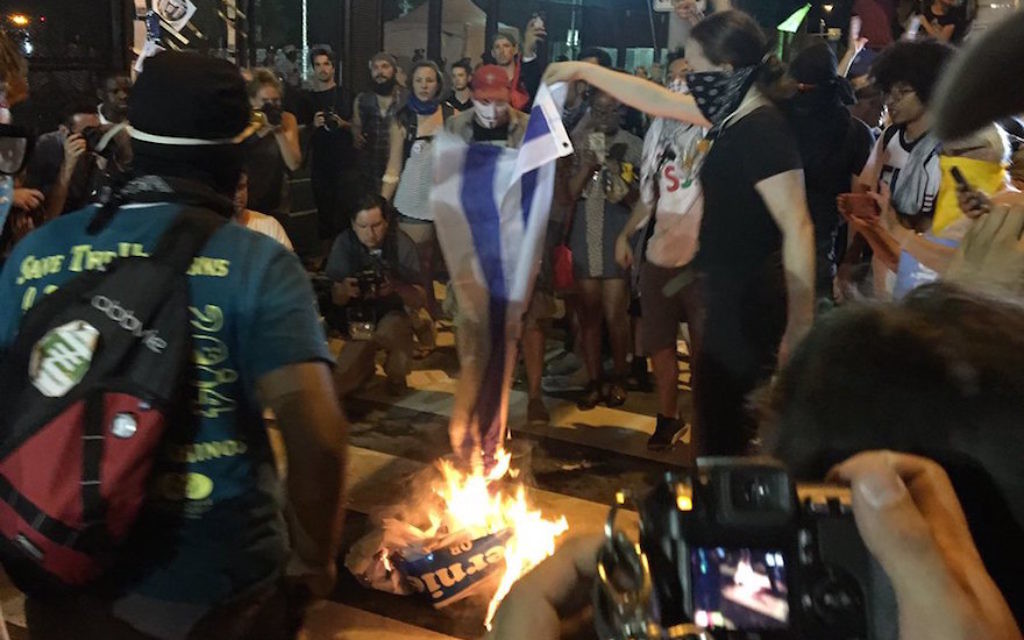 An Israeli flag was set alight as protesters chanted “Long live the intifada” outside the venue of the Democratic National Convention in Philadelphia.

Protesters also burned pro-Bernie Sanders posters and some American flags on Tuesday night as Hillary Clinton was being nominated the party’s official presidential candidate. Palestinian flags also were waved both inside the convention and outside the Wells Fargo Center in downtown Philadelphia.

Photos of the flag burning were posted on social media.

Protesters are burning an Israeli flag now in front of the secure perimeter and chanting "intifada" pic.twitter.com/6YfGHBhR6z

The Israeli flag was burned by a woman who concealed her face with a black bandana as people around her reportedly cheered.

The National Jewish Democratic Council in a tweet called the flag burning “Disgusting and totally reprehensible” and the protesters “anti-progressive.”

Disgusting and totally reprehensible. These protestors aren't only wrong, but are fundamentally anti-progressive. https://t.co/aL4aub3Rua